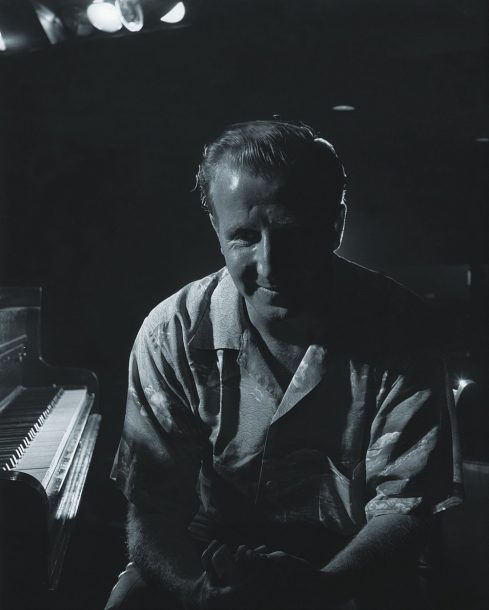 There is a new jazz club in New York City. That’s not such a startling revelation. Clubs of all sizes and denominations are always opening and closing in NYC, but this Manhattan cellar is a bit different.

Le Jazz Au Bar (41 East 58th Street) is really about a new policy that the 17-year-old Au Bar instituted in February, after a jazz event with Italian alto-sax prodigy Francesco Cafiso was held there in January during the IAJE convention.

Au Bar began as a dance club, and it still operates as such after the jazz sets are over, but the space has a prior jazz history. In the 1970s Au Bar was the site for Storyville, opened by George Wein and managed by Rigmor Newman, then wife of the late trumpeter Joe Newman. One of its most memorable nights was the “homecoming” of Dexter Gordon in 1976 when people lined up in the rain waiting (and hoping) to descend the two sets of stairs into the main room.

The stairs are still in place, more fully upholstered as is the interior. Oriental rugs are underfoot, sconces and paintings adorn the walls and there was even a library section (I didn’t check to see if the books were real) with a circular banquette.

The atmosphere is warm and clubby, and George Shearing’s no-drums trio was a perfect fit. Both longtime bassist Neil Swainson and guitarist Reg Schwager, who entered Shearing’s ken when George reinstituted his quintet format in the mid-’90s, are skilled ensemble interactors and captivating soloists. Swainson articulates his linear solos with great clarity and Schwager also flows effortlessly with a pleasantly damped sound.

Shearing, who turns 85 on August 13, has not lost his touch, figuratively and literally. On “Who Can I Turn To?” (George said it should correctly be titled “To Whom Should I Turn?”) he alternated a deft single line with his signature chordal passages. The repertoire was wide-ranging, from “So Rare,” a Jimmy Dorsey hit of the ’50s that Shearing has had in his book since the ’40s, to Oscar Pettiford’s “Tricrotism,” where Swainson cleverly interpolated another of Pettiford’s originals, “Swinging Till the Girls Get Home.”

For his part Shearing worked the Buster Harding and Roy Eldridge number “Little Jazz” into Benny Carter’s “When Light Are Low.” Ellington was represented by “All Too Soon,” which showed Shearing’s talent in exposing a melody. Only a master can play a ballad at a really slow pace and keep it from enervation.

A trio as tight as a prizefighter’s fist stated the darting line of Charlie Parker’s “Moose the Mooche.” On this bop anthem Shearing broke into stride, of all things, midway through his solo. Then, the pianist does like to surprise: “Night and Day” morphed into Beethoven’s “Moonlight Sonata,” and Trane’s “Giant Steps” was treated as a bossa nova!

The set ended with Thad Jones’ “A Child Is Born,” melody only, one time down with feeling. Right before had come the de rigeur “Lullaby of Birdland,” Shearing’s most famous song. It also is the title of his autobiography, out in April, along with a boxed collection from Concord.

One final note: If Le Jazz Au Bar is elegant, it’s also pricey. The food/drink minimum is $25, and the cover for Shearing was $75. The cover for the two previous shows, Dee Dee Bridgewater and Marlena Shaw, were $35 for weeknights and $50 on weekends.