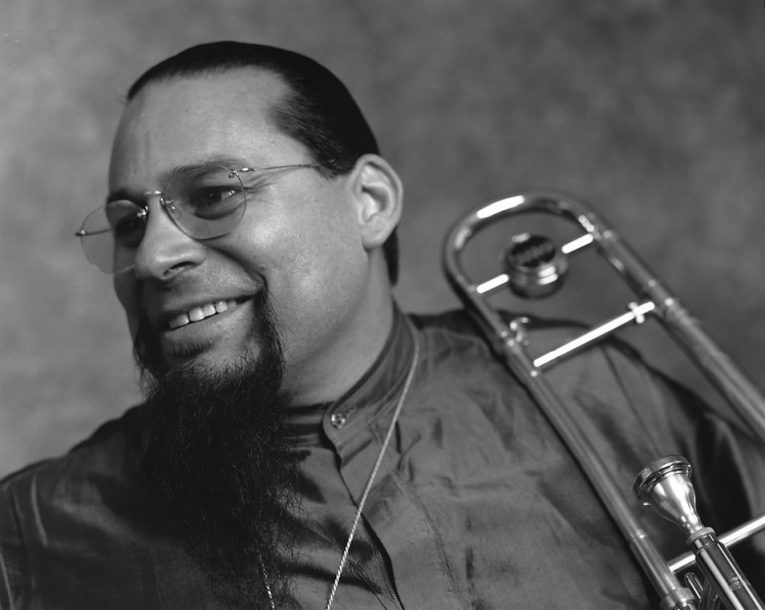 My trip down to the Caribbean for the first annual Tranquility Jazz Festival was a washout-literally. While visions of lying on the sandy white beaches of Anguilla, sipping rum punches in a Speedo, snorkeling for coral and otherwise cavorting in enticing pools of aqua blue surf danced in my head, the reality was record amounts of rain that approached biblical proportions. Not knowing whether to begin building an ark out of discarded coconuts and conch shells or embrace the foul elements by making the best of a wet situation, I decided to let the drama unfold, hoping for a ray of sun to break through the monsoon-like conditions from day to day and put a smiley face on the relentlessly gloomy, rain-soaked proceedings. It never happened. Locals on the tiny island, a British Dependent Territory, said it was the most rain they had gotten in November in more than two generations. The relentless rainfall produced widespread erosion on the primitive dirt roads, which made traveling difficult, along with oodles of puddles of water, which produced tons of mosquitoes and-you get the picture.

In the four days that I spent in Anguilla, I never donned my newly purchased sunglasses once and never cracked the seal on a fresh bottle of sunscreen. The prevailing weather system which hovered over the island like an evil shroud of doom, combined with an abundance of lightning dancing around our tiny propeller-driven plane on a frightening ride from Anguilla to San Juan on the way back home, turned this journey into my own personal Fear And Loathing in Anguilla. Thank god there was a continual supply of free rum punches, courtesy of the Anguilla Tourist Board, to help wash away the blues that wouldn’t leave.

Originally scheduled to take place out-of-doors on a beach site aptly named Sandy Ground, this BET-sponsored event was moved indoors due to dangers presented by lightning. The impromptu move to the lobby of the CuisinArt Resort & Spa, a venue ill-equipped to handle anything more than a piano trio and certainly unable to accommodate the numbers of people they were expecting at the original beach site, was apparently not communicated to all as several brave would-be fest-goers showed up at the drenched, deserted beach fully expecting a show. Those who did get the word in time crammed into the CuisinArt lobby, where they were forced to scuffle with a couple hundred or so fellow attendees for good sightlines in a makeshift space allocated for the concert.

The music, like the event itself, was similarly thrown together, as is often the case in these one-off all-star scenarios. And since the actual location of the festival’s opening night remained a mystery up until a few hours before concert time, Friday night’s all-star aggregation had virtually no rehearsal time. But with Eric Reed’s working trio (featuring bassist Barak Mori and drummer Rodney Green) providing a swinging foundation, a triumvirate of great saxophonists-altoists Donald Harrison and Bobby Watson along with revered jazz elder James Moody on tenor-was able to bring a set of well-worn standards to life. Though each player on the gig was an accomplished bandleader and composer in his own right with new product recently out or about to come out-Reed’s E-Bop on Savant, Watson’s Live & Learn on Palmetto, Harrison’s Paradise Found on First Orleans Music Productions and Moody’s upcoming Homage on Savoy Jazz-Real Book fare was all that this band of jazz vets could tackle given such little preparation. But it was the power of their individual expressiveness and their collective joie de swing that elevated an ordinary standards gig into something more special.

Alto burner Watson played with sparkling fluidity and speed throughout the set before acquitting himself beautifully on Mal Waldron’s gorgeous ballad “Soul Eyes.” Harrison summoned up Bird-like facility during his solo break on “A Night In Tunisia” while Moody’s solo section on that same Ellington staple revealed a player who, at age 78, is still brimming with ideas, fully in command of his horn and oozing soul while exhibiting an infinite capacity to swing. Moody further endeared himself to this hotel assembly, raising dampened spirits in the process, with one of his classic bits of showmanship-singing and yodeling his way through Eddie Jefferson’s parody of “Pennies From Heaven” (“Benny’s From Heaven”), with the title serving as the punchline for a lengthy joke about a question of paternity (…well then Benny’s from heaven/’cause he damn sure ain’t from me!”)

While Friday night had been a strictly off-the-cuff adventure for festival-goers, who gathered in the CuisinArt lobby like giddy New Yorkers camping out on the street during the city’s massive blackout of 2003, Saturday night (which was filmed for later broadcast on BET) was a far more organized and formal affair. Rows of seats were set up in the hotel lobby to create an intimate concert setting while effectively eliminating the possibility of casual milling and hanging by patrons. But the evening’s aggregation of all-stars, anchored by the remarkable Hilton Ruiz on piano and featuring Leon Lee Dorsey on bass, Steve Berrios on drums, Steve Turre on trombone, Sonny Fortune on alto sax and flute and Dave Valentin on flute, rose to the occasion with a dazzling and diverse set of music. Ruiz’s trio opened on an energized note with a highly-charged rendition of John Coltrane’s “Moment’s Notice,” with the pianist putting a hypnotic son montuno underneath it all at one point. He followed with Horace Silver’s funky soul-jazz opus “Home Cookin’,” which lit up the crowd and produced some hip swaying by those standing on the sidelines. Special guest Vanessa Rubin appeared with the full ensemble, offering earthy tones and a knowing sense of swing on “The More I Want You,” which also featured a fluid and fiery alto solo by Fortune. Rubin also revealed a patient, rhythmically confident delivery and soulful élan on the ballad “Never Let Me Go,” which featured a particularly emotive plunger solo by Turre. The charismatic trombonist later awed the uninitiated with his trademark shell playing, eliciting the crowd’s loudest ovation of the evening. Fortune’s haunting original, “Mind Games,” was a vehicle for his often overlooked flute playing while full-time flutist Valentin thrilled the crowd with a dramatic solo flute intro to Wayne Shorter’s “Footprints.” Both flutists then joined on a soothing rendition of Freddie Hubbard’s “Little Sunflower” before the whole ensemble closed with an invigorating version of Trane’s “Impressions.”

Ironically, the skies cleared for a brief period on the third evening, allowing three modestly talented local acts to perform at the original site on an actual stage with a professional sound and lights display right there on the white sandy beach. Trombonist Turre graciously sat in with the Anguilla Community Jazz Ensemble at one point, offering a brief glimpse of what might have been. But as it turned out, the first annual Tranquility Jazz Festival was hardly the paradise that BET had promised. There was precious little tranquility to be had in all the gloom and downpour. And no amount of free rum punches and lobster (thank you very much Mollie Tichy and the Anguilla Tourist Board) can alter that groove-killing fact.

So thanks for nothing, Mother Nature.