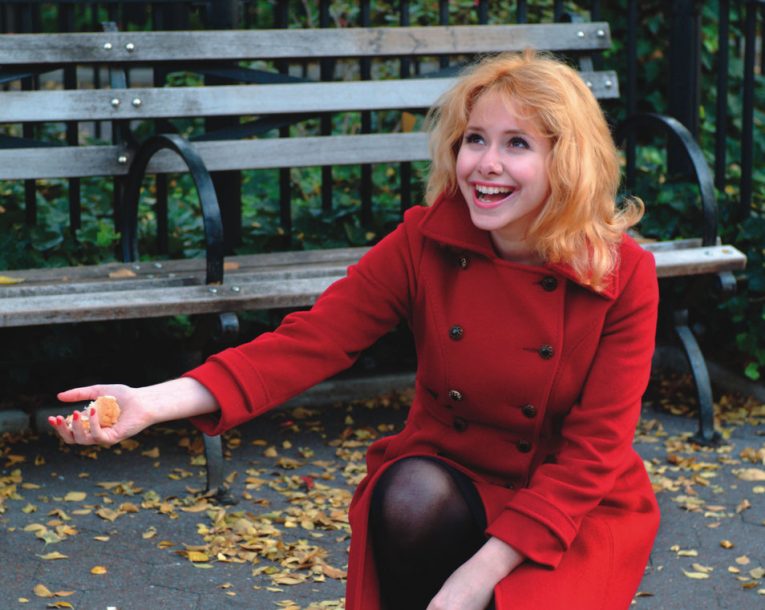 For much of the summer, the Delacorte is home to the Public Theater’s wildly popular Shakespeare in the Park. This year, the outdoor theatre stayed open past final call for a two-week concert series presented by the Public’s plush music room, Joe’s Pub, with corporate support from MTV2 and VH1. Befitting both the setting and the sponsors, “Joe’s Pub in the Park” featured artists who balance mainstream appeal with hipster cred. On this evening, the resulting concert was a study in contrasts — and a glimpse at some fresh possibilities for a backward-glancing jazz-vocal field.

Whether Jamie Cullum, Nellie McKay and Raul Midon are jazz singers, technically speaking, is a debate better left to semanticists. There’s no disputing the fact that jazz has shaped each artist’s sensibilities, even as they blend in aspects of pop, cabaret, hip-hop, rock and soul. Effortless eclecticism is an honest hallmark of their generation — all three grew up in an era shaped by the aesthetic and argot of Music Television. Never mind that McKay seems to regard TV as an anthropological curio, and Midón is blind. Cullum makes up for both of them: At the time of this show, he could also be seen guest-hosting VH1’s Top 20 Countdown, where the video for his sensitive-loner anthem “All at Sea” held a position at number 11.

Cullum, who closed the evening, announced that it was the eve of his 25th birthday — sparking a “Happy Birthday” chorus from the bleachers later in the set. The singer’s age is a significant detail, given the emphasis he places on it. His opener was the title song from Twentysomething (Verve) — an ode, he says, to the futility of schooling. He got a good laugh during the early line “I’m an expert on Shakespeare,” given a scenic backdrop left over from the Public’s production of Much Ado About Nothing. But the tune, with its jaunty bass vamp (a la Charles Mingus’ “Haitian Fight Song”), offered a rather rosy take on rudderless angst. “The truth eludes me so much it hurts,” Cullum sighed, then quickly shrugged: “But I’m still having fun, and I guess that’s the key / I’m a twentysomething and I’ll keep being me.” It’s a Puckish impulse that guides the platinum-seller, whether he’s good-naturedly jazzing up the Neptunes’ “Frontin'” or mounting his Steinway for “I Get a Kick Out of You.” In the middle of Radiohead’s “High and Dry,” the elfin entertainer even made good on a promise to sprint up the set’s grand staircase. From the landing, he led the house in a three-part sing-a-long of “Singin’ in the Rain.”

It wasn’t the first audience participation of the evening. McKay started her solo-piano set with “Work Song,” which includes the ever-so-catchy refrain “Joo Ming Boo Haa Ooo” (translation, per McKay: “Help — there is no exit”). From the piano, the 20-year-old implored her audience to divvy up this line and two serpentine “aaaaaaa” parts, for a cacophonous three-part canon that evoked nervous twitters. It was almost as daring an opening move as the preamble, which found McKay emerging in overalls to ad-lib some awkward Shakespearean utterances. “You don’t have to try so hard to like me,” she stammered coyly, when the exercise was over. But her set made it difficult to dislike her — and damn near impossible to tune her out. Where Cullum wins fans over with well-polished rakishness, McKay grabs listeners by the lapels with jagged-edge originality. It’s not exactly the difference between style and substance, but it comes pretty close.

As a singer, composer and pianist, McKay is a tangled mess of influences. She’s a self-avowed Doris Day fan whose between-song patter includes references to Bob Hope and Hedy Lamar, but there’s an insistence on contemporaneousness in her work, and not just when she’s breathlessly rapping about current events. A half-dozen or so songs in her repertoire reveal mastery of Tin Pan Alley tunesmanship, and in each of them she spikes the nostalgia with a splash of arsenic. Her second song of the night, “Manhattan Avenue,” was resolutely nonjudgmental about the junkies prowling the sidewalk. Later she played “I Wanna Get Married,” a song with all the formal convolutions of classic Cole Porter, and even more ambivalence. Her performance of the tune was bitterly sardonic, and yet strangely sincere — as if McKay were spotting a desert mirage and recognizing it as such, but still marveling at the allure. After a brief, splotchy piano solo, she sang: “I wanna partake / of bake sales for the classroom / I wanna hear the sweet tune / of Sally’s little vroom-vroom / as she zooms / around my broom / as I exhume the gloom / of my shallow life.” Set over triplets in a downward-spiraling melodic turnaround, the passage showcased McKay’s compositional deftness and vocal prowess in equal turns.

Cullum and McKay both have major label albums that fall short of capturing their galvanizing performing styles. The latter’s debut for Columbia, Get Away From Me, was produced by Geoff Emerick, who engineered latter-day Beatles. His work for McKay is sharp but often just too much; surrounded by a full band and string orchestrations, her cleverness can sound contrived. During the show, McKay seemed half-serious when she sang “Should’ve signed with Verve instead of Sony” — a one-liner that’s printed in the album’s lyric sheet and elided from the recording. But judging from Verve’s treatment of Cullum, McKay wouldn’t have fared any better there. Twentysomething dulls Cullum’s edges and conveys little of his presence. It may turn out that the best-produced artist on this concert will be Midon, the former Shakira backup singer who announced onstage that he was in the middle of crafting a Manhattan/EMI debut with Arif Mardin, of Norah (and Aretha, and Dusty) renown.

Midon’s set offered fine demonstrations of his acoustic guitar style, which is partly derived from flamenco strumming, and his voice, an instrument as malleable as it is powerful. On two tunes, he took falsetto scat solos that sounded uncannily like secondhand Miles Davis. His songs, clearly informed by his blindness, included “It’s All in Your Mind” and “A State of Mind,” both high-flying exhortations to seek truth within. Unfortunately, the bulk of his tunes were patchworks of cliche. “If You’re Gonna Leave” featured the chorus “I wanna get it back / the love we had / before it gets too late.” Elsewhere he asserted, “Everybody is free to make a difference.” These are, of course fine sentiments — it’s just that they were soon rendered shallow by McKay’s sharper stuff. On a political note, compare Midon’s lament that “innocent people die” with McKay’s faux-cavalier “hey look, we’re bombing Iraq.” Or weigh his “you could say that I have lost my faith in democracy” against her distrust of “liberal theology that’s leading us to hari-kari.” Midón might have the clearer conscience, but McKay has the deadlier instrument of critique.

Of course, there’s no point in comparing apples to Famous Ray’s ziti. Midon, Cullum and McKay are three different planets whose orbits happen to intersect at a few key junctures: outsized musical talent, connection to jazz traditions, and inroads to mainstream success. If this showcase serves as any indication, they’re all formidable up-and-comers. It doesn’t much matter whether the jazz community embraces them; they’ll keep doing what they do. But if we know what’s good for us, we’ll pay close attention, from near or far.