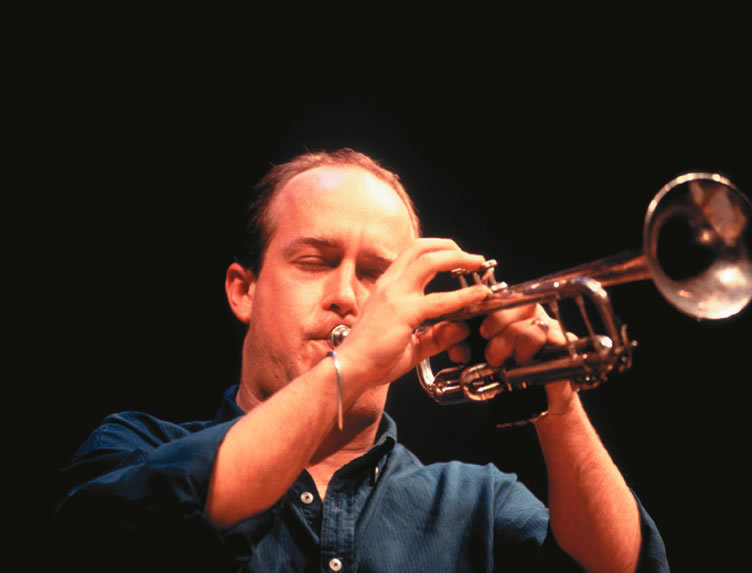 In any given month, jazz floods New York like a river breaching its banks. When the second annual Festival of New Trumpet Music (FONT) arrived in August, with 35 acts and several workshops spread over 18 days, the jazz calendar was even fuller, and nothing short of bewildering. But FONT, co-curated by trumpeters Dave Douglas, Roy Campbell and Jon Nelson, is not a jazz festival, strictly speaking. It focuses on a single instrument, surveying a broad landscape of modern music from that particular vantage point.

The trumpet may be its organizing principle, but FONT isn’t hung up about hewing to principles. Its greatest benefit is its ability to see beyond cliques and barriers, juxtaposing avant-garde stalwarts with “mainstream” talent like Ingrid Jensen and Jeremy Pelt. (It’d be great to see FONT do even more of this next year, by recruiting gifted traditionalists along the lines of Jim Rotondi and Ryan Kisor.)

In a recent Village Voice review, Francis Davis divided current trumpet players into “Wyntons” and “Daves,” and he placed Jeremy Pelt in the former category. But on FONT’s second night, Pelt and Douglas shared a double bill at Tonic, each fronting a brand new ensemble. Douglas’ “Keystone,” with Marcus Strickland on tenor, Jamie Saft on Fender Rhodes and effects, Brad Jones on bass, Gene Lake on drums and DJ Olive on decks, played dark and funky music inspired by (who else?) the silent film star Fatty Arbuckle. Pelt’s “Noise,” a sextet featuring Jaleel Shaw on alto, Mike Moreno on guitar, Frank LoCrasto on Rhodes, Vicente Archer on bass and Eric McPherson on drums, offered white-hot electric jazz, with a debt to Miles Davis’ Water Babies but a sound and swagger of its own. Douglas sat by himself, at a front table, taking in every note that Pelt played.

At the Y, Nabate Isles led Synergy, an unusual band with two drummers, Marcus Gilmore and Tyshawn Sorey (both of whom are familiar to fans of pianist Vijay Iyer). Flanked by Gamiel Lyons on flute, Manuel Valera, Jr. on Rhodes, Liberty Ellman on guitar and Matt Clohesy on electric bass, Isles drew up a funky CTI-ish aesthetic, playing originals, pieces by Gershwin and Woody Shaw, and choice contributions from Ellman and Sorey. A work in progress, but one worth hearing. Later in the month, Ted Daniel’s International Brass and Membrane Corporation held what Daniel called a “board meeting” at Tonic, filling a slot that Wadada Leo Smith had to cancel. Together with Joe Daley on tuba, Charles Burnham on violin and Newman Baker on drums, Daniel put on a stirring display of invention and virtuosity. He was equally captivating on trumpet, cornet, fluegelhorn and short and long hunting horns. Daley reached for notes below the realm of pitch; he also performed such staggering feats as holding a long tone and adding oblique motion with his voice.

An evening of “Brass Bands on the Cutting Edge” included knotty chamber music by the Urban Brass Quintet, with William Owens and Josh Frank on trumpets, Wei-Ping Chou on French horn, Brad Williams on trombone and Ben Green on bass trombone. At one point the group abruptly stopped playing and pretended to have a heated argument. The effect was deeply disconcerting, as intended; some in the audience actually fell for it. Deadpan humor also played a role in the set by Jon Nelson’s Genkin Philharmonic (pronounced gen-Keen), a sprawling unit with a rock rhythm section (including high-octane guitar), vibes and violin, four trumpets and multiple reeds and brass. This was the group’s first-ever gig, and it was monstrously good-from the intimidating grind of King Crimson’s “Room” and Frank Zappa’s “Marque-Son’s Chicken” to the Hendrix/Prokofiev medley and the blazing metal/new music originals by Emil Harnas and guitarist Nick Didkovsky.

Expectations ran high for FONT’s final performance, by the great Bill Dixon, who plays New York very rarely; he was slated to appear during last year’s FONT but was thwarted by the East Coast blackout. In the intimate Gillespie auditorium, Dixon teamed with Tony Widoff on digital keyboards, Dominic Duval on bass and Warren Smith on drums and vibes for two sets of impressionistic, highly evolved and utterly spontaneous music. Making use of two microphones treated with varying levels of reverb and delay, Dixon wrung extraordinary sounds from his horn, from unearthly low-pitched rumbles (shades of Joe Daley) to upper-register wails. Band members couldn’t hide their amazement, particularly at one point when Dixon seemed to be summoning the hounds of hell. But even at its busiest, this music’s prevailing mood was contemplative. Smith, a skilled texturalist, often stood between his kit and his vibes, exploring all available timbres.

When Dixon spoke, in his oddly formal way, his words were every bit as unpredictable as his music. Thinking back on a bygone New York, he recalled, “Baseball hats were worn only by people who played that game.” Of the ups and downs of a career spanning nearly 60 years, he said, “Every dog has his day. I’ve been a good dog. I’m going to have two days.”