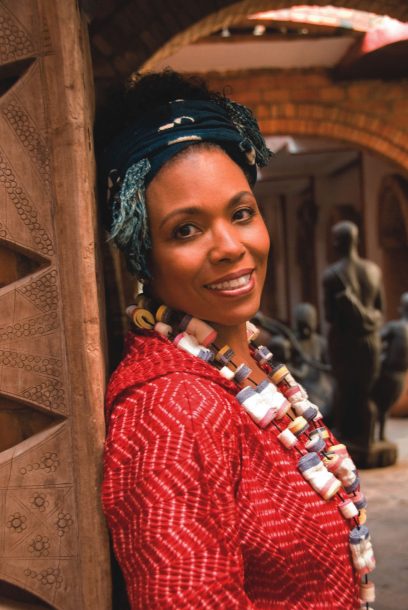 Dee Dee Bridgewater is full of surprises. I’m never sure whether I’m going to hear her jazz side, her Broadway diva side or a mix of the two.

The 2000 Montreal International Jazz Festival debut of the singer’s take on the Kurt Weill Songbook was a project under construction. It was disappointing then, and on the album that followed in 2002, This Is New.

Fortunately, she’s kept building and sculpting her take on Weill’s music – gone was the overarranged material and excessive eight-piece band – as demonstrated in the opening set of her two-night engagement at Scullers.

The delight was to find her wrapping the Weill material – and even her standard fare – in the context of a Latin-based jazz quartet. For this engagement it included her bass player Ira Coleman, pianist and musical director Edsel Gomez plus two guests: drummer Antonio Sanchez (Danilo Perez alum and Pat Metheny Group regular) and percussionist Pernell Saturnino. Bridgewater said she had met the latter pair for the first time that afternoon.

Bridgewater opened the first set with “I’m a Stranger Here Myself” from This Is New. The colors that emerged from Sanchez’s empathetic drumming and Saturnino’s varied percussion collection added richness to the song – and set a tone for the evening. Rather than front the band, it was as if she was floating with joy in its deep musical cushion.

“I thunk it was going to be something but I had no idea,” she marveled after the band’s ambitious and creative take on Weill’s “Speak Low.” When she gets far inside her jazz bag, Bridgewater emulates a variety of instruments like few other singers. Rather than scat one of those extended solos, she became a faux trombone, right on tone and complete with slide gestures, to Saturnino’s burning support – which included whistles and hand drums on “This Is New.”

Then Bridgewater offered the original French version of Sacha Distel’s ballad “The Good Life,” offering the familiar English lyrics as a coda. She and the band slowed this standard more than most singers to give the band more room for its gemlike layering – in a way that made a most familiar tune interesting again.

The sometimes intense Latin tinge also altered her take of Rodgers and Hammerstein’s “My Favorite Things” from The Sound of Music and added a new cushion to her always playful and steamy “Love for Sale.”

Bridgewater closed with another of the Weill piece, “Alabama Song.” Latin breaks or vamps built up to an extended bass solo by Coleman, which became a duet as her vocal “bass” escalated into a fiery interplay.

The Latin context and support brings out Bridgewater’s jazzy side like nothing else has since her 1995 Horace Silver tribute, Peace and Love. Thankfully, we’ll get to hear more of it. Gomez told me the Latinized Bridgewater band, joined by his longtime boss, saxophonist David Sanchez, will be on the road this summer. Their itinerary includes a stop at Montreal June 30, bringing her project full-circle.