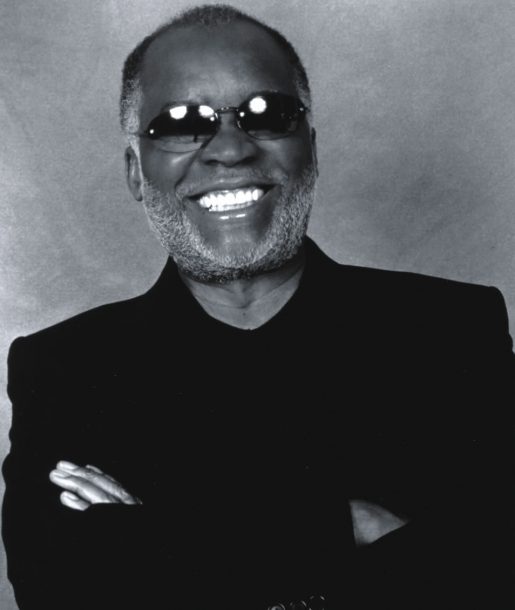 Carol Stone and Woody Woodland’s bi-annual clambake on the Jersey Shore is one of the best-kept secrets of the mid-Atlantic region. Attracting straightahead jazz fans from the major metro areas of New York City, Philadelphia, Newark, Wilmington, Baltimore and Washington, D.C., as well as all points throughout New Jersey, the Cape May Jazz Festival has grown by leaps and bounds over the past ten years (up from 1,100 attendees in 1994 to nearly 10,000 today) while also boasting a significant African-American audience among its regular clientele (answering the question often posed by critics and commentators, “Where is the black audience for jazz?”).

The theme for the spring edition of this vibrant festival was “Exceptional Pianists,” a title certainly befitting such stylistically diverse players on hand as Ahmad Jamal, Benny Green, Omar Sosa, Freddie Cole, Patti Wicks, Norman Simmons and Cape May’s own George Mesterhazy. With ten separate venues spread out along the shore, and a free shuttle bus service available to festival-goers to help them take in as much music as possible in a given night, the music flowed continuously throughout the evening in the charming seaside community of Cape May, a historic landmark district teeming with gorgeous late 19th century Victorian homes.

Opening the festival on Friday night, Ahmad Jamal drew the biggest crowds to Convention Hall for two sets with his regular working trio of Idris Muhammad on drums and longtime associate James Cammack on upright bass. A remarkably flexible and totally in-synch unit, this swinging trio was able to swiftly maneuver around the ever-shifting currents of Jamal’s music like a finely-tuned Lamborghini navigating a hairpin turn at 70 mph. This precision group-burn quality was perhaps best exemplified during their superb set on the title track from Ahmad’s recent Dreyfus release, In Search of Momentum. A masterful, enigmatic pianist who makes dramatic use of space, Jamal also seems highly motivated by the possibility of surprise in the music. One minute he’ll play around at mid tempo fare like an Erroll Garner, applying a light, polite touch while embellishing the melody with ornate filigrees. Then out of nowhere (and in very un-Garner-esque fashion) he’ll abruptly break the tender mood of the piece by unleashing a blazing Tatum-esque right-hand single note run or by slamming out an explosive chordal cluster, a la McCoy Tyner. This kind of slyly subversive streak added an intriguing element of tension and release throughout the set. And rather than appearing random or haphazard, these kinds of unorthodox choices were well thought out by Jamal. There’s always a wonderful sense of intelligence, sophistication and architecture behind everything this exacting master does at the keyboard. And he’s plenty funky to boot, as he readily proved on an easy swinging mid tempo rendition of “But Not For Me,” which had the crowd clapping along in unison to the infectious bounce. The hip assemblage of mostly middle-aged folks reacted almost unanimously to the first few notes of Jamal’s most popular tune, “Poinciana,” which put a smile on the face of the normally stoic pianist. Drummer Muhammad summoned up an authentic second line groove underneath that buoyant number, addressing his own N’awlins roots while also tipping his hat to the great Crescent City drummer Vernell Fournier, who played on the original 1958 recording of “Poinciana,” which appeared on Ahmad Jamal Live at the Pershing.

Over at the Grand Hotel Ballroom on Friday night, pianist Benny Green reprised his uncanny chemistry with guitar partner Russell Malone on a swinging rendition of Cole Porter’s “East of the Sun, West of the Moon,” a dazzling take on Charlie Parker’s “Passport” and a jaunty cover of the ’70s pop hit “Feel Like Making Love,” which prompted an audience of 50-somethings to fill in the lyrics with a soulful sing-along. With their abundance of chops and empathy, Green and Malone stand as a modern day exponent of a great guitar-piano tradition that harkens back to Nat Cole and Oscar Moore, Bill Evans and Jim Hall, Oscar Peterson and Herb Ellis.

At the Savannah Key lounge on Saturday night, pianist-vocalist Patti Wicks wooed an intimate gathering with a mix of Brazilian tunes like Jobim’s “Obra Amor” and jazz standards like Benny Golson’s “Whisper Not” and “Body And Soul” (with a second set of original lyrics rarely ever heard before). A swinging pianist, Wicks is a singer of limited range but hip rhythmic sensibility. Her laid back, behind-the-beat phrasing and low, slightly raspy voice was most effective on the clever “Nothing Ever Changes You” by Jack Siegel, composer of “When Sunny Gets Blue.” And she was ably served on the bandstand by drummer Bobby Shomo and the old school timekeeper Keter Betts, whose peerless walking basslines paced the set.

At the Grand Hotel Ballroom on Saturday night, Cuban pianist Omar Sosa experimented with live looping on the bandstand with a sampling device placed inside his piano. His exhilarating set was enhanced by Geoff Brennan on bass, Eric Crystal on saxes and Mino Cinelu on an acoustic-electronic percussion setup which allowed him to loop grooves and simultaneously play on top of them.

Other highlights included a lively set by the Irvin Mayfield-Bill Summers co-led Los Hombres Caliente that had a packed house in the Star of the Sea Auditorium joining in on some spirited santeria sing-along, a stimulating set of challenging original music by the New Jazz Composer’s Octet led by trumpeter-arranger David Weiss at the Chalfonte ballroom, a rousing night of raw Chicago blues at Cabana’s with the venerable guitarist and longtime Howlin’ Wolf sideman Hubert Sumlin and featuring Eric Mingus on raspy Wolf-styled renditions of “Spoonful” and “This Is It,” and a smoking hot late-night set at the Congress Hall Boiler Room by the flexible and funky trio of organist Kyle Koehler, drummer Sylvia Cuenca and guitarist Dave Stryker.

The Fall edition of the Cape May Jazz Festival is scheduled for November 12-14. For more information see www.capemayjazz.com.