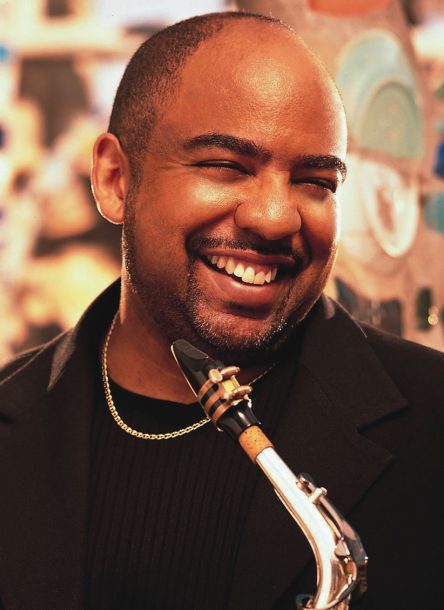 Nearly five years after his death, Grover Washington Jr. continues to light a fire under smooth-jazz musicians and fans. Before the opening sax notes blasted through the newly renovated McCall Hall in the shadow of the Space Needle, a hushed audience watched a short clip of Washington performing at Seattle’s Paramount Theatre in July 1999, just five months before he died of a heart attack at age 56. Before long, though, the atmosphere turned respectfully rowdy as Washington’s energetic sax lines brightened the familiar tunes “Winelight” and “Mr. Magic.”

And when saxophonists Gerald Albright, Richard Elliot and Paul Taylor bounded on stage to play “Knucklehead,” joined by keyboardist/musical director Jeff Lorber, the audience was primed to party. And the Groovin’ for Grover concept, now touring nationwide, is a concert bound to draw in rapt audiences familiar with Washington’s music and the styles of the three saxers on stage. All are intimately familiar with the late saxman’s music, and all participated on Jason Miles’ tribute project from 2001, To Grover With Love.

The way the concert works: Albright, Elliot and Taylor play a few of their hits, then each play Washington’s songs, either solo, duo or trio, with Lorber providing direction and keys. Although Taylor missed a chance to connect by playing two of his lesser-known songs (he’s got a Top 10 hit, why not play it?), Elliot and Albright took turns pleasing their fans. In fact, the diminutive Elliot brought the crowd to its feet and took home the longest standing-o with “Crush,” his smash 2001 hit. Savvy Elliot knows how to ignite the party synapses, burning on the reeds while dipping his axe inches from the stage or throwing back his head and bouncing notes onto the ceiling. Albright grooved on a diggin’-it cover of Johnny Gill’s “My My My” and joined Taylor on the suitably soulful “Ain’t Nobody,” which Rufus and Chaka Khan took to the top of charts and Lorber covered on his Kickin’ It CD from 2001.

And so went the interaction throughout the evening, as the guys jammed together on songs Washington wrote or covered: “Soulful Strut,” “Let It Flow,” Marvin Gaye’s “Inner City Blues,” “Black Frost,” “Winelight” and, of course, “Mr. Magic.”

Elliot, as noted, was the primary crowd pleaser either on his own tunes or Washington’s. Taylor commanded great stage presence and flashed the brightest smiles of the evening. Albright – whose stage presence and profile often seemed eerily similar to Washington’s – was the subtle one in the crew, knowing when to flip down the volume and when to crank it back up. Lorber remained mostly on the side, but occasionally stepped into the spotlight with his portable keys.

Groovin’ for Grover benefits the Protect the Dream Foundation, a nonprofit organization dedicated to enriching the lives of young people through music education.