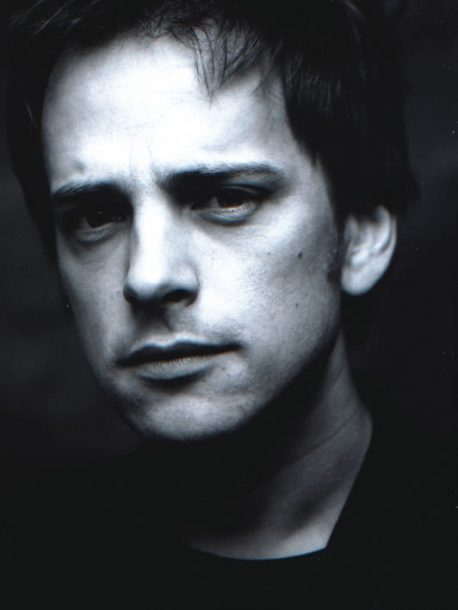 Given that Tord Gustavsen’s recording debut on ECM, Changing Places, is a mostly quiet, understated work by an unknown Norwegian pianist, it is interesting that it has gotten so much attention. It was positively reviewed in many of the major magazines, made some significant 2003 Top Ten lists, got considerable air play, and even received Stereophile’s highest accolade as a “Record To Die For”-a distinction rarely granted to a new recording.

Gustavsen has broken through the noise because he is a lyric poet of the piano, a melodist with a gift for marking out lines of simple purity that communicate complex emotion. A question that naturally arises is whether the particular magic of Changing Places was a function of ECM’s Rainbow Studio in Oslo, Norway, and the supervision of producer Manfred Eicher, or whether it could be recreated live in a jazz club. (Eicher, after all, has brought so many recordings into the world that share a certain rapt inner glow.)

The question was answered instantly on February 23 at Jazzland in Vienna, Austria, because Gustavsen opened the evening the same way he opens Changing Places, with “Deep As Love.” And he instantly created that same spell, that hush that shuts everything down around it that is not its own yearning, aspiring insistence.

Gustavsen’s music is often soft, but always intense. Sometimes it seems like the piano is playing him, pulling him down until his face almost touches the keyboard, then gripping and twisting him in response to its muted yet urgent imperatives. He held the audience within the inward pensiveness and finely shaded textures of Changing Places a little longer by next playing the second song on the album, “Graceful Touch.”

At the time of his Jazzland appearance, Gustavsen had just finished recording a second album for ECM that will be released later this year. The selections that he played from the new recording suggested that he is ready to open up more and assert himself. For example, the third piece of the night, “Sentiment,” came out of a brooding impressionism entirely familiar to admirers of Changing Places. It was a private search in the form of a melody altered through subtle steps in alternative voicings, a song slowly unfolded until it became something larger. But the next two songs, also from the new album, “Twins” and “The Ground,” were based on gospel-inflected rhythms and drove much harder. Significantly, these two pieces, while introducing a new tempo and tone, still fit within the arc of the evening. Even when he hits harder, Gustavsen is always evolving melody that serves the story. That story is about inner discovery, and Gustavsen can get there by whispering, or by rhythmic repetition that becomes incantatory.

Another reason that Gustavsen’s music feels like one fabric is the integral role played by drummer Jarle Vespestad. On quiet numbers, Vespestad is willing to recede to the lightest splashes with brushes, or to the softest murmurings with mallets. But he is also a full participant when the music sweeps upward. Even when Vespestad is cutting loose, he comes from within the music, rather than imposing himself upon it.

By the second set, a quality began to reveal itself, a quality that is also present in Changing Places. It was the recurrence, elusive at first and then unmistakable, of ideas and motives and fragments of lines from earlier pieces. These threads, often recast in key or meter, unified the night into a loose suite, expansive with digressions yet tied to thematic centers. The second set contained pieces like “Curtains Aside” and “Reach Out And Touch It,” A-minor elegies that revealed the wide dynamic range of Gustavsen’s music. Sometimes, bent low to the keyboard, he would pick over the bare bones of a melody, and then build to lush crescendos, in a creative process that felt seamless. After these crests, when the music fell back again, his touch made each note specific and meaningful, even those just above the threshold of audibility.

Another quality that became apparent in the second set, in pieces like “Tears Transformed,” is one that several commentators have noticed in Changing Places: Gustavsen writes songs that sound like long lost standards. His songs sound like lyrics must exist for them (none do, so far), because of their sense of sustained dramatic narrative.

Jazzland is one of Europe’s oldest jazz clubs. (A sign over the stage boasts “31 Jahre.”) It is just off a canal of the Danube and just within Vienna’s famous “ring,” the boulevard that was once the wall of the old city. It was an excellent place to hear the Tord Gustavsen Trio. The packed house was extremely quiet and attentive, and the acoustics are excellent. The main listening area is like a half cylinder, with a curved brick canopy overhead, and the sound of the trio, playing without amplification, carried strong and clear. (One of those in the audience on February 23 was Peter Gansterer, the founder and chief engineer of the respected Austrian loudspeaker company, Vienna Acoustics. Gansterer is known for his discriminating, hard-to-please ears, and he described the sound as “quite good”-a ringing endorsement of Jazzland’s acoustics.)

Tord Gustavsen is more than a promising new talent. He is already capable of providing a performance experience that is fascinating, affecting, and complete.