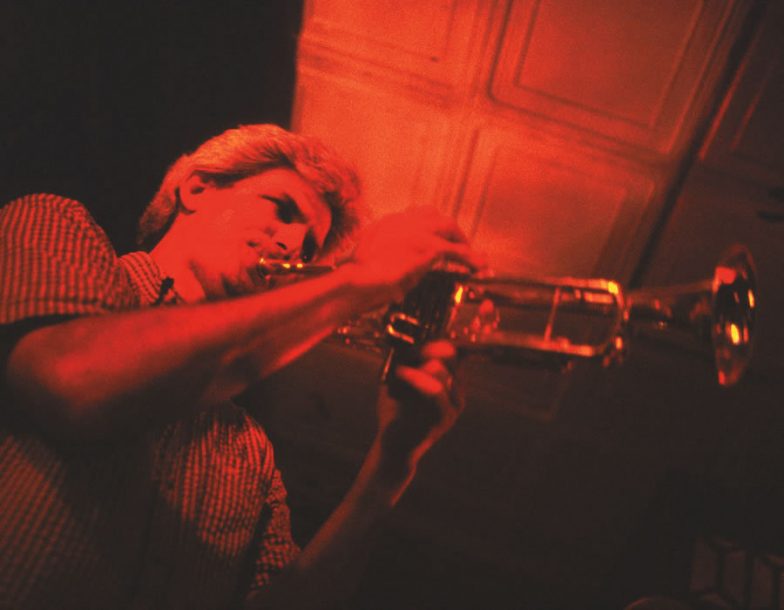 “I don’t think this record is fashionable right now,” says trumpeter John D’earth about his new CD, Restoration Comedy (Double-Time). “It’s basically an old record, a blowing date. Let’s go in, play these tunes, goodbye.” It’s not a comment that will move units, but it’s not unusual coming from D’earth, whose long career hasn’t been dictated by fashion or troubled by context.

With a buoyant, competitive style and a tone so focused and ripe it cuts straight to your ear, D’earth easily recalls the brassy spitfire of Lee Morgan or Clifford Brown. He has become best known in straightahead settings-D’earth served as foil to guitarist Emily Remler and added brawn to the George Gruntz Big Band for years-but for a player with a hard-bop heart, D’earth hardly has a purist’s head to match.

Among other decidedly off-center projects, D’earth committed himself for years to Cosmology, a freewheeling NYC-based band he co-led with drummer Robert Jospe and vocalist Dawn Thompson, whom he later married. He’s also collaborated with poet Gregory Orr on a large-scale spoken-word/jazz-ensemble project, arranged music for the Dave Matthews Band and performed regularly with Bruce Hornsby (he’s on the keyboardist’s new double CD, Here Come the Noise Makers).

And now, just as The New York Times augurs the death of the big, long solo, D’earth finally gets around to recording an album rife with them. Restoration Comedy kicks off with “In Medias Res,” a jocular, esoteric title that announces D’earth’s priorities: the intensity is skull-cracking from bar one. Except for a minor respite-the ballad named for D’earth’s wife-even the midtempos fail to dampen a band that’s out to blow hard. Of course, hard blowing doesn’t preclude a sense of humor. On D’earth’s pretzeled standard, “All the Things You Are Except One,” he and tenorman Jerry Bergonzi nearly dispatch the theme with one note. Throughout, pianist Mulgrew Miller sounds as seigniorial as ever, even as he occasionally flirts with uncharacteristic dissonance.

Restoration Comedy is a fun disc that doubles as a tiny manifesto, a reaffirmation in the power of the soloist and the potential in a stack of chords. “The written part, that’s great, too. But the music I really like, I don’t think about how well-written it is.”