Skip to content
Become a member and get exclusive access to articles, live sessions and more!
Start Your Free Trial
Home > JT Archives > John Coltrane: One Down, One Up: Live at the Half Note 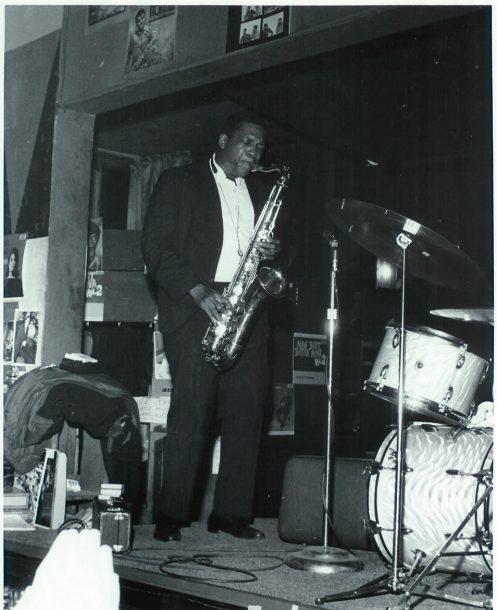 What we said: Try to imagine an over-the-air commercial radio station broadcasting a Cecil Taylor concert. You can’t? Neither can I. But that sort of thing used to happen. Here’s proof: two sets by John Coltrane’s classic quartet at New York’s Half Note, broadcast live on WABC-FM in March and May of 1965. The two-CD set captures Coltrane’s music on the cusp of major change, just weeks before embarking on the last phase of his career–during which he expunged from his music every last speck of convention. Pianist McCoy Tyner and drummer Elvin Jones would soon depart, to be replaced by Alice Coltrane, Rashied Ali and a cast of thousands. This album documents the classic quartet near the end of its incredible run.

Covered are a couple of the more familiar tunes in the group’s book: “My Favorite Things” and “Afro Blue” as well as the lesser-known “Song of Praise” and the improvised title track. The music reveals the band at its creative peak, reaching heights of focused intensity on every tune, stretching rhythmic and harmonic conventions to the breaking point. The years-long musical confrontation/collaboration between Trane and Jones is at an apex, Tyner plays with ever greater rhythmic and harmonic invention and bassist Jimmy Garrison does things with time that foreshadow his work with Coltrane’s later groups.

It’s interesting to hear Coltrane start “Afro Blue” on tenor instead of the usual soprano (he switches to the small horn for his solo). Qualitatively, however, nothing stands out; it’s all great, on a par with the band’s best. This music’s been available for decades, albeit on bootlegs of dubious quality. This is its first “official” release, culled from tapes found in a Coltrane family closet. It’s nice to hear it cleaned up and given a proper presentation. Feel free to lay some more on us, Impulse.

What we say: From longtime bootleg to legal release, these well-known Half Note tapes have had quite a shelf life (even if those shelves were under the cash registers at some shady record stores, or floating around on the Internet). But now that Verve made this remarkable document a legal one, and in much better sound, we won’t have to feel guilty about owning it. Not that we ever did.