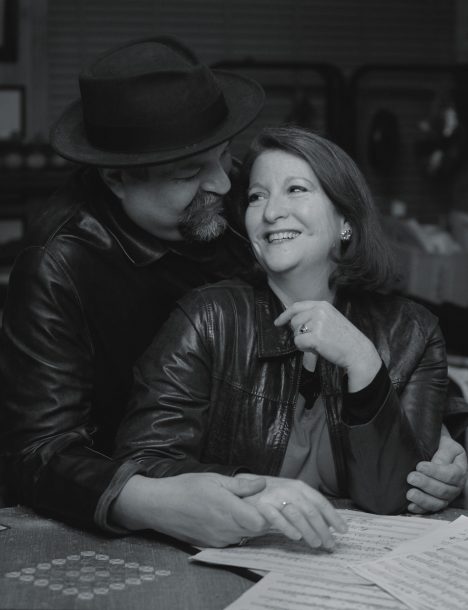 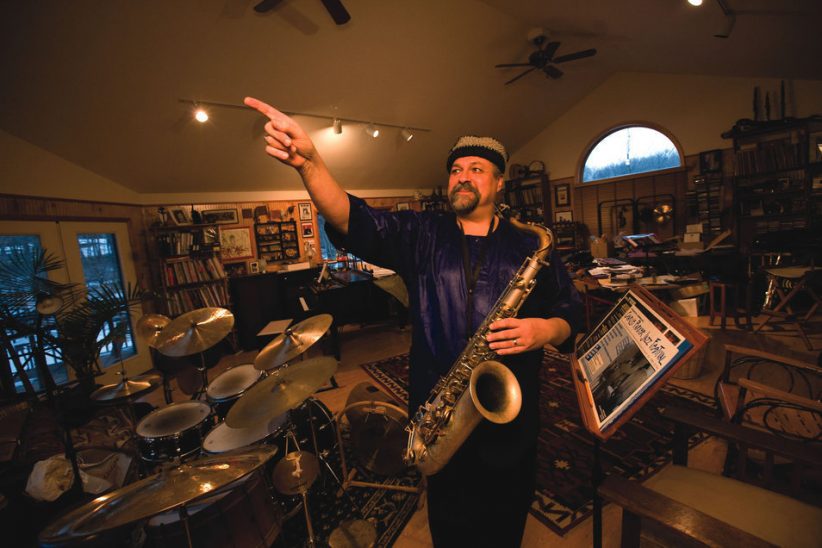 Tucked away in the scenic Hudson River Valley, about an hour drive from Manhattan, lies Villa Paradiso, the lush, four-acre home of saxophonist Joe Lovano and his wife of 24 years, singer-flutist-educator Judi Silvano. For big-city dwellers used to cramped conditions and precious few connections to nature, this place is indeed a paradise. But Lovano and Silvano were both Manhattan residents long before moving here. For nearly 20 years they lived together in a loft on 23rd Street that was party central for the jazz community. All that changed in 1998 with the fire.

Lovano was on the road with Paul Motian and Bill Frisell and Silvano was also away when the flames hit. Irreplaceable family pictures were burned, saxophones charred, gongs and cymbals melted into twisted metal sculptures, a lifetime’s collection of LPs destroyed. “It was challenging,” says the onetime Judi Silverman, a dancer and classical singer from Philadelphia who met her future husband at an impromptu jam in that very same loft they would later share. “It could’ve been tragic if we had to escape the fire. And because we had this little house already, we weren’t homeless. So in a lot of ways we were really fortunate.”

Picking themselves up from the ashes, Lovano and Silvano reinvented themselves as a country couple. Judi has become an exceptional gardener who rejoices at every new leaf, every new bud that pops up in any of her seven well-kept gardens. And Joe takes great pride in pointing out the gravel paths and sandstone patio that he’s built, the barn and the three tool sheds he’s painted and the stone wall he stacked down by the creek. “Yeah, I’m getting back to my Sicilian roots,” he laughs as we stroll past his wife’s vegetable garden. “Working is definitely a beautiful, meditative state and it feels great to be involved in nature in that way, where you feel really connected with your life.”

Two cardinals swoop overhead as we stroll past stalks of brilliant orange Asiatic lilies near the swimming pool, which is also a prime CD-listening area for sun-worshipping Lovano. “This is our new project for this season,” he says, pointing to the beginnings of a wooden pergola overhead. “It’s been fun working on that because it brings out some carpentry skills that I experienced growing up. My uncle Sandy had three acres out in East Lake, Ohio, and as a kid I’d help him do all kinds of stuff around his place. So this brings back a lot of memories for me.”

Silvano and Lovano acquired the property in 1993 from their longtime friend, alto saxophonist Dick Oatts, and for the first five years they used it strictly as a getaway pad. Since 1998, it’s been their only residence and they’ve invested huge amounts of time, energy and money into adding on to the original building and maintaining the property. “Sharing our space and property has always been a part of our life together,” says Lovano. “Our loft was a real center for our New York community and now we have little impromptu gatherings throughout the year out here.”

“People come up from the city with their families,” adds Silvano. “They bring their babies, their kids, their dogs … it’s like the company picnic.”

Each year, Lovano and Silvano plant a new tree on their property to commemorate another anniversary at Villa Paradiso. And now, after 15 years, they have their own little New York Botanical Garden. “Those are the three tenors,” laughs Judi, pointing to three gigantic white evergreens that they planted during their first year on the property. Huge willows, dogwoods, blue spruces and rose trellises also dot the grounds. And Silvano has arranged it all with a keen eye for composition, color and a touch of feng shui.

Inside their home one gets a sense of the importance that family plays in their lives. Framed photos adorn the walls: portraits of Judi’s parents when they were courting, a picture of Joe’s mom as a vivacious 14-year-old with a ’40s hairstyle, their wedding picture from 24 years ago. An office space down the hall from the kitchen is where Silvano and Lovano conduct business for their JSL Records label, now celebrating its 20th year. The office doubles as a guest room where a 1930s mirror from Lovano’s grandmother hangs on a wall near an array of his fedoras and stingy brims stacked on top of a dresser.

The spacious, soundproof music room, a fairly recent add-on to the original house, has been the scene of numerous rehearsals, jams and even a few recording sessions. A beautiful old set of Slingerland drums occupies a prominent place in the space. “After the fire, Paul Motian gave these drums to me,” says Lovano. “He played them on Bill Evans’ Sunday at the Village Vanguard and on all those Keith Jarrett Impulse recordings. He told me he also played them with Coleman Hawkins, so you know those are some magical drums.”

Maintaining Villa Paradiso seems like an all-encompassing full-time job, and yet Lovano has found a balance between his country life and his jazz life. “To go out on tour and then to come home and have this scene that Judi and I have developed and nurtured together … it’s so gratifying,” says Lovano. “We’re so lucky to have so much around us. And we give thanks every day.”

His Other Car? A Tractor

Lovano harbors a lifelong love of golf, going back to his boyhood days in Cleveland. “I always played with all my uncles. Later on, when I was in Woody Herman’s band, we used to keep our clubs with us. If we had a travel day, we would fly ahead or rent a car and go play golf before the gig. That was always fun. There were years when I fell out of touch with golfing, so coming back to that now has been really great.”

The last movie that the couple saw together, at the nearby art house in Newburgh, was La Vie En Rose, the biopic of famed French singer Edith Piaf which earned a Best Actress Academy Award for Marion Cotillard.

Silvano enjoys Law & Order while Lovano tends to be more of a news junkie. “I kind of lay up for Nightline,” he says. And together they get a kick out of CSI: Miami.

“We love cooking … together and for each other,” says Lovano. “A lot of the things that we cook, we took inspiration from other places that we’ve been to … simple things like pasta with beans.” Adds Silvano, “In Rome, we had bruschetta with white beans and garlic mashed like a paste on the bread and drizzled with olive oil. Unbelievable! That was back in January and we’re still talking about it.”