Skip to content
Become a member and get exclusive access to articles, live sessions and more!
Start Your Free Trial
Home > JT Archives > Joe Lovano: I’m All for You 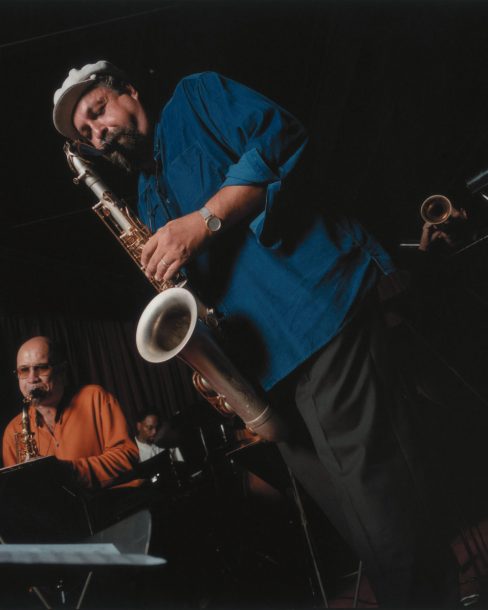 Joe Lovano emerged during the 1990s as a major voice on the tenor saxophone, having to an impressive degree assimilated the bebop, modal and free-jazz techniques with which he grew up. I’m For You: Ballad Songbook (Blue Note) teams him with the veteran pianist Hank Jones (elder brother of Elvin and Thad) and the superb bassist and drummer George Mraz and Paul Motian on a project that explores the possibilities that slower tunes offer to be “rhythmically diverse and free within the music” while at the same time sustaining the mood of the piece. In some instances, Lovano and his colleagues might create fascinating, uncliched improvisations based on the melody and chord structure of a song, while elsewhere they might present a venerable melody virtually unaltered except for the addition of their own personal touches.

With the exception of Coltrane’s “Countdown,” which is taken at a medium tempo and is replete with double-time passages and crashing cymbals, Lovano focuses on his gentler side throughout. In fact, on the title song, based on the harmonies of “Body and Soul,” his tone and articulation sometimes evoke the ballad style of the relatively reserved Lee Konitz, while his slinky, meandering rhythmic approach on “Stella by Starlight” suggests Konitz’s longtime partner Warne Marsh.

Hank Jones’ playing is, as always, elegant, refined and totally appropriate. His intelligent improvisation and perfectly tailored accompaniment on their duet “Like Someone in Love” exemplify his contribution. He and Lovano also relate well on their rubato reading-accompanied only by Motian’s soft brushes-of “Monk’s Mood.” Their program also includes the standard “Don’t Blame Me,” Thad Jones’ “The Summary,” Dizzy Gillespie’s “I Waited for You” and as a tribute to Woody Herman and Stan Getz, Ralph Burns’ “Early Autumn.”