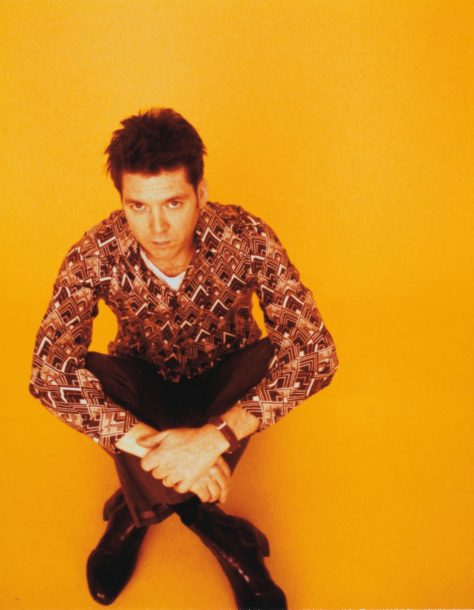 Sound a bit lofty for a pop record? Not when you consider Henry’s previous eight albums and their creative sonic environments, like his 1990 album Shuffletown, which featured trumpeter Don Cherry and bassist Cecil McBee.

“I love appropriating elements of jazz and infusing them into whatever I’m doing,” says Henry, just hours before opening for David Byrne at Washington, D.C.’s 9:30 Club. “I wasn’t trying to climb into Ornette’s world, or Brian Blade’s world, or Brad’s world, but I invited them into mine to see what it would do to my work.”

Henry’s megastar sister-in-law, Madonna, entered Henry’s world, though, with her reworking of his “Stop,” Scar’s first single, which she had a hit with last year as “Don’t Tell Me.”

“When I started writing that song, I had imagined it as a languid, orchestrated, classic blues form. I knew that it needed a fragmented tension about it,” says Henry. “I thought of Ornette immediately.”

Henry finds similarities between Pryor and Charlie Parker. “Earlier in Pryor’s life, they were connected for a long time,” says Henry. “There was a film in development where he was going to play Bird. There are a lot of comparisons between the two of them: Their output is staggeringly original, provocative and great, but personally they were in turmoil. I think it’s very obvious, and bears some investigation of how someone could be possessed of that kind of genius, but also be unable to really relate that kind of vision in the rest of their lives.”