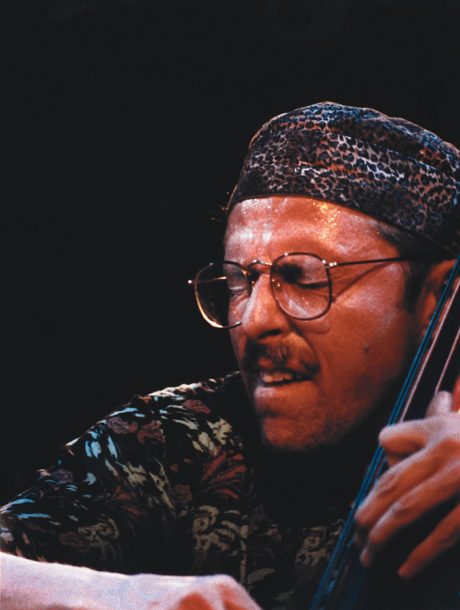 Listen to recent Joe Fonda CDs like Full Circle Suit (CIMP), Bottoms Out (Cadence) and Evolution (Leo) with pianist Michael Stevens, and you may wonder why he doesn’t allot himself more solo room, in view of his being among the finest bassists to emerge in the 1990s. But Fonda admits, “The ensemble sound is more important to me than soloing.” On his latest release, When It’s Time (Jazz Halo), though, Fonda has to solo, as he’s the only performer, done without overdubbing. He’s justifiably proud of the recording.

Fonda’s a fine technician, but generally doesn’t show off his chops, playing economically and percussively, often in the lower register and utilizing double stops. On When It’s Time, however, he has to open up. “The eight pieces on the solo CD are compositions and concepts I’ve been developing for the last decade. The way I approached the solo recording was to bring the same kind of concentration, focus and energy to it that my ensemble music has; you still feel the ensemble there even though I’m the only performer. Some of my compositions are based on melodic themes, others on rhythmic figures and others on textures and timbres.”

An Amsterdam, N.Y., native, Fonda started playing jazz with his father, Richard, a trumpeter. Among his important early gigs was one with Leo Smith, with whom he worked in the mid-’80s. “Leo is an unsung hero. He helped shape my musical vision.” Fonda also worked and recorded often with Anthony Braxton.

The Fonda-Stevens ensemble includes trumpeters Herb Robertson or Paul Smoker, and drummer Harvey Sorgen. It’s been together eight years and, “has developed a unique and powerful synergy,” Fonda says. In the future, Fonda also wants to work with a variety of artists, and even non-musicians. He has projects going with tap dancer Brenda Bufalino and Chinese guzheng (a stringed instrument) player Xu Feng Xia. He wants to continue “developing a body of work that reflects pluralistic thinking and inclusion of various types of people.”