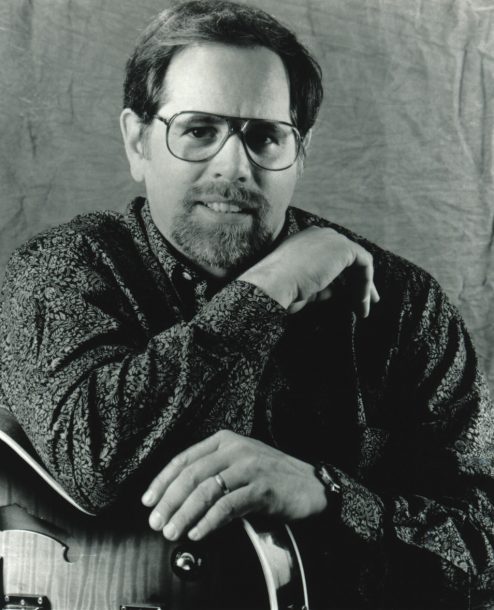 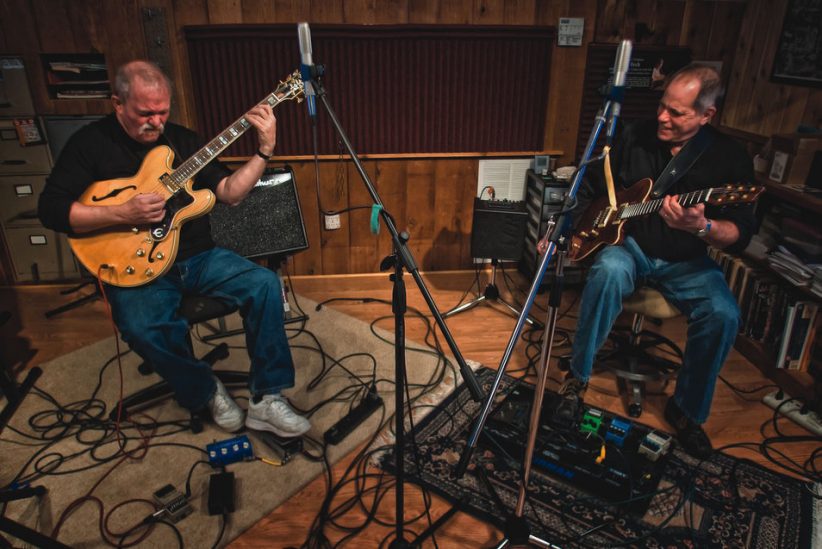 I first heard Joe Beck play in the mid-’60s in Boston, while I was a student at the Berklee College of Music. He was playing at the Jazz Workshop in a quartet that also included Mike Mainieri. I was captivated by his musicality. Single notes and chords seemed to flow in such a complete way that I remember thinking that if Bill Evans played guitar, this is what he’d sound like! I didn’t meet him at that time, due to my shyness, a trait that I have since overcome and which I doubt Joe ever had to deal with. I did get to meet him shortly after I moved to New York, in the early ’70s. He was extremely gracious and friendly to me, as well as supportive of what I was doing.

We both did similar work in the studios in New York in those days. It seems that there were only a few guitar players then who could play jazz but also had a grasp of the changes that were taking place in the jazz world: rock/fusion and the melding of different influences that didn’t only include bebop. Once we ran into each other at Manny’s Music store on 48th Street and he mentioned to me that he thought a particular record that I did with Ralph Towner was an almost perfect recording. He never told me what made it not perfect, and I had the good sense to never ask, although I have an idea what it was. Joe was always honest and to the point.

It wasn’t until the late ’90s that I got a call from him about doing a duo tour of Europe. I jumped at the chance to play with him. We embarked on that trip with no rehearsal, just a mutual trust that it would work and a great respect for each other’s playing. It was obvious from the first notes that this was going to be big fun. Playing together was effortless. There was an understanding, and a level of communication, that was immediate. For Joe, it didn’t matter what key a song was played in-he just did it! It also occurred to me that he knew every tune ever written. During this tour we really had a chance to get to know each other in a closer way than just as colleagues. I discovered that we shared many things in common, especially musically. We both had done a lot of record dates in the ’70s and would argue about who had done not only the most, but the most tasteless recordings! We decided that one day we would get together and prove to each other which of us was the winner. I loved this quality in Joe, the ability to not take it too seriously, and to actually laugh about it all.

Shortly after this tour, he got his diagnosis of lung cancer. I was shocked, as I’m sure Joe was, but he seemed to be looking at it from a very realistic and positive point of view. I remember speaking with him after his treatments, and was surprised to find out that he felt great. One day he was actually outside raking leaves and said that he had this thing beat. I’m sure if anyone could beat it, it was Joe. He was that strong. During the next year, we made a record (Coincidence), and planned another tour. On that tour, he played better than ever, and almost never alluded to his pain and suffering.

The recording is a testament to Joe’s creative powers.

He was a player of songs of the highest order, an improviser without equal, and a truly soulful cat. He was taken from us too soon, in my case way too soon. I was just beginning to form a friendship with someone who had always been my friend. I do, and will continue to, miss him.