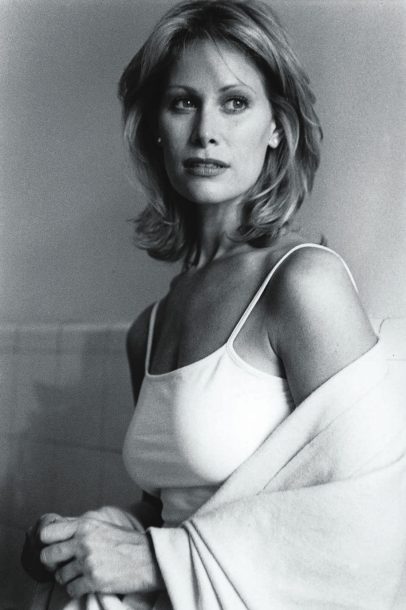 Pick a Bond girl. Honey Ryder, Pussy Galore, Tiffany Case. Any one will do. Now, picture her in some badly lighted bar cooing smoky ballads, tight quartet at her rear. Such is the scintillating essence of Jodi Stevens’ Girl Talk (Sons of Sound).

Cool as a shaken martini, the Broadway ingénue’s first solo album was, she says, “inspired by my grandfather, [who] was a bandleader in New York City in the ’40s and ’50s. My love of standards began with him and slowly took shape as I grew up.”

Created as a tribute to “strong, independent women who have changed the face of pop and jazz,” Stevens’ “celebration of femininity” extends from the “quiet, kittenish strength” of Peggy Lee (sassily saluted with a sizzling “I’m a Woman”) and “unassuming softness” of Julie London, to a steamy “Come On-a My House” that redefines the sensuous curves of Rosie Clooney’s signature hit. “It is a very sexy song,” coos Stevens, “and there’s another verse I sometimes perform in my one-woman show [a live version of Girl Talk] that kicks it over to really naughty, but I decided to leave it off the album because I wanted to stay as true as possible to the original.”

To help shape her multihued homage, Stevens had the “extreme good luck” to work with a top-drawer combo led by pianist Ted Rosenthal and bassist Jay Leonhart. Soon afterward, she returned the favor by contributing a delectable “My Romance” to Leonhart’s latest, Rodgers and Leonhart.

A gal who can’t say no when it comes to charitable causes, Stevens can also be heard on Kurt Weill: The Centennial, an all-star celebration on behalf of the Actors’ Fund of America, and alongside David Gaines and Sam Harris on a soon-to-be-released Johnny Mercer collection in support of the L.A. AIDS Project. More recently, she’s swapped the worldly sophistication of Weill and Mercer for the rough-and-tumble grit of Mickey Gilley. Tapped for the female lead in a Broadway-bound musical adaptation of Urban Cowboy, she’s having “such a hoot. As an actor I love having the opportunity to really cross over. It’s your typical old-fashioned love story in a country-and-western setting, and the timing is perfect. I mean, what could be better than a good ol’ Texas musical with our good ol’ Texas boy in the White House?”