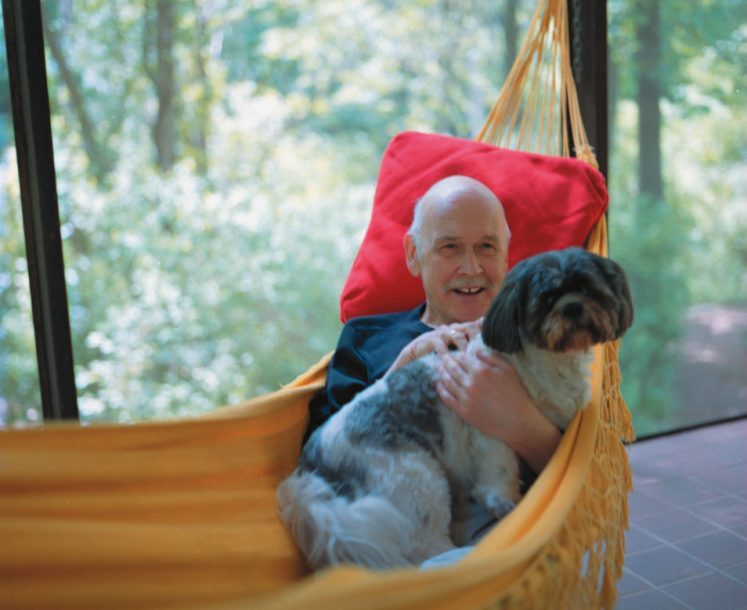 “I’m sorry I can’t present a starving artist’s profile,” says guitarist Jim Hall, speaking from his weekend home in upstate New York. His tone isn’t arrogant, but humble, grateful for all he has. He’s apologizing because he’s not convinced his life at home is so interesting it warrants an article in a magazine. Has he forgotten he’s the same Jim Hall with the subtle phrasing and mellow tone who came up in the 1950s in the bands of Chico Hamilton, Ella Fitzgerald and Sonny Rollins before enjoying a successful career as a leader? No, but he does wonder if anyone will be interested in a man 71 years old and happily married who doesn’t even like going to the movies. “At the risk of sounding like an old geezer, the last few times I’ve gone [to the movies] I’ve had to sit through fifteen minutes of coming attractions-too loud and all,” he says. Hall’s wife, Janie, a psychoanalyst, puts it simply: “We don’t have a hip-hop lifestyle-whatever that is.”

But a non-hip-hop lifestyle can lead to interesting alternatives. For example, the Hall’s upstate home, 70-some miles up the Hudson from an apartment they own in New York City, is part of a 20-home community that began as an enclave for social and political radicals in the early 1950s. “It started out as sort of left-wing, semicommunist,” Hall explains, “and now it’s lots of ex-schoolteachers and lawyers-the IQ level is pretty high, but we’re pretty isolated. In the summer you can’t see any other house.”

The house is isolated for sure, and its floor-to-ceiling glass walls on three sides give a wonderful view of the Hall’s wooded three-acre lot. The nearest restaurant is a half-hour’s drive away, the nearest place to shop is twice as far and the house doesn’t even have a television. But this is good for Hall, who takes advantage of the secluded environment to compose music. “I like to think it’s easier [to compose] upstate because there aren’t any distractions,” Hall says, but admits he’s still at the mercy of the muse.

To find inspiration, Hall makes use of the surroundings, enjoying a game of tennis when he can find a playing partner or taking their dog, Django, into the woods or around the nearby lake for a walk. “He’s a Shih Tzu, and they’re normally these little, yappy guys with a bow in their hair; he’s huge-about as big as a cocker spaniel-and we keep him cut short and he’s so bright and funny-and stubborn.” The Halls’ daughter, singer Devra Hall, gave them the dog three years ago and from the way Jim speaks you get the impression it’s Django the pooch and not Django the Gypsy that has had the larger effect on him. “Our dog is never without us,” Janie says.

Jim says that because of Django he has met “all kinds of new people” back in the city, taking the dog out for walks around his Greenwich Village neighborhood instead of staying holed up in their quiet, two-bedroom apartment reading the newspaper or playing guitar and composing. When he is inside, Jim is just upstairs from Janie, who has a ground-floor office in the same building. The couple has owned the apartment since their marriage 36 years ago and they like it just as much as their house upstate, though it is outfitted with a television-with cable. The two spend the week in the city, spending time together and occasionally venturing out to the theater with Janie’s analyst friends for a plays and operas. Hardly hip-hop, but the Halls, including Django, are happy, comfortable and far from starving.

Reading: “Janie’s always after me to read more, but I do read the New York Times book reviews-generally I avoid the front page and just turn to the editorials and op-ed stuff. I probably don’t read enough, but I like to feel like I’m keeping my brain from rotting.”

Tennis equipment: His main racquet is a Yonex, and he wears New Balance shoes.

Hobbies: The Halls both play Scrabble. “Janie’s really excellent, and I try to keep up.”

Theater: Recent trips to the theater have been made to see Proof, David Auburn’s play starring Jennifer Jason Leigh, and in England the Halls caught Stones in His Pockets, a comedy set in Ireland that spoofs the American filmmaking industry. For New Year’s Eve they’re going to see La Boheme at the Met.

Music: Hall’s recent interest in composing has him listening to contemporary classical music, specifically the music of Don Erb and Bartók. And he’ll listen to Duke Ellington anytime, but also says he’s a big fan of silence. “When I do listen to something, it’s something that will push my brain a little bit.”