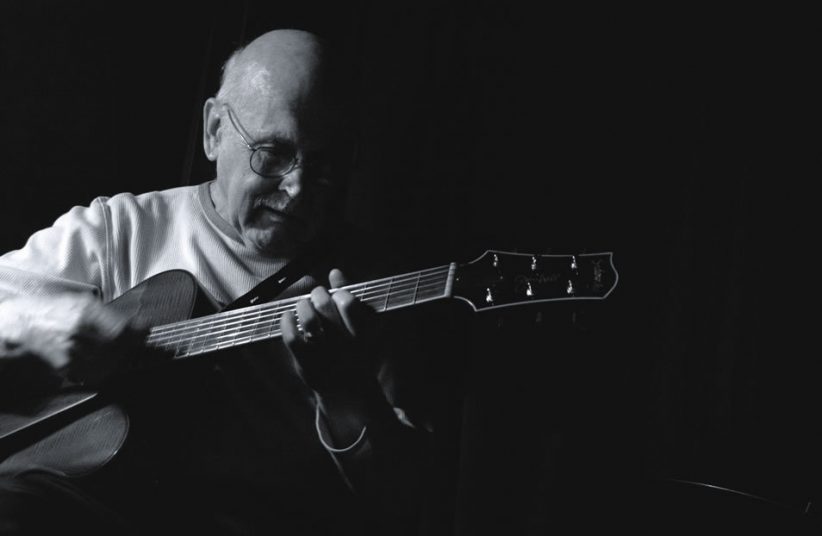 Magic Meeting is Jim Hall’s first project for ArtistShare -a potentially revolutionary “label” that puts artists in control of their product, and in touch with their audiences, as never before. Maria Schneider’s first ArtistShare disc, Concert in the Garden, won a Grammy this year without a single retail sale; it was sold only through her Web site. And Hall’s new CD is only available through jimhallmusic.com.

On Magic Meeting we hear Hall live at the Village Vanguard with bassist Scott Colley and drummer Lewis Nash. And on the beautiful trifold package we see the leader, now in his mid-70s, sitting on the famed Vanguard bandstand in sneakers, playing his Sadowsky signature model archtop, making himself at home.

The first two tracks, “Bent Blue” and “Blackwell’s Message,” make clear that Hall simply has never stopped growing. On these harmonically open tunes he sounds as modern as modern gets. And as always, he can deliver slashing insights with a whisper. Listening back to the recently reissued 1975 set Live! (A&M/Verve), or further back to Hall’s unparalleled work with Jimmy Giuffre, one hears continuities and contrasts. The major continuity is a deep yet unruffled sense of swing. The most obvious contrast is Hall’s current use of harmonizer and chorus effects, which can sometimes grate. But on this album the proportions feel right. His angular fourths and fifths are persistently hip, and his steel-drum sound on the closing “St. Thomas” is balanced by his purity of tone on the two standards, “Skylark” and “Body and Soul.” As for Hall’s colleagues, Colley is at his agile best on “Furnished Flats.” Nash, with his mallets and bare hands, justifies the inclusion of “Canto Neruda,” which doesn’t amount to much as a composition.