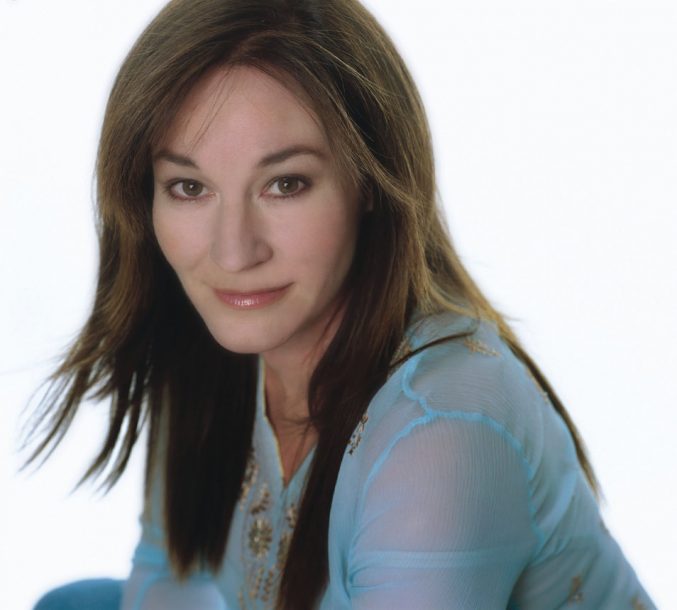 Though jazz and show tunes have long been kindred, not so jazz singers and musical theater stars. Rare indeed is the Broadway belter who can cross the footlights to find equal comfort and acceptance in smoky boites and trio-lined studios. The rule’s exception is Jessica Molaskey.

In 1998, after more than a decade treading the boards in everything from Oklahoma! to Tommy, Molaskey wed celebrated jazz scion John Pizzarelli. At first, she was reluctant to join John, papa Bucky and brother Martin as the sorta Jackie Kennedy to their first family of cool. “When I married John,” Molaskey says, “I thought I’d do my thing and he’d do his. Then Allen Sviridoff, who was Rosie Clooney’s manager, and Michael Feinstein, who owns Feinstein’s at the Regency [to which the Pizzarelli clan now makes an annual pilgrimage], said to him, ‘Why don’t you have Jessica sing?’ Well, I thought it was the most insane idea. I figured it would be like Lucy Ricardo sneaking down to Ricky’s club and ruining my husband’s show. What actually happened was that we had so much fun.”

Still, Molaskey wasn’t sure the melding of the musical theater and jazz worlds would work, confessing, “The entire first year I thought I was going to die. But the thing about John is that nothing can really go wrong, because if you make a mistake he makes horrifying fun of you and everybody laughs. Still, it’s taken me almost five years to get used to it, and there have been several white-knuckle evenings I would never want to repeat.”

Though their parallel careers often intersect, Pizzarelli and Molaskey are careful about maintaining separate paths. “We try to work together enough but not too much,” she says. “We agreed that if we ever get into a fight about working together then we’re done.” So, apart from the occasional shared club dates, the odd recorded duet and some first-rate collaborative songwriting, he makes his records and tours with his trio, Molaskey makes her own discs and stays near home-yes, it’s true, the Pizzarellis really do like Jersey best-with their six-year-old daughter. Her 2002 album, Pentimento, a saucy salute to Depression Era ditties that included her and John’s terrific amalgamation of “We’re In the Money” and “With Plenty of Money and You,” was released to unilateral praise, and last year her accomplished Peggy Lee salute, A Good Day, featuring four terrific Pizzarelli-Molaskey originals that ably captured the salt ‘n’ silk spirit of the 1950s Peggy.

Now with Make Believe (PS Classics), developed in tandem with Don Sebesky, John Clayton and Larry Goldings (the latter of whom will accompany Molaskey for her Oak Room debut later this year), she returns to more familiar territory with 13 show tunes of various eras and one original, the melancholy “Cradle and All” written with rising Broadway tunesmith Ricky Ian Gordon. In addition to the dreamy Kern and Hammerstein title track, Molaskey plumbs the depths of Sondheim’s melancholy “So Many People” and Rodgers and Hart’s equally wistful “Glad to Be Unhappy” (performed with acclaimed young composer Adam Guettel, who just happens to be Richard Rodgers’ grandson), and serves up the Arthur Schwartz rarity “Growing Pains” which, she included specifically for Schwartz’s son Jonathan “because he has been so incredibly good to me. He heard Pentimento and started playing it on his radio program and people started calling and asking where they could get it. He really changed the course of my life.”

There’s a saucy side to Make Believe, too. Witness Rodgers and Hammerstein’s “Stepsister’s Lament” from Cinderella, reworked “with a bit of a different slant,” Molaskey says. “I thought it would be great if she sounded like a mad stalker.” There’s also a rendition of the rousing “Hey, Look Me Over,” introduced by Lucille Ball in Wildcat, slowed to a deliciously sexy pace. “Hey,” she giggles, “let’s call a spade a spade. It’s actually kinda dirty. We did the same thing with “I Cain’t Say No” [from Oklahoma!]. John Clayton is from L.A. He’s not a theater guy and he said, ‘What are all these songs you’re giving me? These songs are crazy. They’re nuts!'” Nuttiest, and most sublime, of all is the blending of Pizzarelli and Molaskey on Jon Hendricks’ “Cloudburst” and Sondheim’s “Getting Married Today,” from Company, providing two distinctly comic perspectives on pre-marital terror.

So, with three albums under her belt, will Molaskey ever return to Broadway? Perhaps, she says, but only for the right part in the right show. Meanwhile, working with “the greatest musicians in the world” she’s delighted by the warm reception she’s received from the jazz community. “The theater is a cruel world,” she muses, “and I was completely prepared for the same from [the jazz critics]. It’s not a very graceful world we live in. A lot of writers use their platforms to tear people’s work down, but in the jazz world I haven’t found that at all. It’s rare.”