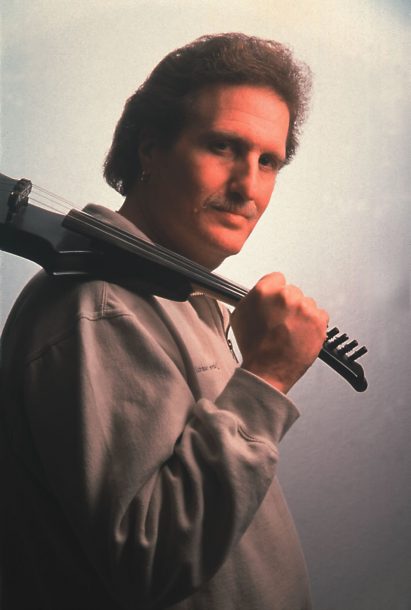 Violinist Jerry Goodman has been through many musical settings in his life over the past three decades, beginning with The Flock, the artful rock band out of hometown Chicago. But, as stereotyping would have it, he’s most often known as an alumnus of the original Mahavishnu Orchestra, which, in the early ’70s, shook the world with its proto-fusion stylings. The Mahavishnu connection comes to the fore again with the recent release of The Lost Trident Sessions, a jewel-in-the-rough, rescued from the Columbia Records vaults.

Goodman recalls that Mahavishnu was driven by a “high energy really motivating all of us. In terms of my musical development, it was like on-the-job training. I was pretty much scuffling to figure out what we were playing as we were playing it. It was complicated stuff, and also, I was not the product of a jazz background.”

Because of the intensity, was it destined to be short-lived? “In retrospect, probably so. For me, it felt like the music was held together by steel bands, as we all were, personally, on stage. Eventually, that had to snap.”

Since the influential group’s breakup, the players scattered in various directions. Goodman has been through a variety of projects, up to and including a new quartet project, The Stranger’s Hand (Tone Center), with drummer Steve Smith, bassist Oteil Burbridge, and harmonica wizard/keyboardist Howard Levy. “It’s a very interesting combination of musical brains,” Goodman says.

They sport a decided “fusion” accent, mixing rock, jazz, funk and folk elements in ways that sometimes echo Mahavishnu sound, as in the Goodman tune “Glimmer of Hope,” with its intricate 11/8 metric turns. Goodman laughs, “I fight with myself, thinking ‘OK, I can write another tune that musicians will relate to and no one else will get…’ Sometimes, I just have to opt for the way it wants to come out.”