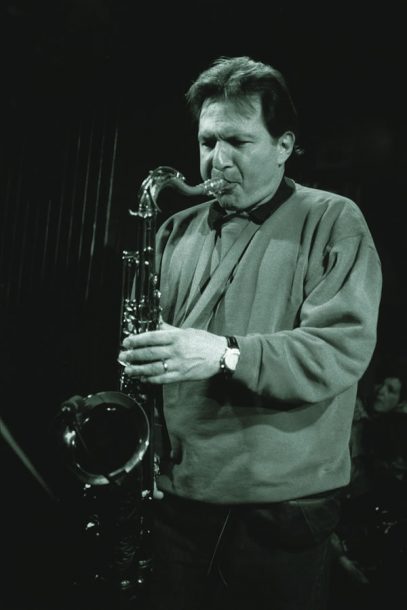 The jazz scene has been deluged with hype of late, and that is certainly not all bad. But while a healthy number of stars have prospered, it has been all too easy to overlook the rank-and-file jazz players. These are the musicians who, in the words of saxophonist James Carter, are “really doing all the cultivating of the music, taking it to that next step.”

Tenor and soprano saxophonist Jerry Bergonzi is one such musician. Active on the New York scene for five years in the mid-’70s, he now resides with his family southwest of Boston, in Medfield, Mass. He works frequently in Europe and increasingly in Asia. “I don’t have a manager. I don’t have an agent,” he states. “People call me up, and in the midst of doing everything else I’m doing, having a wife and two kids, and trying to teach a little bit and make a week’s pay…I’ve got to wear a lot of hats, you know?”

As a saxophonist, Bergonzi is part of the broad movement that is building on the techniques and formulations left by John Coltrane. He incorporates the Coltrane influence into his style the same way that saxophonists of a generation or two earlier incorporated Bird. As a saxophone teacher, Bergonzi has a reputation as a chords/scales guru (which might explain why so many people mistakenly assume that he teaches at Berklee. Actually, he teaches privately, and, since 1996, also at the New England Conservatory).

Bergonzi’s newest of his more than 80 recordings (mostly as a sideman) is an organ trio date with keyboardist Dan Wall and drummer Adam Nussbaum, tentatively titled Stretchin’ It (Double Time). “I feel like I’m an eternal student, and I’m just investigating music,” Bergonzi amiably confides. “I always wanted to be a musician. But being in the music business, I never cared about.”