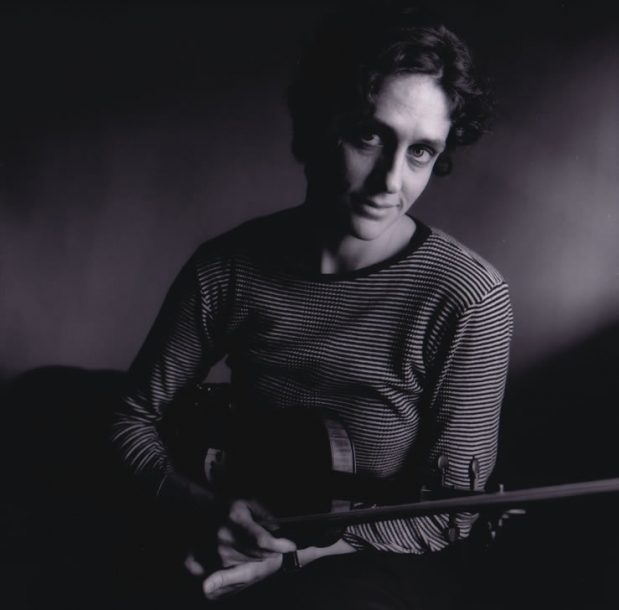 “I am very much a partial Jew. I was never religious,” admits New York-based violinist Jenny Scheinman. “My mother is not Jewish. I could never be orthodox.” So how did Scheinman come to record an album for the Radical Jewish Culture imprint of John Zorn’s Tzadik label? Wouldn’t it take a purebred to do anything “radically” Jewish? Cast all doubts aside. The seven original and two traditional tunes on The Rabbi’s Lover yearn and cry, imparting a feeling of spiritual insatiability that sounds and feels very, very Jewish.

Not content to hop on the klezmer bandwagon, Scheinman directed the album into deeper, darker corners of the Jewish folk tradition. “Originally, I didn’t like klezmer music. I don’t think it’s real good concert music. The new klezmer wave made it art music all of a sudden, when it always seemed to me like the greatest sort of party music. It was like making art music out of disco.”

Working up a sweat to The Rabbi’s Lover would be a troublous task. Although the band backing Scheinman (trumpeter Russ Johnson, guitarist Adam Levy, drummer Kenny Wollesen and bassists Greg Cohen and Trevor Dunn) does offer a decent share of lively grooves, the record exists as more of an introspective love album: lilting and hopeful in spots, agonizingly woeful in others, all thanks to Scheinman, Levy and Johnson’s interweaving leads, which are alternately sprightly and sagging.

The album took Scheinman five years to conceptualize due to her nonreligiousness and half-Jewishness. It was a gig at a gay, Jewish wedding in Vermont that eventually inspired the CD’s concept. The officiating rabbi was gay herself and had brought her lover, a quiet woman who, in the words of Scheinman, “was a very affirming character who let me know that whoever you are, whether your mother’s Jewish or not, whether you’re religious or not, or, in her case, whatever your sexual preference-that there is room for every Elijah at the table.” That affirmation helped the half-Jewish violinist feel less adrift within Judaism and gave her an approach.

It’s best to stay away from confining Scheinman into the small niche of Jewish music, though. A few reasons why: her fantastic 2000 quartet recording for Avant, Live at Yoshi’s, her folky lines on Norah Jones’ Come Away With Me and her continuing contributions to projects led by Bill Frisell, including a disc-“A strange one,” she says-with violist Eyvind Kang and cellist Hank Roberts that will be included with an upcoming book about abstract painter Gerhard Richter.