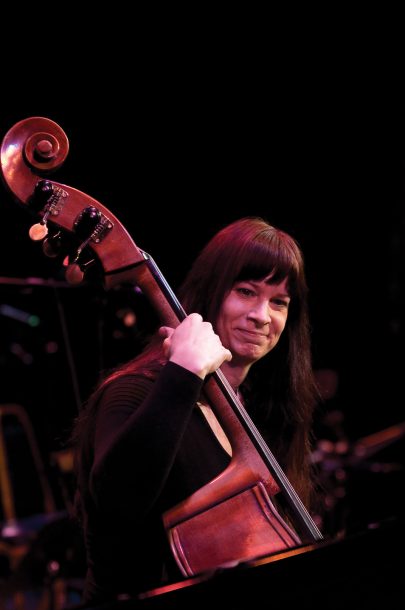 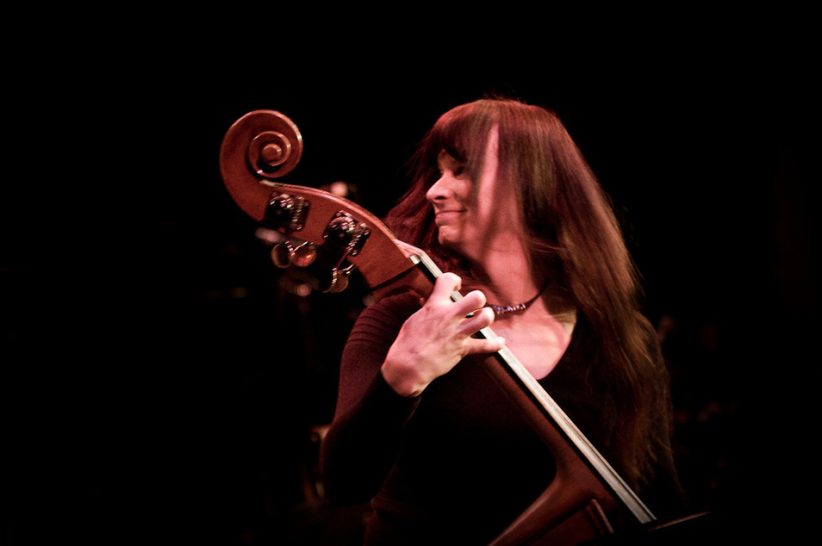 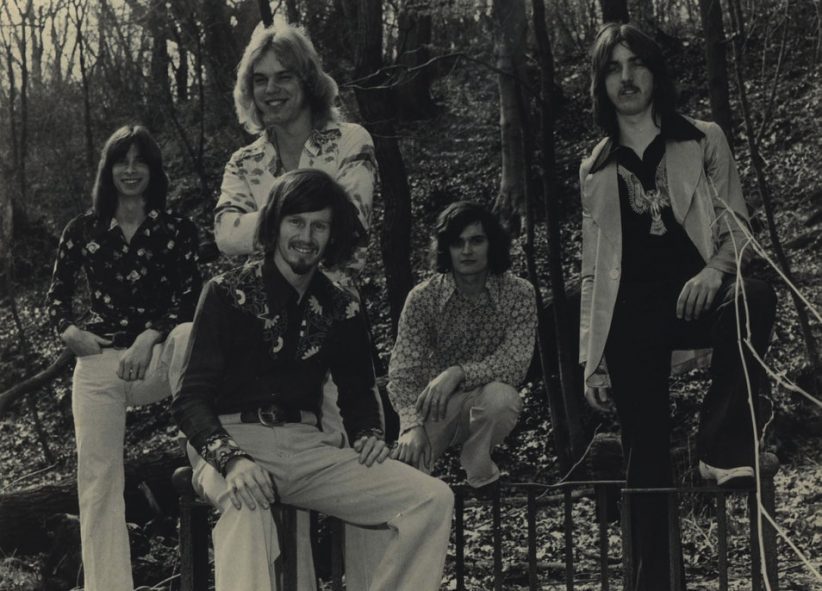 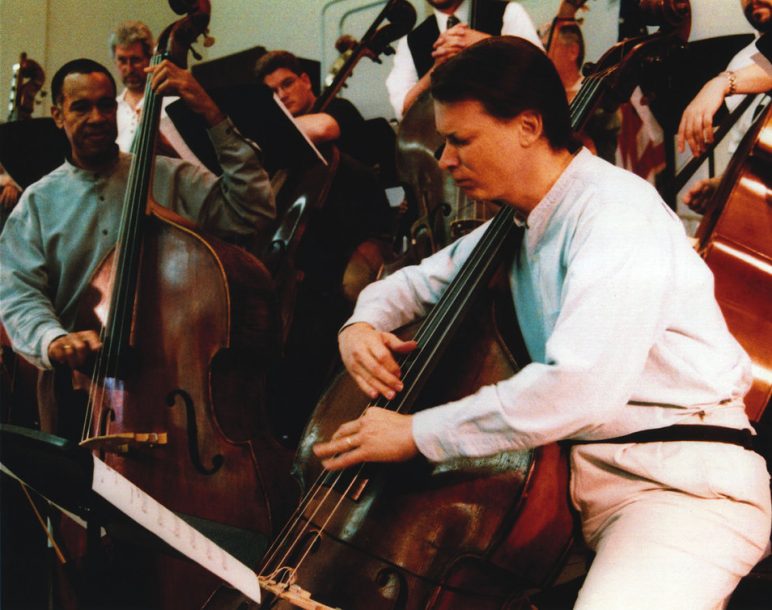 John Leitham and John Clayton at a memorial for Andy Simpkins, Hollywood, 1999 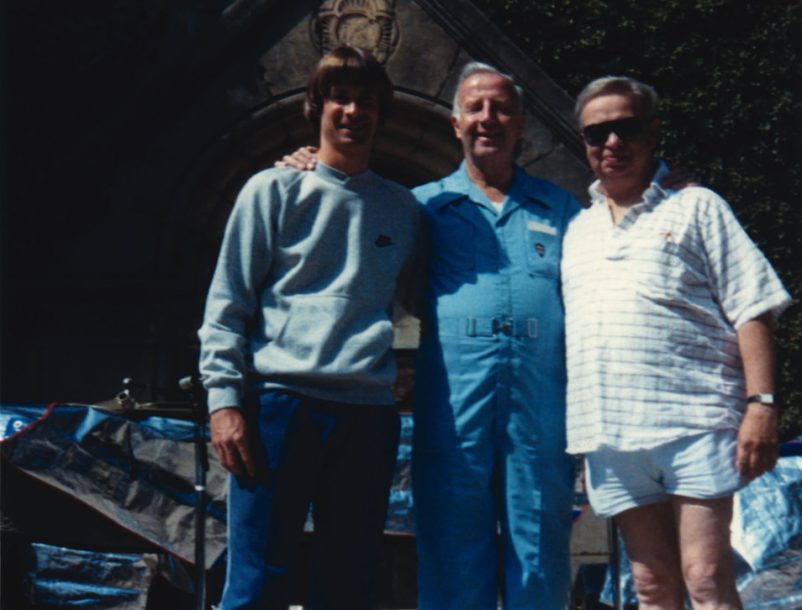 Jennifer Leitham says she’s always had a hard time sitting still when she’s onstage. Music has a visceral effect upon her, and never more so than when she’s caught up in a tune, her arms embracing her left-handed instrument, her toes beginning to move in rhythm with the music. “I was always afraid,” she says, “that if I stood up I was going to start dancing. Which would have looked kind of weird.” After years of attempting to hold those feelings in check by confining herself to the top of a wooden stool, she finally decided, eight or nine years ago, to set her feelings free. Discarding the restrictive stool, she began to play while standing, her body now unrestrained, moving in deep emotional physical sync with the pulsing rhythms she plucked from her dark-toned acoustic bass. “I immediately felt liberated,” says Leitham. “It was a revelation. And now I’m free to dance around any way I want.” Leitham’s dynamic onstage liberation was directly related to another transformation that had taken place a few months earlier. After living 40-plus years as a secretive transgender person, while rising to visibility as a much-in-demand jazz bassist, recording artist and leader, Leitham finally decided in 2001 that it was time to “transition.” Transition, that is, from living as John Leitham to living as Jennifer Jane Leitham. And to do so via sex-reassignment surgery (SRS).

In January, back in Los Angeles after a successful tour of the East Coast with her own group, she talked openly and frankly about her unusual journey-one of the most remarkable of the jazz world’s many remarkable stories. Alternating buoyant smiles with an occasional wry look and, once or twice, a sadness approaching tears, Leitham reluctantly acknowledged that she was “forging a new path, no question about that-in the world that I move in, anyway.”