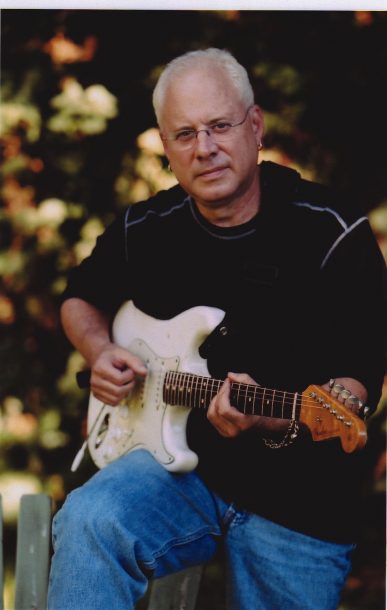 With the Santana tribute Viva Carlos!, his latest project for Tone Center, guitarist Jeff Richman may have unwittingly solidified his status as one of the top cover-tune artists in Los Angeles. If you aren’t familiar with his name, this may be part of the reason.

Richman produced and arranged four other 2005-2006 tribute CDs for the California fusion label, all with multiple guest guitarists. They honored John Coltrane (A Guitar Supreme), Miles Davis (Fusion for Miles), the Mahavishnu Orchestra (Visions of an Inner Mounting Apocalypse) and Steely Dan (The Royal Dan). Through each one, he also played comparably, if in relative anonymity to, guitar icons like Larry Coryell, Eric Johnson, Bill Frisell, Steve Morse, John Abercrombie, Robben Ford and Al Di Meola.

Richman and Tone Center president Mike Varney confer on each tribute’s concept, tunes and participating musicians. Varney, a fellow guitarist who founded Tone Center in 1997 as an offshoot of his rock label Shrapnel, then entrusts Richman with rearranging the classic material and linking a guitarist with each song. Richman then makes demo recordings, writes out charts and does whatever else the guest guitarists need to be comfortable.

“The Miles tribute was my idea, but the rest were Varney’s so far,” Richman says. “After we select a tribute theme, Mike usually asks me for a list of 20 to 25 tunes. And when I’m having that conversation with him, I’m aware of what he feels is necessary, and really wants. But through all these albums, he’s let me choose about 75 percent of the tunes. For the participating guitarists, he has heavy input, although I influence him. Same thing with the other musicians. Where he gives me complete freedom is the arrangements. I spend a lot of time working on them to give them a special twist; make them unique, so we don’t do straight cover albums.”

Like all of the tribute CDs, Viva Carlos! received mostly positive feedback. But in this case, one of the sources was a surprise.

“Carlos actually sent myself, Varney and every one of the guitar players a bouquet of flowers and a note,” Richman says. “Mine reads: ‘Dearest Mr. Jeff Richman, I hope and pray you and your family are enjoying the highest blessings, peace, light, love and joy. I wanted to let you know how deeply touched I was by you inviting all these luminary guitarists to participate in the Viva Carlos! song compilation. Please know that I will always appreciate and treasure your soulful offering. Love, respect and admiration, Carlos Santana.'”

“It took a lot of effort to track down all the guitarists, write all of the thank-you cards and send everyone a gift,” says Varney. “As a label owner for more than 25 years, Carlos’ kind and generous gesture is one of the grandest I have seen.”

Getting a thank you from a tribute subject was not part of Richman’s initial career plan. The guitarist, 54, graduated in 1978 from the Berklee College of Music in Boston, where he’d befriended classmate Stern, who’s also been involved with all five Tone Center tribute projects. After apprenticing in the bands of trumpeter Doc Severinsen and saxophonist Ronnie Laws, Richman started a solo recording career in 1986. The latest release under his name is Recollection, a self-produced compilation from previous albums that’s only available through his Website or CDBaby.

“I’ve sold about 10,” he says with a laugh. “My becoming a producer was a case of ‘life happens when you make other plans.’ I consider myself more of an arranger and guitar player, and it would be nice to produce just one artist for a change. Session work has been elusive, too-I’m busy for a while, then I go for a year without getting a call. I’d love to do a tour in Europe or Japan. I know all these great players. I play with them all the time at the Baked Potato in L.A., but I’d like to play other places!”

It may have to wait. Richman came up with the concept for the next such Tone Center theme recording, which he’s currently putting the finishing touches on. This tribute to guitarist Jeff Beck, one of his heroes, is due out this summer.