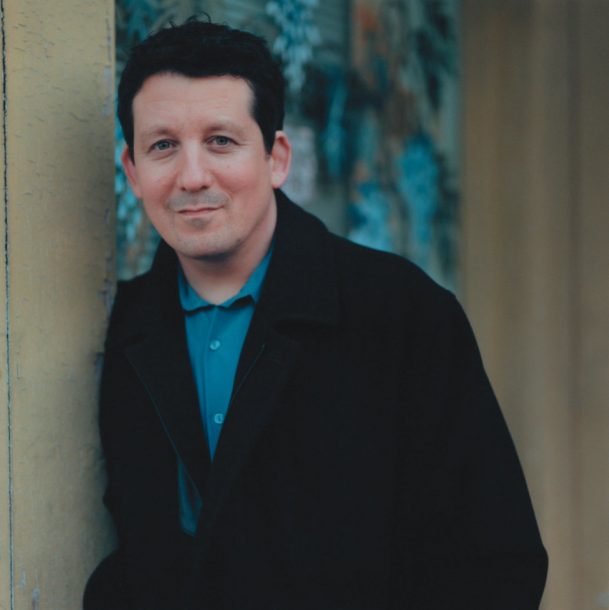 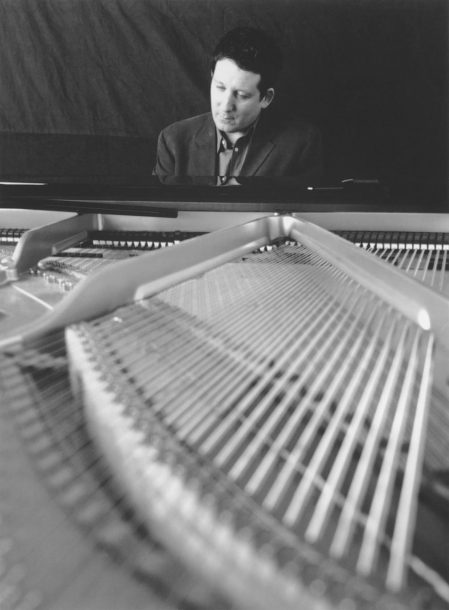 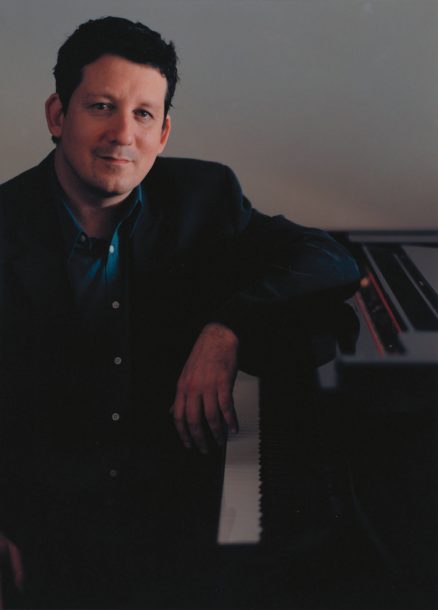 For a co-founder of a music movement, Jeff Lorber is still a young man. At 48, he’s in his prime, producing records, lending his keyboard chops to some pretty big names, playing host for a music-awards show. It’s not like he’s toppling out of his rocking chair. But it’s already been more than two decades, since he debuted in 1977 on Inner City with an album called Fusion.

Lorber’s long musical path has led him directly to this point, to the top of his chosen musical style: smooth jazz.

So what’s it like, then, to be one of the founders of an entire genre of music?

When I think of the founders of fusion, I think more of Chick Corea and Herbie Hancock, Miles Davis. If I have a little bit of contribution in some way, that’s great. If someone wants to give me that credit, or that blame, fine.

The thing that impressed me most about Kenny G wasn’t his playing. He wasn’t the musician he is now. But he had a terrific attitude and saw that being in my band could be a great opportunity for him. I immediately saw something that could go somewhere.

“I appreciate the compliment,” Lorber says. “But when I think of the founders of fusion, I think more of Chick Corea and Herbie Hancock, Miles Davis. If I have a little bit of contribution in some way, that’s great. If someone wants to give me that credit”-here he laughs-“or that blame, fine.”

He gets the credit. Fusion actually had a decade-long head start on Lorber, whose group Jeff Lorber Fusion helped push the music into the pop/R&B realm. But even as he combined fusion and pop, Lorber never forgot what the first part of the combo stood for. Listening to Lorber’s early tunes on Fusion and, later, such Arista albums as Water Sign and Galaxian, makes you realize how improvisational and jazzy his tunes really were, especially now, since it’s really just pop and R&B that dominate smooth jazz today. Hell, Lorber’s early jams would have zero chance of getting played on The Wave today. Lorber’s new CD, Kickin’ It (Samson), however, will.

Kickin’ It is an often-breezy collection, brimming with great melodies, but beneath the surface there’s a bubbling cauldron of inspired piano and Rhodes runs suggesting the early days of Jeff Lorber Fusion. Like many smooth-jazz records these days, there’s an overriding retro groove that’s not too subtle-Lorber even interprets the old standby “The In Crowd.” But who better to shine light on smooth jazz’s past than Lorber?

“It’s very much like my older records,” Lorber acknowledges. “There’s a lot of live playing, and more piano than anything I’ve done in a long time.”

For a piano player, that sounds strange. But Lorber’s career, as he has admitted numerous times, often got away from him, detouring from his central, piano-based groove.

“The earlier records were a lot more spread out on keyboards,” he says. “I’d play a lot of keyboard orchestrations and the focus would continually shift around. On this album, the piano or the Rhodes is the focus.”

And the songs are much more stripped down, with starker shading than the production-heavy bent of Lorber’s 1990s albums, with more space in the arrangements. The computers were powered down, the musicians, including Dave Koz, Gerald Albright, Steve Cole and Richard Elliot, asked to do their thing live.

Lorber is associated with the Pacific Northwest, and it’s true, he once lived in Vancouver, Wash., and in Portland, Ore., way back when. It was geography that helped him land his most famous sax player, a kid by the name of Kenny Gorelick; you know him as Kenny G. But Lorber is a Philly guy who gigged around town and later studied music at Berklee in Boston. His route West was, looking back now, a ’70s thing, a trip toward enlightenment that dead-ended when perception meet reality.

“It was an accident ending up in Portland,” Lorber says. “I had planned to move to Santa Fe, New Mexico, to study aikido.” Here he sounds almost apologetic. “It was 1973. I know this sounds weird, but that was my idea. But it ended up being just too much of a culture shock for a Jewish kid from Philadelphia-too many cowboys and Indians and no jazz scene. So I just kept driving and ended up in Portland.”

Lorber knew he wanted to experiment with his music and, in those days, it was encouraged. He drew elements from artists he admired, such as Tower of Power, Earth, Wind & Fire, Miles Davis, the Paul Butterfield Blues Band. After two albums for Inner City, Arista signed him and Lorber and Arista had a six-year relationship that produced some of Lorber’s most definitive work, which helped carve out a genre.

But Lorber had a problem. He needed a steady sax guy. A friend suggested a thin kid with curly locks and an infectious attitude. “The thing that impressed me most about Kenny wasn’t his playing,” Lorber says. “He wasn’t the musician he is now. But he had a terrific attitude and saw that being in my band could be a great opportunity for him. And I had gone through every sax player in town. A lot of them were good, but not ambitious enough. When I met Kenny, I immediately saw something that could go somewhere. That’s why I hired him.”

Those were some good, solid musical years for Lorber, but he felt the itch to move on in 1985. Jeff Lorber Fusion broke with Arista after 1985, after it seemed Lorber was making crossover strides when he signed with Warner Bros. and had a hit with “Facts of Love,” featuring sultry vocalist Karyn White.

“Clive Davis and other Arista managers pushed me in the direction of, ‘You’ve gotta have hit singles, you’ve gotta have vocals, a singer.’ I, not knowing any better, said, ‘OK’,” Lorber says, using his best nerd voice for emphasis on that last word. “So that’s the direction I went in a while.”

Lorber was restless. “It was great for Karyn’s career but it wasn’t great for mine. I found myself being a sideman in my own band. I just got disillusioned by the whole experience.”

So Lorber’s next move was, in retrospect, kinda puzzling. He spent the next several years pounding out riffs on dance records by such artists as Paula Abdul, Nu Shooz, Sheena Easton, the Isley Brothers, Jody Watley and even-this was the ’80s, remember-Eddie Murphy and Bruce Willis.

But maybe Lorber just needed to try something else. He now says he had a lot of fun making dance records. But session work grew tiresome, and Lorber eventually longed to make his own music again. He found creative control while producing CDs for contemporary jazz artists like Art Porter, Eric Marienthal and Herb Alpert. But in 1993 he officially made his comeback with the appropriately titled Worth Waiting For. Since then he hasn’t slowed down, releasing West Side Stories (Verve), State of Grace (Verve) and Midnight (JMI). Now Kickin’ It puts Lorber on a new label, the up-and-coming indie Samson, which is aggressively expanding its roster of smooth jazz artists.

Now that he is in control of his own music again, Lorber seems to have settled into a quasi-role as a statesman of smooth jazz, in addition to steady session gigs with artists like Marienthal, Elliot and Peter White. For two years Lorber has been the musical director of an awards show solely dedicated to smooth jazz. (It debuted in 2000 as the Oasis Awards but this year morphed into the bland-sounding but more instantly recognizable National Smooth Jazz Awards.)

With so much happening in his career, Lorber can still easily bring forth images of the past when asked to pontificate on the state of his chosen music. And he does have a few things to say about the contemporary-jazz timeline. Much of it has been said before, but this comes from a man with some perspective.

“In the ’70s and ’80s instrumental music was in its early evolution, with bands like Weather Report taking jazz fusion elements and synthesizing it with different elements, like R&B, pop and vocals. It moved into what I guess we can call instrumental pop. But the early stuff was just so raw in comparison with today’s sound, but there are a lot more influences now: hip-hop, a couple generations of synthesizer and drum machines and various approaches to R&B rhythms. We’re all really influenced by that.

“The older music was more all over the place, there wasn’t a format and there wasn’t the situation that if you played something that sounded a certain way radio wasn’t going to play it, like there is now. Now, people are more in a box about what they’re able to play and record, but at the same time, we’re trying to be as creative as we can within those limitations. It’s a different kind of challenge.”

For Lorber, the real spirit of his brand of jazz music is the feeling of improvisation, getting to jam and play licks filled with spirit and fun.

“I really try to put that in my records,” he says. “I’m not afraid to improvise for 30 bars; some will just play the melody over and over again and, of course, there’s a little of that on Kickin’ It. But I’ve tried to keep the jazz spirit on the CD. The last song on the record, ‘What It Is,’ is the closest thing to one of those exciting fusion jams I’ve done in a while. I think if I had written it back in 1978 and played it on stage it would have felt right at home.”