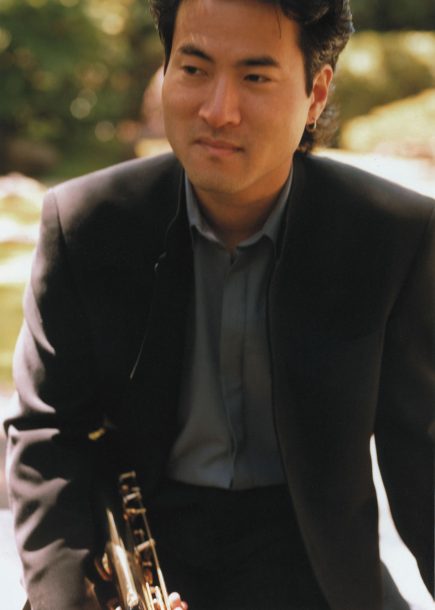 Before starting work on his fourth solo album, Simple Truth (Native Language), smooth-jazz saxophonist Jeff Kashiwa defined a specific objective: to express his musical ideas as directly and forthrightly as possible. But achieving this aim required quite a bit of introspection. “I spent a lot of months, 14 hours a day, just downstairs in my studio writing songs and cowriting with other people,” says the former Rippingtons member.

To streamline each melody, Kashiwa put down the horn. “When I went to write and cowrite the melodies for the album, I didn’t write anything down. I didn’t even use my saxophone. I just sang the melody that I wanted to play, that I heard in my head,” he says. “Putting the saxophone down is very helpful, because we as saxophone players get carried away and play a lot of notes, and when you put the horn away, you’re just left with your voice. And I’m not a very good singer at all, which is even more helpful because the melody has to be simpler so I can sing it.”

The Southern California-based Kashiwa recorded Simple Truth at Hansa Haus Studios in Bonn, Germany. Being so far from home helped him and his band focus on the music “because we weren’t running off to different sessions or different gigs, or going home, even.” He also tried a recording method that differed markedly from the way he had previously created albums-but one that’s the usual manner for the majority of jazz musicians. Kashiwa normally records by tracking each instrument separately; this time, he and the other musicians recorded together on many of the tunes, giving them a more organic feel than most smooth-jazz songs. Kashiwa says he was “terrified at first” because he hadn’t initially planned to record that way, but the album’s producer, guitarist Chuck Loeb, used a little trickery on him. Loeb suggested that the saxophonist record with the other musicians just to inspire the band. “‘We’re not even going to keep this track. Don’t worry about it,'” Loeb told him. Kashiwa says he felt “pretty put on the spot” but “we ended up keeping my takes!”

Kashiwa wanted to keep Simple Truth’s feel optimistic, and an upbeat spirit does pervade the album, particularly on tunes like the rousing “3-Day Weekend” and the uplifting “Voices.” Kashiwa composed the latter track’s melody post-9/11, and he was struck by its anthemic quality-“that inspired this feeling of, ‘We are a nation of many voices, yet as America, we are one voice. We will go on.'”

The expressive title tune went through several revisions before ending up in its final form. Kashiwa initially envisioned it as a concise radio track, but when the musicians started playing, the piece became slower, jazzier and more expansive. Kashiwa says that when he listened to it later,

“I was so moved, I just started crying, and I walked out into the hallway because I was embarrassed.”

Although he’d intended to stay with the Rippingtons for only a few years, Kashiwa remained for a decade, departing in 1999. He greatly enjoyed playing with the band, and the gig brought him international recognition, but Kashiwa, who had always planned to have a solo career, says, “I was thinking, ‘It’s now or never. I’ve got to make the jump. I’ve got to believe in myself and believe in what I can accomplish here, and do it.'” He’d been recording solo albums since 1995, and he finally broke through as a solo artist in 2000 with a catchy number called “Hyde Park (The ‘Ah Oooh’ Song).” The tune, which appeared on his album Another Door Opens (Native Language), spent multiple weeks atop the smooth-jazz charts and established Kashiwa as one of the genre’s stars.

Kashiwa held many thankless jobs before he could support himself as a musician, but he never lost his determination, and now he is working on a book that will present his personal philosophy of goal achievement. It will be “about the heart, about the soul, about motivating yourself and how to keep yourself from getting depressed or unmotivated in your pursuit of music. That’s one thing they don’t talk about in school,” says the former Berklee School of Music and Cal State Long Beach student. “They say how to sight-read and how to do all the technical aspects of music, but no one talks about how to keep your morale up, how to cultivate self-confidence and self-belief. Because, by definition, you have to do it yourself.”