Skip to content
Become a member and get exclusive access to articles, live sessions and more!
Start Your Free Trial
Home > JT Archives > Jeff Berlin: For the Kids 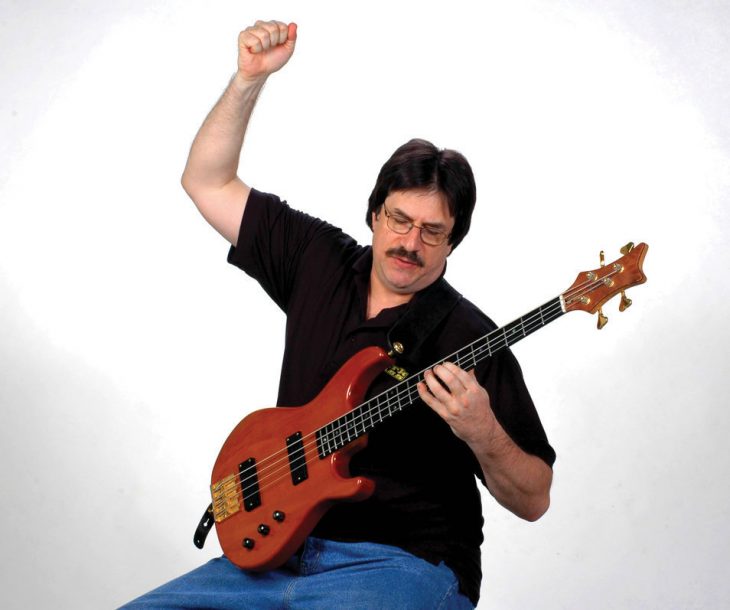 Even at age 54, electric bassist Jeff Berlin says he’s still a student on his instrument. Learning has been a career-long quest for Berlin, who studied in classical conservatory settings as a child prodigy on violin, then switched to bass at 14 and developed his heralded technique at the Berklee College of Music. In 1997, Berlin founded the Players School of Music in Clearwater, Fla. Along the way, he’s also managed to keep both a sense of humor and sense of purpose.

That sense of humor is evident on the native New Yorker’s latest CD, Aneurythms (M.A.J.), which features other puns-in-song titles like “Don’t Be Happy! Worry!” and “A Mark You Remade.” Berlin’s sense of purpose is evident in the reason he founded the Players School in the first place.

“I have two sons, Jason and Sean,” he says. “Jason is the oldest, and he had cancer 10 years ago. That’s why I started the school, because I had completely quit playing so I could be home. I didn’t know what was going to happen to him, but in the meantime I needed to be with him; to take care of him. Just to make a living, I started the school, since I had no other means to do so. A few years ago, Jason started to get better, and I started playing and touring again. He’s 14 now, and he’s considered completely cured.”

Berlin has celebrated that good fortune by releasing three CDs, In Harmony’s Way, Lumpy Jazz and Aneurythms, on his own M.A.J. label since 2001. He’d released only one album of new material during the preceding 15 years. The M.A.J. recordings are available online at jeffberlinmusic.com.

“Vinnie’s the best sight-reader, on any instrument, that I’ve ever seen,” Berlin says. “Most of what you hear on Aneurythms is live, and most of it was recorded in first takes. We did all the basic tracks in two days.”

“I owe an entire career, and an entire understanding of professional music and performing, to Bill Bruford,” Berlin says. “He was very important to me, and still is. I’m extremely lucky and grateful to have played with him. We toured everywhere, and it was a wonderful, heady experience. One day, Bill sat down at the piano and played a chord that, at Berklee, wouldn’t work. One note clashed with another, and I told him so. And he looked up and said, ‘But I like the sound of it.’ And that comment hit me like a thunderbolt. I realized that, of course, music doesn’t have to be academically correct to sound good.”

Berlin applies such non-academic lessons to the Players School. The “Starting Notes” on its Web site, playerschool.com, read: “There are no auditions to attend the school. We do not believe that you must qualify to study with us. We must qualify to teach you. The absolute beginner is welcomed here and can feel at ease, knowing that they will not be overwhelmed while learning at their speed and ability. Intermediate and advanced players will find teachers equal to the task of guiding them through more sophisticated musical instruction.”

“After 10 years on the violin, I’ve never had any interest in acoustic bass, but I’m interested in the acoustic sound,” Berlin says. “I’m learning to make my electric bass sound as warm as possible in my touring group [with drummer Paul Wertico, steel drummer Othello Molineaux and Drexler switching between piano and acoustic bass]. And the four-string bass still has infinite possibilities to me. I’m forever discovering how to play it.”

Still learning after all these years.