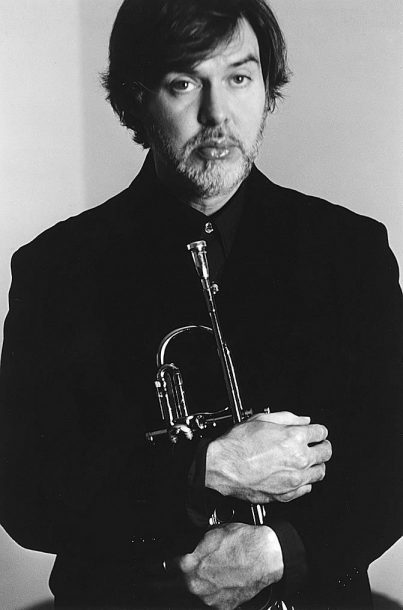 The Checkout, which makes its debut on Tuesday, April 7 at 6:30 pm, will be the first newly produced program on New Jersey-based jazz radio station WBGO since JazzSet began 17 years ago.

Josh Jackson, host of The Checkout, first began his life in radio in New Orleans, then landed a temporary production assistant job at American Routes, and followed with public radio boot camp at Murray Street Productions in New York.

Jackson joined the WBGO team in 2001 and is currently the station’s Special Projects Producer, blogger-in-chief and an unparalleled enthusiast for modern expressions in jazz. He has been responsible for new media projects such as Living With Music, an online multimedia riff about jazz, and the multi-media partnership between WBGO and NPR, Live at the Village Vanguard, a monthly concert series that includes live audio and video streaming via the web, live radio broadcast, plus an interactive blog where fans of the music interact with one another.

As Jackson was producing award-winning documentaries and more than 250 live concert recordings at WBGO, an idea for a show highlighting new music came to him. He says, “I wanted to put this content we were recording in context, to connect the dots between artists’ upcoming performances in the area, their new releases, and what they’re listening to.”

The Checkout will be a one-hour magazine format, also available as a podcast, that will feature what’s new in the New York jazz scene. The New York Times‘ Ben Ratliff will occasionally sit down with Jackson to discuss new releases, reissues and newly discovered or unearthed music.

A new website will also launch on April 7, CheckOut Jazz. Jackson’s strong relationship with many musicians will enable the site to have on-demand content such as Featured New Music-single tracks from new releases that day-and Studio Sessions, which are recorded in the WBGO performance studio. Jackson will be record interviews and experiences on location throughout the New York area to collect the pieces of The Checkout.

WBGO is celebrating Jazz Appreciation Month in April, which is also the station’s 30th anniversary. The first month of shows has been confirmed, and will feature interviews with Tom Harrell, Omar Sosa, Sangam (Sakir Hussein, Eric Harland and Charles Lloyd), Chick Corea and John McLaughlin, as well as studio sessions with Claudia Acuna and Marco Benevento, a new release from Allen Toussaint’s Bright Mississippi band, and a playlist from Branford Marsalis.

WBGO is at 88.3FM in New Jersey. For more information visit WBGO.