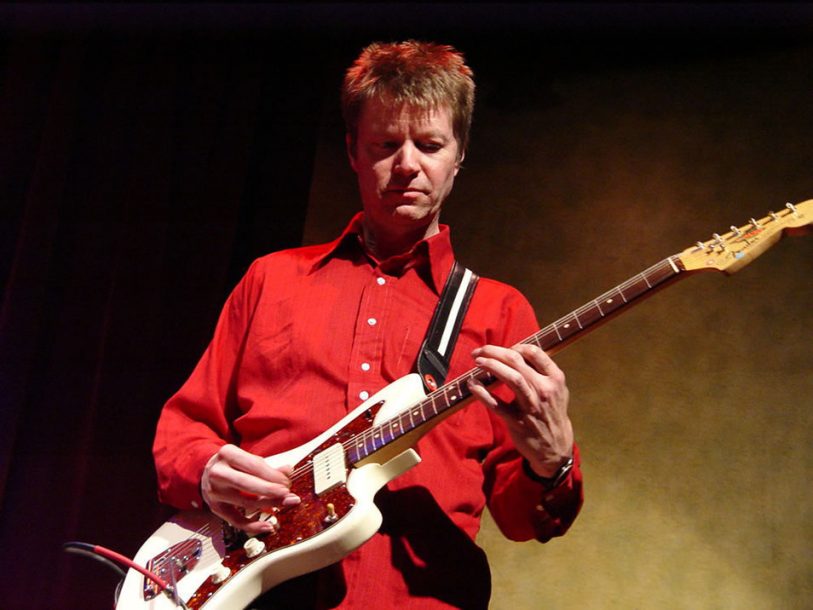 Yes, it’s true. We put (another) rock star on the cover of JazzTimes. But this month’s cover subject, guitarist Nels Cline, had heavy jazz and experimental music cred way before he joined the acclaimed rock band Wilco. We featured the Los Angeles-based guitarist in 1997, and a few years back, Cline wrote an interesting piece for us about the legacy and influence of Andrew Hill. In short, he is no Johnny-come-lately to the jazz scene, nothing like those aging rockers who turn to jazz for some sort of cloak of credibility late in their fading careers. If anything, Cline went the opposite way, going from the jazz avant-garde to rock. And he never stopped recording and performing as a jazz artist.

What’s been most interesting is just how warmly he’s been accepted and embraced within the rock world for essentially playing the same audacious way he plays in front of small audiences. True, he’s now merely bringing his own sound and approach to a fully formed band with an established identity and a clear-cut leader in Jeff Tweedy. But it is interesting that Wilco fans of all ages genuinely appreciate Cline’s creative explorations. Yet, at least for now, Cline’s own solo performances don’t play to the same arena-sized audiences.

I thought it appropriate to ask our own Nate Chinen, who interviewed Cline for the cover story, to speak about this duality, because as a frequent New York Times music critic, Chinen works the rock beat almost as much as the jazz one. I asked him what it’s like going from jazz to rock, sometimes in the same night. “Being a jazz critic really lays the groundwork for me to be perhaps a different sort of rock critic,” says Chinen. “It’s interesting that, of the four people writing about pop music for the New York Times, three of us have covered jazz. I think it really helps. You’re used to listening closely and deeply to what happens beneath the surface of a band’s interaction.” And how about going the other way, from rock to jazz? “In a way, if I were only writing about jazz, day in and day out, I think burnout is a real risk. It really helps to have some kind of variety.”

Sometimes the variety is in the music itself. “One thing that’s been interesting to me here in New York is how much young energy there is on both the rock and jazz spectrums, and how much cross-pollination is happening at the moment,” Chinen adds. Watching Cline onstage with Wilco, I almost forget that he’s much closer in age to my 50-something self than to the average audience member (or even the rest of the band).

It seems reasonable to presume that, for a young Wilco fan, seeing the middle-aged Cline improvise may change the way he or she views the work of instrumental jazz artists-Cline included.