Skip to content
Become a member and get exclusive access to articles, live sessions and more!
Start Your Free Trial
Home > JT Archives > Jazz in the Hermitage Garden 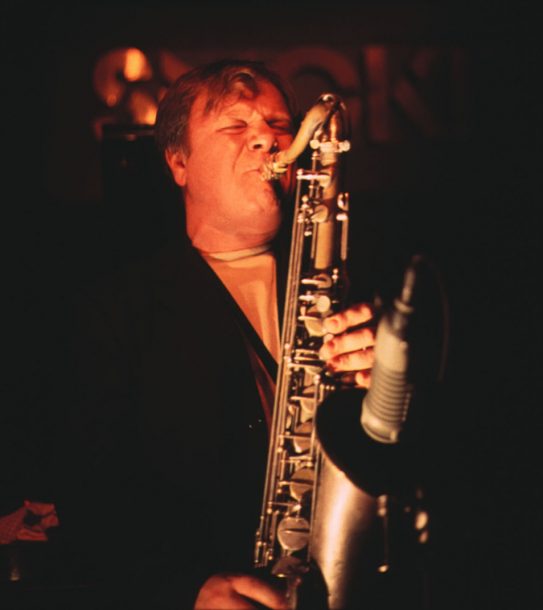 Russia has a long, complicated history with jazz, reaching back to the 1920s. Viewed as decadent and forced mostly underground during the Stalin era, jazz has proven remarkably hardy, especially since the collapse of the Soviet Union in 1991. The Russian jazz scene is now undergoing a healthy period of revitalization. While there’s still no all-jazz radio station in the country, there are now a growing number of jazz clubs and active record labels, and jazz is studied in select music schools and at The Jazz Center in Yaroslavl. There is also a respected and widely read jazz magazine and Web site (http://www.jazz.ru) and a relatively free flow of musicians in and out of the country.

But you can’t have a vital jazz culture without a jazz festival, and there are a number of them operating in Russia. Among the most important is Jazz in the Hermitage Garden, Russia’s first open-air jazz festival. Now in its 11th year, the festival is produced by Mikhail Green and supported by the city of Moscow. It runs for three consecutive nights in a park in downtown Moscow, not far from the Pushkinskaya metro. The Hermitage Garden is a fitting location as this is the same park where some of the first Russian jazz concerts and swing dances took place in the early 1930s. Each night draws between 1,000-1,500 people and runs from 5-10 p.m. The majority of musicians appearing are from Russia, though this year’s line-up also included a trio from Austria, a blues band from Slovakia, a pianist from Poland and a smattering of Americans.

The festival opened on a Friday night with tenor saxophonist Mike Tracy fronting the Open World Ensemble. Tracy is a fine hard-bop player who should be better known, but he’s dedicated his career to running the jazz program at the University of Louisville and helping teach the language of jazz through his workshops, clinics and residencies in Eastern Europe. The young Russian musicians with him demonstrated poise while assertively running the chord changes of Hank Mobley’s “Funk in a Deep Freeze” and Slide Hampton’s 6/8 arrangement of “What’s New.” Trumpeter Peter Vostokov and tenor saxophonist Stas Dolzhkov were especially impressive in their articulated variations on “Seven Steps to Heaven” and a tricky, Monk-like blues. When asked what he likes about playing with the young Russians, Tracy grinned and said, “They kick my ass.”

Pianist and composer Ivan Farmakovsky’s quintet, including saxophonist Igor Butman and American trumpeter John Bailey, would sound right at home in any Manhattan club. Their self-described “hard-core jazz” blowing session included Farmakovsky’s tunes “Hard Blues,” “Next to the Shadow,” and “Farmacology,” which brought to mind the tough, late-’60s sounds of Woody Shaw and Joe Henderson. Other highlights from the first night included keyboardist George Colligan and his fun, surprisingly nasty arrangement of the Beatles tune “Come Together,” as well as the fiercely swinging group led by drummer Oleg Butman (brother of Igor), featuring Natalia Smirnova, who pounded the piano with Tyner-like intensity.

The evening ended with Slovakian blues harmonica player Bobosh and his group Sitra Acha rocking half a dozen tunes like “Cajun Moon” and “I’m Sitting on Top of the World.” No one will mistake him for Sonny Boy Williamson, but Bobosh knows how to bend a note and growl indecipherable vocals. For those who keep track of such things, every tune was in the same key and more or less in the same tempo.

A larger crowd turned out on the second day to hear two bands-Yevgeny Revnyuk’s Laber Band and Andrey Bodnarchuck’s Trialogue Plus-play pleasant sets geared toward a crossover audience. Then Adam Makovich brought jazz back to the jazz festival with his solo set. The Polish pianist wisely kept his prodigious technique in check, with the emphasis on musical meaning rather than flash. “A Foggy Day,” for example, displayed intriguing harmonic substitutions, creative voicings and arpeggiated runs, and “Blue Skies” included a surprising key change in the bridge and striding left hand. For the set’s climax, Makovich finally unleashed his inner Art Tatum with a virtuosic “Just One of Those Things,” filled with startling dynamic contrasts and dazzling left-hand excursions.

It would have been a challenge for any pianist to follow those fireworks, but Larry Willis brought some of his own. Leading a quartet featuring the Kiev-born, Israeli-based alto saxophonist Robert Anchipolovsky, Willis and friends played various standards, including “Milestones,” “Rhythm-a-Ning” and Herbie Hancock’s “I Have a Dream,” as well as his own stirring “Ethiopia.” Willis is well known in the States for his many solo and sideman appearances, but the revelation on this night was Anchipolovsky, whose big, bright sound and strongly swinging, on-top-of-the-beat solos revealed the influence of one of his teachers, Phil Woods.

The night concluded with Seattle-based singer Greta Matassa, backed by saxophonist Alexey Nikolayev’s band. There’s nothing subtle about Nikolayev, an exciting player with great facility. Matassa’s strong sense of time and uninhibited horn-like scat solos matched Nikolayev’s energy on “Late Late Show,” and she later charmed the crowd by coming out to the front of the stage and singing “Never Never Land” to captivate three wide-eyed little girls. Matassa ultimately brought the house down with her super-charged, stop-time soul gyrations on “I’m a Fool for You.”

The festival’s final night was full of surprises. First, the Crazy Rhythm Band did not play traditional jazz or swing as their name might imply, but rather hard bop with shifting meters and unusual time signatures. Austrian Karlheinz Miklin followed in a set of searching free jazz with a trio including his son on drums. Then he plugged his saxophone into a harmonizer and blew a South African-flavored calypso. While pig-tailed vocalist Anastasia Glazkova sang her intriguing, quirky compositions, I asked Larry Willis what he thought of her. He smiled, nodded and said, “You have to have good ears to sing like this.”

Due to hellish Moscow traffic, saxophonist Craig Handy arrived only moments before he was due on stage. Fortunately, he and the MosGorTrio (Moscow City Trio) were ready. Pianist Yakov Okun, bassist Makar Novikov and drummer Alexander Mashin lit sparks behind Handy on “Monk’s Dream,” the gospel-tinged “Listen Here” and a burning “Giant Steps.” The festival closed with performances by two very different groups presented by Igor Butman, the highly regarded leader of the Russian straight-ahead style. The first was a blistering, chops-heavy display by trumpeter Alexander Berenson, as much about endurance as artistry. The final group, led by trumpeter Vadim Eilenkrig, played crowd-pleasing, confectionery smooth-jazz, which caused some of the purists in the audience to roll their eyes, especially after the unexpected rap interlude toward the end.

Moscow audiences take music seriously and they come to listen. Unlike the typical jazz audience in the U.S., Russians don’t follow the tired practice of applauding after every solo in every song, and they only give a standing ovation when the artist truly deserves it. For international jazz fans considering adding Russia to their itinerary of summer festivals, it’s worth keeping in mind that Moscow these days is one of the most expensive cities in the world for tourists. But where else can you go to eat good shashlik and khacha-puri while listening to jazz under the stars? For those who can never get enough, each night after the festival there were lively jam sessions at the Union of Composers Club that went into the early morning hours. Many in the Russian jazz community are curious and eager to exchange information with international colleagues, though unlike most of the common tourist destinations in Europe, not everyone speaks English. But they do speak jazz.