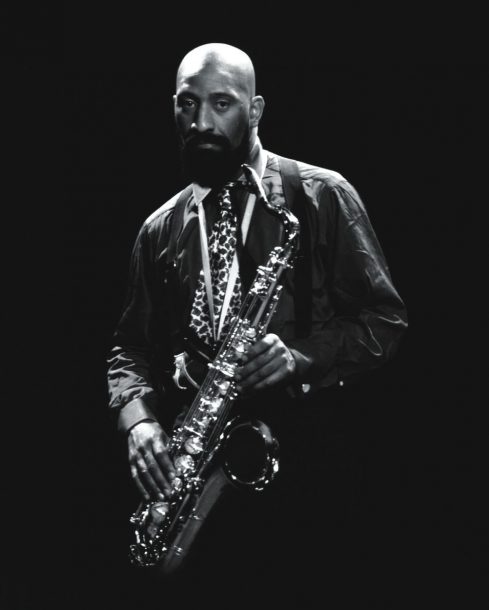 With their dramatically drooped heads and shoulders, the members of Bill Evans’ 1964 trio look like an early, pre-electric shoegazer band in a Swedish broadcast that’s practically jazz-noir, a typical stylistic touch in the ongoing Jazz Icons series. This third volume matches its predecessors as an imagistic bonanza of mostly black-and-white European footage, executed with a filmmakers’ panache. From the opening show on disc one, a Sonny Rollins corker from Denmark in 1965, it’s evident that real planning went into these shoots, as if the producers had worked out storyboards for when to focus on a ride cymbal as a beat was about to change, or when to cut to a pair of pursed lips as a solo was set to commence.

The Evans material, which covers five performances over 11 years, would make for one psychologically probing and challenging live album if you were to part the music from the images, but it’s the images-and often those that arise from small gestures-that influence how we hear this music. A visibly weary, and perhaps weary with rage, Nina Simone all of a sudden becomes positively apoplectic during a sequence from Holland in 1965, as she kicks into the second half of Bob Dylan’s “The Ballad of Hollis Brown,” stammering and inveighing as though she were the opening act for the four horsemen of the Apocalypse. It’s harrowing and almost impossible to look away from, as is the bawdy “Go Limp” two songs later, a cheeky parlor number that has Simone cracking up, just when you thought there was no way this woman could muster any laughter. A heartening turnabout.

Lionel Hampton evinces a similar joy with “The High and Mighty” from a 1958 Belgium show, hovering over his vibes with wide eyes and trembling hands, scarcely able to control his excitement over which note to sound first. It’s a crowd-pleasing set, very much a showman’s performance, with some Vaudeville theatrics and brassy jump blues. The Cannonball Adderley disc proceeds in the same fashion, only with an emphasis on modal R&B rather than mid-century swing. The rhythm section for both 1963 shows is a groove machine, with Joe Zawinul on piano creating massive chord clusters that sound as though they’ve emanated from an organ, reverberating in accordance with Louis Hayes’ drum riffs and Sam Jones’ surprisingly light, guitar-like bass patterns. The crowd goes mad for the man of the hour, who turns out not to be Adderley-or his brother, Nat, on cornet-but rather Yusef Lateef. The leader clearly enjoys watching his multi-instrument star cool down the crowd with his flute solos, only to gather up his tenor sax once more and beat the devil out of “Work Song.”

At their best, the Icons films command empathy. The images are so absorbing, the shots so adroitly framed, that one practically feels compelled to pass through the screen and pull up a chair on the apron of the stage. For instance, as Rahsaan Roland Kirk comes closer to the camera during a Belgium ’63 set, three horns hanging from his neck, one starts to think of musculature, of the physical aspect of Kirk’s performance art-the strain, and how that strain produced a music that is athletic in its rapid movements from one key to another and balletic, nimble, despite those physical exertions. And Kirk was just made for the freeform fashions of hippie-era television, as a five-track sequence from Norway in ’67 attests, with the Great Enigma outfitted as a post-Beat, sleek-suited Surrealist.

The ’67 Kirk footage is mostly in long shot, so we get a view of the entire band and a sense of how each player moves about in space: tapping out beats on the floor, imparting directions and intentions through looks and nods. Conversely, the Sonny Rollins performances have a more subjective camera style; we see Rollins, of course, dominating the frame, but from its sides. That is, we watch what Rollins watches, hearing the music as he sees it. The ’65 Denmark show features the set’s best music-if you recorded it to CD, you’d have a classic live album on your hands-and it’s gripping to see how absorbed Rollins is in what drummer Alan Dawson is doing. Come solo time, Rollins takes some of Dawson’s own ideas and adapts them to his horn, creating a dialogue that takes place in installments. For anyone less enthused by theory, the Oscar Peterson portion of the box is wonderful company on a Sunday morning as you’re making coffee or passing in and out of your living room, an aural and video backdrop that puts few demands on its audience save a love of the sort of jazz that gladdens the spirit after the mind has moved on from the likes of Bill Evans’ ruminations.