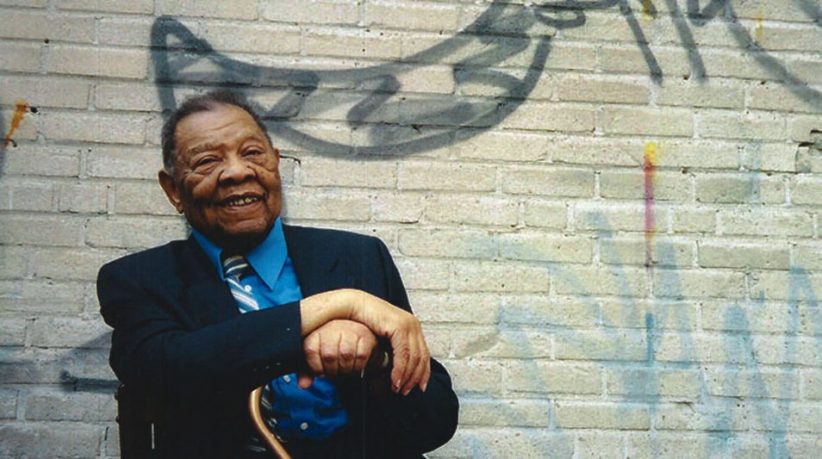 It was at Carnegie Hall in New York City. Clint Eastwood said that he was honored to meet the man. Eastwood said he was in awe of the man’s talent. The rest of the world might have been surprised to learn whom he was talking about, but those of us from Kansas City understood immediately. Eastwood was making these comments about the legendary piano player Jay McShann, and he was just saying out loud what many of us in Kansas City had known all along.

Jay McShann, who actually came out of Oklahoma, made his home in Kansas City and helped develop the sound that put Kansas City-style jazz on the map. He combined the blues with the swinging style of jazz and changed the face of both forms of music in America. Jay worked in Kansas City with a lot of the great local musicians and continued to travel and play as long as he could. He always had a smile on his face and greeted everyone with a kind word. It was amazing how someone could genuinely be that friendly and warm all the time.

I had the chance to hear Jay a few times, but one occasion that stands out was in Kansas City in 1997. It was the big grand re-opening of 18th and Vine. It was a huge black tie affair with Pat Metheny, Al Jarreau, Tony Bennett, Claude “Fiddler” Williams, David Sanborn and others. The George Duke Orchestra was the musical background. For the finale of the show, everyone was to play and sing on the Benny Golson tune “Killer Joe.” I was standing next to Jay and I was to cue him when it was his turn to take a solo. During rehearsals everything was going good until it came time for Jay’s solo. Instead of riffing over “Killer Joe,” he started playing the blues. We stopped and told him again what we were playing, and Jay admitted he didn’t know “Killer Joe.” Well, George Duke as the music director made a quick decision that Jay McShann could do what he wanted to do and that was to play the blues. The new plan became that, when it came time for Jay’s solo, everyone stops…and Jay plays the blues. Of course, it worked great and received probably the biggest ovation of the night. Not just because it was the blues, but because it was Jay McShann. He was one of Kansas City’s last connections to the golden age of jazz. Jay McShann helped to usher in that Kansas City style and his passing truly marks the end of an era.