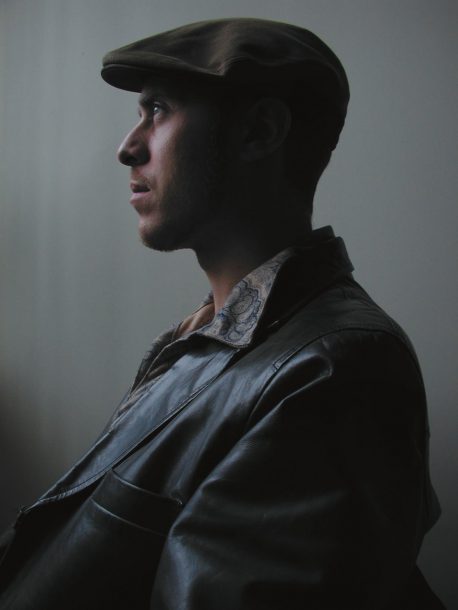 Everything in my career is very delayed as far as what the public at large catches,” laments pianist Jason Lindner. He’s referring to the rather untimely release of his second solo disc, Live/UK (Sunnyside), which was recorded three years ago while he was touring London promoting his debut album, Premonition (Stretch)-which was actually recorded a couple of years before its 2000 release.

Renowned for its low cover fee and extremely high caliber of mostly unknown jazz talents, Smalls became a major incubator for fresh voices. About a year after the club’s opening, Lindner approached its owner, Mitch Borden, about the possibility of featuring a big band on Monday nights. “Mitch said, ‘Great, when do you want to start?'” Lindner says. Within three months he wrote some modern big-band charts and corralled a multi-culti crew of musicians that included trumpeter Diego Urcola, percussionist Kahlil Kwame Bell and trombonist Avi Lebovich, among others. And even though Premonition announced the official arrival of the Jason Lindner Ensemble, in 1998 Impulse released Jazz Underground: Live at Smalls, which captured the big band’s woodshedding period. (After Smalls closed its doors last year, Lindner moved his big band one block over to Fat Cat Billiards.)

When the time came for Lindner to promote Premonition, he was by then leading a quintet (sized down to a quartet for touring) and was playing completely new material. He’s in a similar predicament now with the new CD. While Live/UK showcases some of Lindner’s longstanding collaborators-bassist Omer Avital, saxophonist Jimmy Greene and drummer Marlon Browden-Lindner is now steering an electric ensemble comprising of drummer Gene Jackson, bassist Reggie Washington, saxophonist Jacques Schwarz-Bart and trumpeter Avishai Cohen. Luckily for listeners, however, Lindner is still performing some of the compositions from Live/UK with this new band.

As a composer, Lindner writes buoyant, singable melodies enlivened by circular, interlocking rhythms that often coalesce, swell and burst into euphoric exclamations. His affinity for syncopated rhythms and memorable melodies establishes a mesmerizing, transportive vibe that seamlessly reconciles elements of Afro-Cuban, modern and modal jazz with R&B, hip-hop and house music. “A lot of times [musical] phrases that contain rhythm and melody will be going on in my brain,” Lindner says about his compositional approach. “Then I’ll translate them on the piano. Sometimes it takes a while to figure what everything is, because the phrases aren’t clearly formed yet. A lot of times I don’t even use the piano to translate ideas; I just write the rhythmic figures down on a piece of paper or napkin.”

While Lindner is a self-admitted R&B and hip-hop fan, and he’s played with neosoul songbird Amel Larrieux, it’s surprising to hear that he’s not that much of a house-music head, especially given the trancelike quality of many of his compositions. “I think Marlon brings that house feel out,” Lindner says. “He has a lot of house in his playing like putting that bass drum on all of the down beats. I think maybe that’s why my music sometimes sounds like house.”

In addition to leading his own ensembles, Lindner is also the music director for Chilean-born singer Claudia Acuna. When the two met, Acuna hardly spoke English, but they promptly established a musical rapport, and Lindner has played in her group for more than three years now. You can hear their musical empathy on Acuna’s gorgeous new MaxJazz CD, Luna, especially on the Lindner-penned tunes “Yesterday, You and I” and “A Meditation on Two Chords”-a version of which is also featured in a version on Live/UK.

With a pending tour to promote Acuna’s new disc, Lindner’s career as a recording solo artist threatens to be sidetracked yet again. He does, however, intend to record his latest plugged-in combo in the near future. “I’m thinking about doing a home-studio recording to really work on it in great detail,” he says. “I really want to take my time with it.”