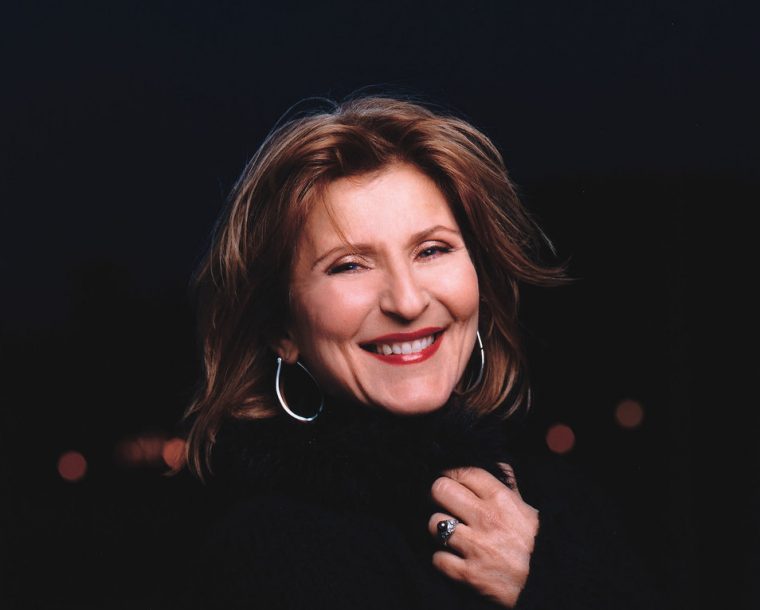 Hot on the heels of Cheryl Bentyne’s Talk of the Town follows fellow Man-hattan Transfer canary Janis Siegel’s eighth solo turn, Sketches of Broadway (Telarc). Anyone with the tiniest dram of talent can cobble together a respectable Broadway album. A slice or two of Cole Porter, dabs of Loesser and Rodgers, perhaps a piece of Sondheim, a Gershwin garnish and, voila, you’ve got yourself a playlist. But it takes a smart cookie like Siegel to assemble a genuinely thoughtful collection of Great White Way gems that avoids the been-there-heard-that predictability of a tired bus-and-truck tour.

Eschewing the big Broadway numbers that less imaginative singers tend to favor (the album-opening “Show Me” is about as close to a sing-to-the-balcony showstopper as Siegel gets), she instead “did a lot of research. I wanted to choose songs that would work outside of a theatrical context-that would work within a jazz framework.” In the esteemed company of bassist John Patitucci, vibraphonist Stefon Harris, guitarist Romero Lubambo, drummer Antonio Sanchez and producer-arranger-pianist Gil Goldstein, she handles everything from the saccharine schmaltz of Mame’s “My Best Girl” (renamed here as “My Best Beau”) and blazing optimism of “I’ve Got the Sun in the Morning” to the coy acumen of Harold Arlen and Johnny Mercer’s “It’s a Woman’s Prerogative,” from St. Louis Woman, and tongue-twisting merriment of Sondheim’s “The Story of Lucy and Jessie,” from Follies. (Sondheim, though, is even better represented by a stunningly beautiful reading of Company’s “Sorry Grateful.”)

Two lesser-known Rodgers and Hammerstein delights, Oklahoma!’s “Out of My Dreams” and The King and I’s “I Have Dreamed” are winningly combined as are “The Surrey with the Fringe on Top” (slowed to a sultry pace) and, oddly enough, Laura Nyro’s “Stoned Soul Picnic” (which, to the best of my recollection, was never part of any Broadway score).

Saving the best for last, Siegel closes with a gorgeous rendition of Comden, Green and Styne’s Do Re Mi ballad “Make Someone Happy” that is, indeed, guaranteed to make anyone with an ear for her stylish brand of vocal sophistication mighty happy.