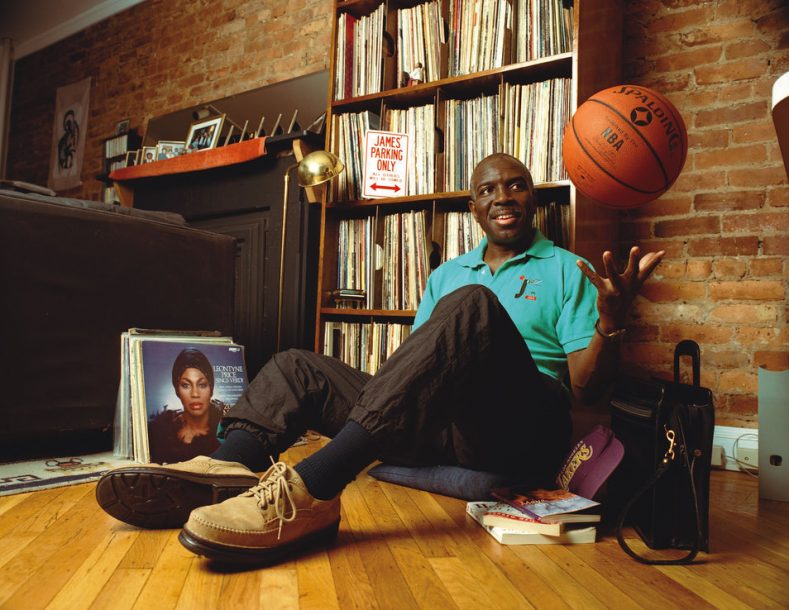 The Park Slope basketball courts are only blocks from James Williams’ Brooklyn brownstone apartment, and the pianist sure talks a good game. But the Hank Mobley Jazz Festival will start with or without the first-rate pianist and ball-court ringer, and Williams is required on the bandstand in just a few hours. Two-on-two hoops will have to wait.

“I always thought I’d become the next Willie Mays or Roberto Clemente, or the next Oscar Robertson. Didn’t have the height to be Wilt the Stilt. More like Wilt the Stump,” laughs the self-deprecating pianist, making light of his height. But if Williams handles the rock with the same athleticism and enthusiasm that he stomps the blues, his basketball opponents wouldn’t stand a chance.

The 51-year-old former Jazz Messenger stays in shape playing basketball and tennis when he’s not hosting his four older siblings from Memphis, touring with his Intensive Care Unit (ICU) or directing the jazz studies department at William Paterson University in New Jersey.

“Music is important in my life, but it does not consume my life,” Williams says. “I enjoy reading biographies, seeing movies, going to art galleries and supporting my colleagues. I try to live a balanced life. But I’ve still got hoop dreams. I keep telling those other guys I’m gonna whoop them. And I do mean whoop. Put that in quotes. They know who they are.” Mulgrew M., Wynton M. and Christian M.-James Williams hopes you’re reading.

Williams performed with a 19-year-old Wynton Marsalis and an 18-year-old Christian McBride in the early 1980s, and he grew up playing organ in the same Memphis church as pianist Mulgrew Miller. The gospel-tinged keyboardists share a musical alliance and a personal friendship that spans four decades and multiple stages. “Mulgrew Miller touches a special place in my heart,” Williams says. Miller also merits a special place on the wall above Williams’ Kawai piano, in a photographic reminder of their shared musical background and proud Memphis heritage. Photographs dance throughout Williams’ apartment, spilling from bookshelves and framing his fireplace with the kind of strict symmetry that’s missing from his loosely composed couch, crowded breakfast table and postcard-happy refrigerator door. His apartment is filled with idiosyncratic things like a Garfield oven mitt, a Chinese backscratcher and more magnets, paintings, posters and postcards of pianos than’s fashionable.

Like his apartment, Williams’ musical career is sprinkled with surprises. He taught jazz courses at Berklee College in Boston for six years until Art Blakey plucked him from academia and whisked him around the world with saxophonists Bobby Watson and Billy Pierce, trumpeter Marsalis and bassist Charles Fambrough. After a four-year, 10-album tenure with the Jazz Messengers, Williams formed the ICU and Contemporary Piano Ensemble. “There’s power in a group,” Williams says. “That’s what the record company people don’t want you to know. There’s strength in numbers.”

There’s also strength in Williams’ hands, which tightly hold the handrails as we board a shaky F train en route to his practice space in Manhattan, where he’ll meet saxophonist Eric Alexander for a last-minute rehearsal. It sounds like an afternoon duet, which Williams certainly excels at on the bandstand-and on the courts.

Audiophile? “Kenwood something? I’m not a strict audiophile. I’ve had this thing for 18 years, since I moved here from Boston. Still works.”

Clothing? “I like a relaxed, traditional thing-colors that express joy and life and enthusiasm, and shirts that accentuate your personality. Italian suits, too.”

Movies? “Traffic is one of the great movies I’ve seen. Ali, with Will Smith, too. Anything with Morgan Freeman, Denzel [Washington], Chris Rock or Jackie Chan.”