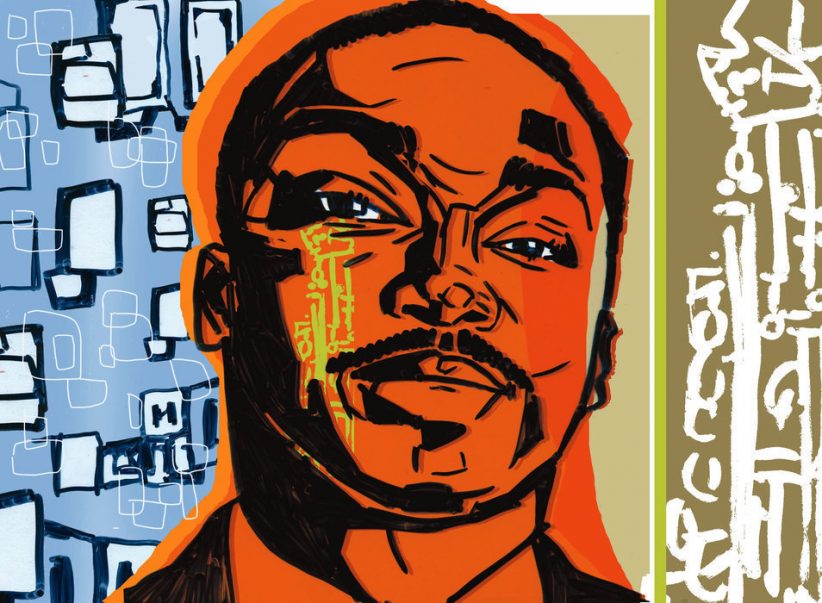 James Carter is sure to win over the skeptics with this CD. He almost got me, and I pride myself in having the jazz world’s most sensitive hype detector. And really, who can resist? Carter’s just so good. He’s practically perfect. What’s to doubt? I was ready to pronounce him King of Jazz after the first track, before David Murray slapped me upside the head and brought me to my senses a few tunes in.

Recorded over several nights in June 2001, Live at Baker’s Keyboard Lounge is a rollicking session that captures the loose vibe of a nightclub set to near perfection. Given Carter’s history of ancestor worship, you’d expect a tribute-and of course J.C. doesn’t disappoint. Only this time the homage is made less explicit, and it doesn’t involve a dead legend, rather the very alive and kicking bebop scene in Carter’s hometown of Detroit.

A smoking rhythm section sets the tone. Drummers Leonard King and Richard Allen, organist Gerard Gibbs, pianist Kenny Cox and bassist Ralph Armstrong kick some serious tail. A message is sent to the soloists: no coasting, lest you be revealed as a slacker. Fortunately, the band is slacker free. The rotating cast includes trumpeter Dwight Adams, alto saxophonist Larry Smith and a quartet of estimable tenor saxophonists: Carter (who also plays soprano and bari), Murray, Johnny Griffin and an 88 year-old Franz Jackson, a longtime fixture on the Detroit scene.

The jam gets off to an auspicious start with “Tricotism,” an Oscar Pettiford tune given a jittery New Orleans-style funk treatment. Carter’s Magic 8 Ball comes up “soprano” on this one, and it’s a good choice. His mind-numbing virtuosity is given free rein, reeling and careening up and down the small horn, in and out of the changes, over, under, and through the beat. In many ways it’s a stunning performance, almost revelatory. Almost.

Next up is “Soul Street,” a riffing blues featuring an extended solo by Gibbs. The organist has a powerful soul-bop style that’s a gas to behold. It’s obscured, however, by what I assume is a MIDI’d-up sampler routine, whereupon Gibbs’ organ morphs into a kind of digitized Manhattan Transfer. The canned beepin’ and boppin’ voices has a major “How’d he do that?” quality, but it reminds me more than anything of that Christmastime novelty tune in which dogs bark out “Jingle Bells.”

The band’s senior member makes a less gimmicky contribution. It’s nice to hear Franz Jackson, who’s new to me but obviously not so new in the broader sense, being so old and all. Jackson’s declarative, Armstrong-style vocal and gruff tenor work on “I Can’t Get Started” are highlights. Age has obviously taken a toll on his chops, but he’s nevertheless a soulful and inventive player whose penchant for playing fast and loose with the changes just adds to his charm.

Good performances abound, but David Murray comes closest to stealing the show. Murray’s one of the few to have made the ultimate jazz crossover: free to straightahead. Truth be told, he pretty much plays the same style regardless of the context, but what a style. His audacious solos on Eddie Harris’ “Freedom Jazz Dance” and George Duvivier’s “Foot Pattin'” are typically cantankerous Murray concoctions, full of his signature huge intervallic leaps, non sequiturs, distortions and eccentric harmonic choices. Indeed, it was Murray’s playing that jolted my critical faculties back into alignment after Carter knocked them askew on “Tricotism.” Just a few querulous notes out of Murray’s horn were enough to remind me which side of the aesthetic fence I was on.

As good as Murray is, it’s Carter’s show. Still, it’s interesting to compare the two. They share some things in common. For one thing, Carter has incorporated more than a couple of Murray’s tricks into his act, including that arpeggio-into-dog-whistle-territory thing that’s been a part of Murray’s bag since his free-jazz days. And both play with remarkable intensity. More instructive, however, are their differences.

For one thing, Murray has spent much of his career playing his own tunes. Even as an improviser, he is a melodist of genius. As convoluted as his solos get, they are for the most part made up of his own melodic lines. You rarely hear Murray play a lick or a quote or a sequence lifted from another player. There’s nothing the least bit studied or worked-out about Murray’s playing; at his best he’s always inventing on the spur of the moment, using materials of his own design.

Carter, on the other hand, seldom if ever plays his own compositions; he doesn’t seem to have written many. Carter has, however, seemingly absorbed every jazz and blues lick in the public domain, every old jazz tune, every permutation of every arpeggio in every key; every scale, every pattern, every stylistic quirk (wide, lazy vibrato, tight nervous vibrato, whinnies, snorts, glides and slides). He’s physically gifted enough to play everything at frightening speed with unparalleled control and smart enough to combine them in every conceivable combination. James Carter can play anything you’ve ever heard. He just can’t-or won’t-play anything you haven’t heard.

Is one approach better than the other? Is one player better than the other? I’d pick Murray as the more substantial artist, but that’s me. As for J.C., maybe he’s not the King of Jazz, after all he’s not perfect; Live at Baker’s shows him to be merely a very exciting player who, in the course of his development, has relied more on his sources than his inner resources. That’s no crime, but it is something we should keep in mind.

But in the long run the most important thing is not “Who cuts whom?” or “Who’s the best?” It’s how the collective works together to make the music as good as it can be. By that standard, Live at Baker’s is an unqualified success.