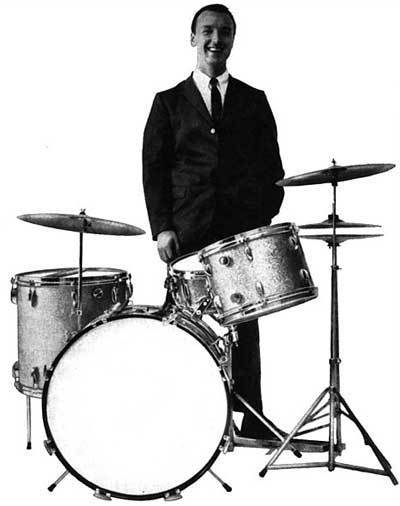 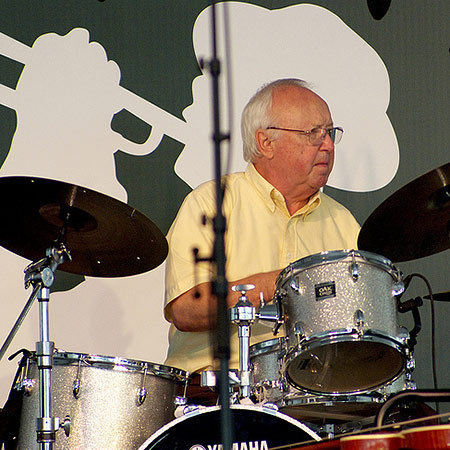 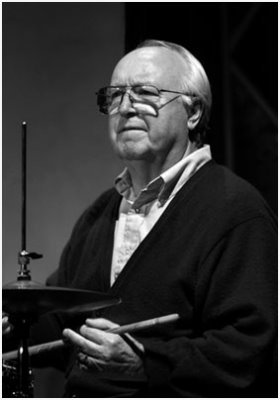 Jake Hanna, the great jazz drummer who died on February 12 at the age of 78, was what you would call a certifiable “character.”

With his heavy, New England accent, wild sense of humor and propensity to party, Hanna was nonetheless a serious student of the drums, quite the contributor to jazz, and a born teacher who was happy to dispense advice to drummers one and all. Whether they wanted it or not.

He played with a lot of great artists through the years, from Maynard Ferguson to Rosemary Clooney, but he will perhaps be most fondly remembered for his 1962 to 1964 tenure with bandleader Woody Herman’s orchestra.

The early 1960s were not kind to big bands, especially Herman’s. Sure, Ellington and Basie were touring, Harry James was working Vegas, and young upstart Maynard Ferguson was making quite the splash in the marketplace. But that was about it, and veteran Herman was really scuffling, switching between fronting some thrown-together small groups and mediocre-by his own admission-larger ensembles.

Things began to change when Jake Hanna joined up in 1962, and Herman’s big band got a long-term gig at a famed, New York City bust-out joint, The Metropole Cafe’, best known for booking the traditional jazz of “Red” Allen, Cozy Cole and Gene Krupa.

Given the peculiar layout of the place, the musicians were required to play on a narrow ledge behind the bar. It was so narrow, in fact, that it was difficult for the musicians to properly hear each other and determine where “one” was.

Herman’s band was no exception. They had to set up, literally, in single file. Fortunately, the band was facing a large mirror and the members were able to watch Jake Hanna’s “two” and “four” on the high hat pedal in order to figure out just where they were in the chart.

No matter. With the dynamic, hard-swinging drumming of Hanna-granted complete freedom by the leader–and soloists like saxophonist Sal Nistico, trombonist Phil Wilson, trumpeter Bill Chase, and arranger/pianist Nat Pierce, the band really caught fire and took off. Though not known as a soloist, Jake Hanna was a fiery, instantly recognizable timekeeper who could inspire the most lackluster of ensembles.

Ultimately, Woody Herman’s band landed a good contract with the Phillips record label, won several Grammy awards and ended up with a new lease on life as a major attraction in the jazz world.

Tired of the road, Hanna left Herman in 1964 and joined the house band of the Merv Griffin television program, where he stayed until 1975. He drifted back into jazz after that, recording a remarkable series of records as a sideman and leader for the Concord Jazz label, and playing with the likes of trombonist Carl Fontana and Supersax.

My first encounter with Jake Hanna took place in Atlantic City in the mid-1980s. In those days, many of the casino/lounges booked name jazz acts, including Jackie and Roy, Red Norvo, Frank D’Rone and various others. For several weeks in the winter of 1986, Resorts International booked a group led by the great trumpeter Jack Sheldon-best known for his stooging on the Merv Griffin Show-featuring Jake Hanna on drums.

I peppered Jake with questions on every break. Did he really use a bass drum cut down to five inches in depth? (He did). What was the size of his Chinese cymbal? And on and on and on. He answered every question with patience and good humor.

When the gig was over, circa 2 a.m., Jake insisted that I join him and the band for an after hours’ get together at Atlantic City’s Irish Pub. The Pub, in those days, was open 24 hours a day. I ordered a beer and he asked if I ever had a “black and tan.”

They don’t make guys like Jake Hanna anymore. These were giants who would informally mentor drummers, not only about playing but about life.

Incidentally, I had one of those five-inch-deep bass drums made for myself after my talks with Jake. It sounded fabulous.

He said it would.