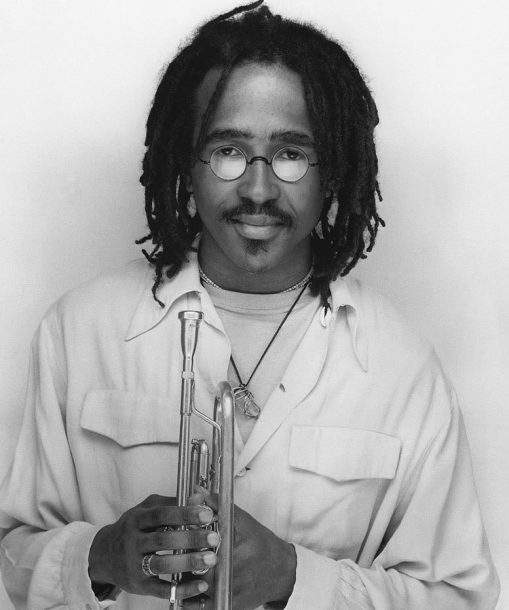 Trumpeters such as Russell Gunn, Graham Haynes, Tim Hagans and Roy Hargrove are reconciling the phrases and interplay of bop with the rhythmic (and sometimes harmonic) innovations of hip-hop, funk and electronica with astonishing clarity these days. Now, with the release of Jafar Barron’s funky debut, The Free-Bop Movement (Q Records/Atlantic), you can add another trumpeter to the list.

Originally released on the indie label Alafia Records, The Free-Bop Movement (Q Records) is a bold collection of nu-soul jazz, interspersed with cryptic spoken word from Oskar Castro. Tunes like the playful “The Buddha Monk Stomp,” the stank-drenched “In the Realm of Permanence: Where the Souls Be At” and the luminous “Warm and Pretty: Pretty Warm Thing” affirm Barron’s higher musical calling of not just playing by the book. With Miles Davis as the impetus for the album’s title (Barron hadn’t heard of fellow trumpeter Malachi Thompson or his longtime use of the word “freebop”), the Philly-based brassman suggests that free-bop reaches far beyond the musical realm. “Free-bop deals with the freedom to express yourself using the highest forms of logic possible,” explains Barron. “It’s expressing yourself in any kind of artistic way.”

Barron’s parents, tenor saxophonist George Barron and vocalist Janet Simms, are longtime players in the City of Brotherly Love, and he heard jazz all his life. “Coming up in that household, we listened to all kinds of music-Don Cherry, Pharoah Sanders, John Coltrane, all the heavies,” reflects Barron. After studying music in school as a child, Barron continued his jazz tutelage at Shaw-Howard University and Philadelphia’s University of the Arts.

Barron is now a part of Philly’s bustling music scene, which is featuring a resurgence thanks to R&B and hip-hop artists like The Roots, King Britt, Jill Scott and Eve. Right now, Philly is the place to be. “It’s been that way for years,” Barron says enthusiastically. “It’s always pulled people, back to the days of John Coltrane and Dizzy Gillespie. I guess it’s because of the supposed love aspect of the city.”