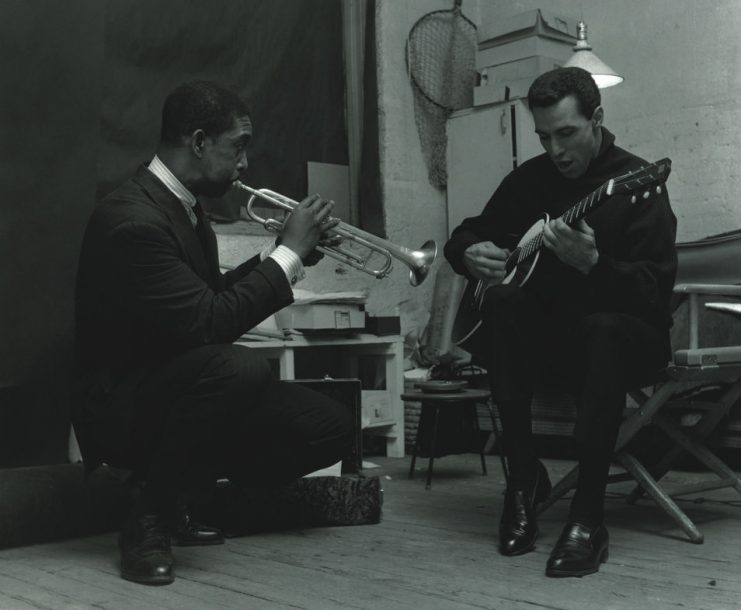 Two skinny, Italian-American guys from New Jersey, both equipped with extraordinary pipes. One, from Hoboken, emerges as the most celebrated singer of the 20th century. The other, from Nutley, builds as long a career, performing alongside the likes of Dizzy Gillespie, Charlie Parker, Charles Mingus and Peggy Lee, yet remains in relative obscurity. Why did Sinatra soar while Jackie Paris stalled?

The Paris portion of the question has long fascinated Raymond De Felitta. The Oscar-nominated filmmaker discovered Paris nearly two decades ago when an L.A. jazz station played Paris’ perhaps definitive interpretation of “Skylark” from the 1954 Brunswick album of the same name. It wasn’t, however, until March 2004 that De Felitta found Paris, thanks to a New Yorker listing for what would turn out to be his final club performance, at Jazz Standard. Paris, age 77, passed away just three months later. During those intervening weeks, De Felitta lived in Paris’ pockets, capturing every chapter of his poignant story, from his rapid rise (in 1953 Paris was named best new male singer in a DownBeat poll) and subsequent slide from label to label (Paris’ career output totals less than a dozen albums, all near-impossible to find) to his too-late, too-brief, too-isolated renaissance.