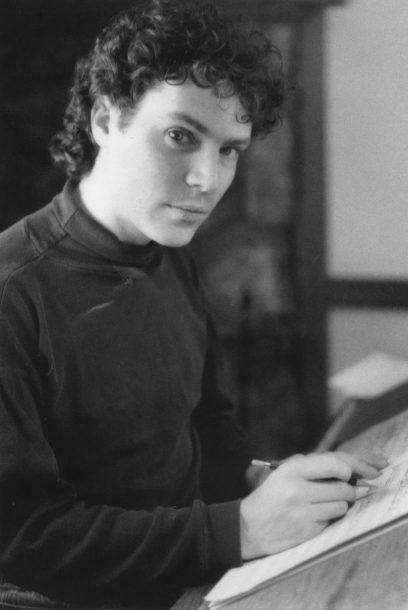 There are many fine musicians playing jazz today but precious few memorable composers. Where have they gone? To help find them, The Thelonious Monk

Institute and BMI have teamed up to present a yearly Jazz Composers Award and the 1997 winner was Jack Perla (the judges included Pat Metheny and Michael Brecker). The winning composition, “Roman Candles,” is included on Swimming Lessons for the Dead, his new Speak Your Peace CD. He co-produced the recording with Cookie Marenco and it features his Bay area quintet.

Perla is a Berkeley based pianist/ composer with a capital C who has also written for orchestra, chamber ensembles and solo instrument. Last year, the Oakland Symphony performed his “Trane of Thought.” A native of New York, he spent his formative years in the Big Apple where he led a group called Music Without Walls, which featured Marty Ehrlich.

Two years ago, he moved out to California when his wife was offered a research grant at Stanford. He digs the local players but sees the need for a venue to play new music because “there’s a bunch of really good writing performers out here, really fresh, individual voices and they need a place to play.”

Perla believes that jazz writing has become very formulaic: “When I think of Miles Ahead or other records where the writing isn’t formulaic, where it’s so much more advanced, I wonder, what happened? How is it that a form could evolve so far and then backtrack.”

Obviously, for Jack Perla, “composing is the main thing. That’s what makes me the most happy.”