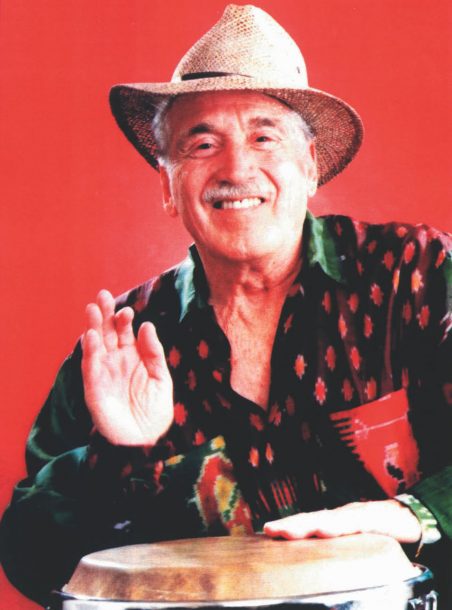 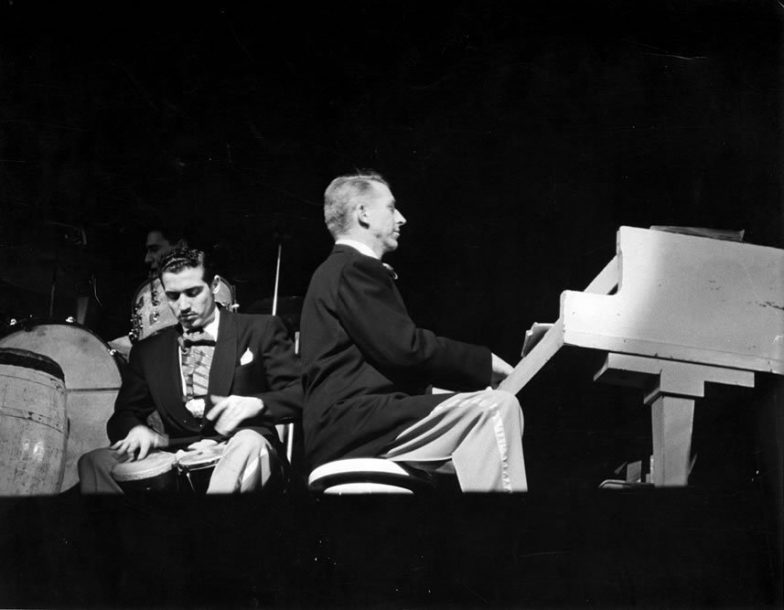 Jack Costanzo and Stan Kenton in 1947 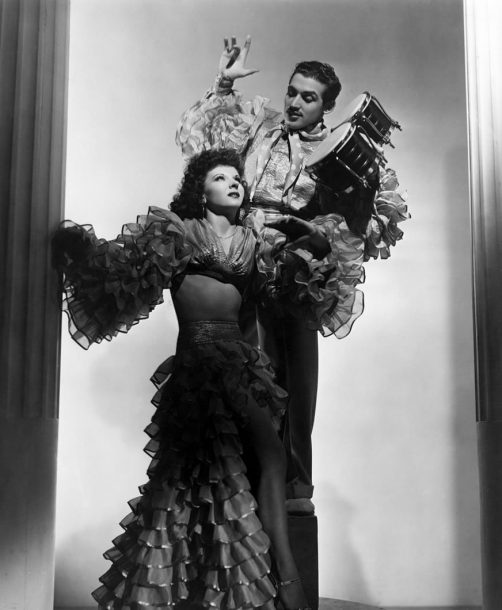 San Diego’s early ’90s groove-jazz movement rediscovered Mr. Bongo, as Jack Costanzo is known, and he began to sit in with The Greyboy All-Stars and B-Side Players. With his 2001 release Back From Havana for CuBop, Ubiquity’s jazz-Latin subsidiary, the 78-year-old Costanzo is enjoying another chapter in his revival. A super percussionist, who introduced the bongo drums into American popular music in the 1940s and 1950s performing with Stan Kenton and Nat King Cole, Costanzo is a transcendent figure who helped fuel popular appreciation for Afro-Cuban music as part of a potent jazz-flavored mambo and cha-cha scene that flourished in post-WWII Los Angeles.

Age is a touchy subject with Costanzo, but the Encyclopedia of Jazz says he was born in Chicago on Sept. 24, 1922. His family was from Sicily and liked to dance; he became a dancer and taught at a local studio in his teens. It was at the dance studio that he first heard bongos, when a Puerto Rican orchestra played there. He made his first bongos out of wooden buttercups by cutting down the stakes and tacking bass drum heads cut to size.

Costanzo served in the Navy during WWII, and he decided to check out Los Angeles after his discharge in 1945. His first professional gig was with the orchestra of Mexican bandleader Bobby Ramos. Costanzo joined the Lecuona Cuban Boys after musical director Armando Orifiche and his bongo-playing brother quit the band. The group took him to New York City to the Copacabana and gave him a taste of that exciting music scene. Upon returning to Los Angeles he played with Desi Arnaz and Rene Touzet.

In 1947 Costanzo joined Stan Kenton’s orchestra and made jazz history that year by introducing the bongo sound on landmark recordings like “The Peanut Vendor,” “Bongo Riff,” “Monotony” and “Abstraction.” The group was a huge success. “We sold-out Carnegie Hall and so packed the place they brought 150 people onstage to sit around the band,” Costanzo says from his San Diego home. “That had never been done before. So as we’re playing there’s people behind and on the sides of us. I did ‘Bongo Riff,’ a tune written by Pete Rugolo, and what a thrill! The next day we got so much publicity from that concert, I was a star!”

Kenton disbanded the group a year later, and Costanzo returned to L.A., where he heard Nat King Cole was looking for him to play with. He scored a hit with Cole, “Calypso Blues.” From there he worked with everybody from Frank Sinatra to Lawrence Welk as well as with Elvis Presley in Harum Scarum. In 1956 he started his own group, playing a jazzed-up son-guaracha sound patterned after Sonora Matancera, and did several albums for Capitol, Liberty and GNP-Crescendo.

“Now I play mostly conga. When I perform I do a couple of numbers on bongo; I haven’t given them up completely,” admits Costanzo. “I started playing congas with Nat King Cole. Kenton liked the sound of the bongos. The conga is a rhythm instrument and the bongo is like the salt-n-pepper with multibeats accenting. I love to play time and enhance a rhythm section, but soloing isn’t everything.”

Costanzo may be approaching 80, but he still sounds like a 20-something with fast hands. On Back in Havana, Mr. Bongo presents a diverse selection of jazz and salsa standards. Produced by Bobby Matos, it’s a portrait of a true West Coast Latin-jazz original. “This is the best thing I’ve done,” says Costanzo about his new album. “With this record I want to tour. I’ve been ignored a lot by Latinos. I introduced bongos into American music with the Kenton band and all my life I’ve gotten an attitude about why didn’t he use a Hispanic person. I had to fight that all those years. When I went with Nat it was worse because the black guys complained, Why wasn’t I African-American? Now I don’t care. I’m satisfied that I’ve done things that have been acceptable to all people.”