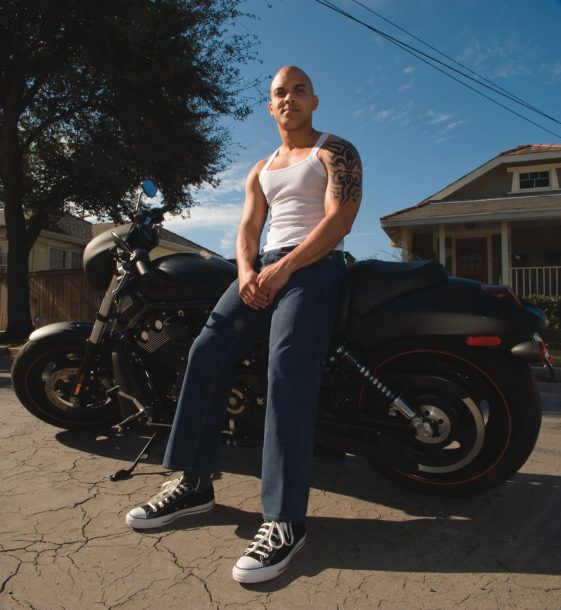 Irvin Mayfield is an animated, supremely self-confident 30-year-old with an easy laugh, a growing command of the trumpet and a soul-deep commitment to all things New Orleans. He lives in New Orleans’ uptown sector, in a comfortable yellow frame house with his wife and two young sons. Over the last few years he’s extended his reach beyond music to the cultural politics of his recovering city, and the push and pull of Mayfield’s civic profile continues to broaden. Pulling up in his black Range Rover, he was a bit late to our meeting, having been summoned to an assessment confab on homelessness. Ever since the calamity, which New Orleanians refer to as “the storm” (rarely “Katrina”), homelessness has been a mushrooming crisis; many people have taken to a growing encampment under the freeway overpass at Claiborne and Canal Streets.

“We’ve created so many homeless people post-Katrina,” says Mayfield, who lost his own father to the storm, an apparent drowning victim whose body was found weeks later on Elysian Fields Avenue. “So we were talking about mounting a campaign to really fix at least the outside homelessness because there are at least five different homelessness situations. So I may be a spokesperson for the effort.”

Mayfield’s other current civic passion is the New Orleans Public Library board, which he joined in December 2006. “My mama has always been a big literacy advocate and I learned how to play jazz a lot from the library. I would go to the public library and get all these jazz recordings to transcribe solos. After the storm the mayor tapped me for the library. I was more interested in the main branch and its proposed national jazz centerpiece downtown. I really didn’t want to get involved with the whole city system; I thought that was above my skill level. But the mayor said, ‘If you’re gonna do one piece you gotta do the whole piece.’ If you’re going to fix the culture of New Orleans, the library system was number one.”

Talk of his library board work turned to the stack of books in the room adjacent to his living room, which appears to have been transformed to a listening/rehearsal room encompassing his stereo rig, piano with a bass alongside, and a small set of covered drums. “I’m reading at least seven books; there’s a great book called Good to Great [by Jim Collins]. I’ve given it to all the board members of the library,” he says. “When I became chairman I implemented a new rule that at every board meeting everybody gets a book. Paolo Coelho’s book The Warrior of the Light is a great kind of follow-up to The Alchemist. And I just finished Salman Rushdie’s Shalimar the Clown. I’m reading [Chip Heath and Dan Heath’s] Made to Stick, which is another kind of marketing book, and I just read Madeleine Albright’s Memo to the President Elect; that was a phenomenal book. I’ve got this other book called Architecture as Experience [by Dana Arnold], which tells me why architecture is important.”

Pointing to the art on his walls, in particular five pieces that appear to be a series, Mayfield says, “Those are by a guy named Charles Palmer out of Minneapolis. Every piece has a spiritual designate. The closer you get to these pieces there’s so much hidden on the inside. Over here you’ve got ‘Bush destroyed democracy’ and if you look closer you see a slave ship in there, then you see old articles about slaves running away. I just love the power of his pieces.”

Regarding a vivid piece with musicians on the bandstand: “That’s a piece by a guy named Frenchy from New Orleans. He shows up and paints pictures on the gig; this is actually Los Hombres Calientes at the Howlin’ Wolf with Jason Marsalis, Bill Summers and Donald Harrison. Sometimes you can get caught up in the technique and forget the purpose.”

Los Hombres Calientes, a group Mayfield founded with Summers in 1998, was and is ambitious for combining Latin-jazz with NOLA music and postbop modernism, but in his solo work Mayfield appears to think even bigger. Check the trumpeter’s large-scale Strange Fruit album and recent post-Katrina requiem (both performed by his New Orleans Jazz Orchestra), as well as the Louisiana Philharmonic’s presence on some tracks on his current Basin Street Records collaboration with mentor Ellis Marsalis (Love Songs, Ballads and Standards).

But as it turns out, the new release, whose masters were damaged in the flood but thankfully preserved for release on Mayfield’s iPod, is the end of a cycle. The trumpeter yearns to return to the small group landscape, “getting back to the art of the quartet or quintet, a little more playing.” He elaborates: “I’m going to be looking for some energetic players. I want to get people who really know what they’re doing, who want to come together and make something happen. It’s harder to do it with a small group because everybody is so important, whereas with an orchestra if somebody has a weakness somebody else can make up for that.”

There is one key obligation Mayfield requires: “If you want to be playing part of my vision, you’ve got to respect New Orleans. You’ve got to know it, you’ve got to own it. That means you need to come and spend time here or start to investigate what it’s all about. I can’t have a band full of people who can’t see the New Orleans vision because it’s so important to me and so much of what I’m about. That’s what’s missing about a lot of jazz records.”

I’ve got this big system I spent probably $15,000 on, and I almost don’t use it anymore. I’m actually about to get rid of all of my equipment. I’m going to a simple stereo: It looks like it costs about $900, it’s got great sound, it’s sleek, and I can plug my iPod into it. The iPod has changed the game up so much you don’t need all that stuff anymore.”