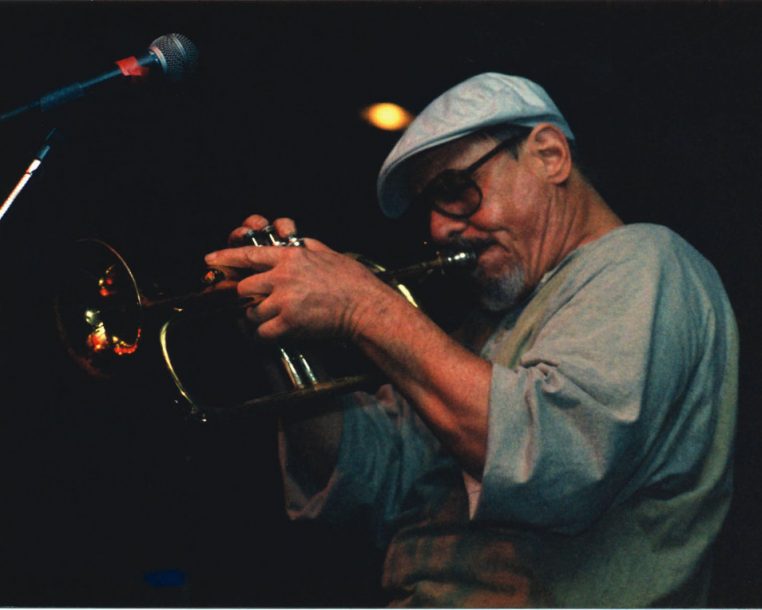 Ira Sullivan is as animated, worldly and versatile in conversation as he is on a vast range of wind instruments, so the 76-year-old hardly comes across as the retiring type. But when he left Chicago in the early 1960s after dominating the Windy City’s jazz scene for the previous decade, his destination was the retirement mecca of South Florida.

Forty-five years later, Sullivan sounds as surprised as anyone that he’s still in Miami, especially since he hasn’t retired. He still records, performs at clubs, churches and festivals, and teaches master classes.

“I never intended to come here,” Sullivan says. “I only came down to visit my parents. All I knew about Florida was the ad I’d seen in Popular Mechanics, with a gray-haired couple in a canoe saying ‘Retire in Florida on $15 a month.’ I figured there couldn’t be much jazz here, and there wasn’t. But a drummer I’d played with since we were both 17, Guy Viveros, had moved here seven years before I did. He found out I was here, and knew where the gigs were, so I started working and never left.”

Sullivan had also started a family with his wife Charlene. The couple has now been married for 52 years. Their oldest child, daughter Sunny, was born four months before Sullivan traveled from Chicago to New York City in 1956 to start a seven-month tour with drummer Art Blakey’s Jazz Messengers. Sullivan never missed that much time in the developmental stages of sons Ira III and Brogan, both born after he moved to Florida. “I vowed never to do that again,” Sullivan says. “And beyond that, the time with Blakey was frantic. I think he had about 11 common-law wives, so he’d have to visit them all before we’d go on a trip to have a meal and give them some money. Eventually, we’d leave with very little time to get to a gig. But in those days, if you got to your destination on the turnpike too quickly, they knew you’d been speeding and give you a ticket. So we’d speed, but then have to stop at a coffee shop to kill an hour before getting to the other end. We were always getting to gigs at the last minute. But the music was terrific.”

“I played for a week with Bird in Chicago,” Sullivan says. “He asked me to come to New York to play with him, and then he passed away a month later. But a doctor had gotten him so healthy that I had some great days with him, playing and talking about art and literature. He was always trying to educate himself, and was one of the warmest individuals I’ve ever met.”

Ira Brevard Sullivan Jr. initially learned to play trumpet at age 3 from his father in his hometown of Washington, D.C., just before the family moved to Chicago. As a teenager, Sullivan learned the tenor saxophone from his mother so he could replace an absent sax player in his high school concert band. Both parents only played for recreation, and at functions like family get-togethers.

Sullivan’s early influences were trumpeters Clyde McCoy (who had a hit in the early 1950s called “Sugar Blues”) and Harry James. Dizzy Gillespie’s bebop prowess also had a profound impact, as did his touring advice. “Dizzy said, ‘Ira, if you really want to be appreciated, go overseas.’ That was around 1950, and I didn’t get over there until 1977, but everything he had told me was still true. Away from America, people are more educated [about] and appreciative of jazz. A piano player I grew up with in Chicago, Eddie Higgins, is now a celebrity in Japan. After concerts, he’s greeted by thousands of people.”

Sullivan also taught himself the soprano saxophone, adding it to his collection of tenor and alto horns. He taught himself the flute with the aid of only one lesson, a four-hour session with former Miles Davis and Gil Evans multi-instrumentalist Eddie Caine. “Twenty years later, I was playing with trumpeter Red Rodney in California,” Sullivan says. “Eddie was living there, and he came in and said, ‘You’ve made me proud, because you’ve told everybody who you studied flute with. You’ve done a lot with it in the last 20 years.'”

For decades now, Sullivan has effortlessly switched between trumpet, flugelhorn and peckhorn; tenor, alto and soprano saxophone; and flute. He can even play drums if necessary. “I carry a pair of sticks with me,” Sullivan says, “because sometimes drummers are late. I don’t play the drums with a lot of chops, but I can swing and play in time.”

Sullivan’s dexterity helped him become a teacher after the move to South Florida, although his disdain for musical academia makes him prefer the term “nurturer.” Bassist Jaco Pastorius (who recorded on one track in 1975 for the A&M release Ira Sullivan) and guitarist Pat Metheny were two future icons who benefited from Sullivan’s outside-the-box ideas.

“I said, ‘Jerry, I’m not an academician.’ And he said, ‘Ira, I have academicians coming out my ears. I want someone who’s actually been playing live and recording all of their life.’ So on the first day, I walked in and saw a teacher with about 40 students, from ages 12 to 25. I looked at the blackboard, and he had ‘Giant Steps’ up there. I thought, ‘What kind of students are these?’ The teachers know that stuff, so they often make the mistake of assuming everyone does.

“Then he replaced it with ‘I Got Rhythm,’ and explained that it’s in the standard AABA form. So I asked the teacher, whom I was about to replace, to ask them to raise their hands if they didn’t understand what he had just said. One 12-year-old girl did, then the kid next to her, and pretty soon 38 hands were in the air. That’s when I knew I could do something there. I told them to put their books over by the radiator, and get out their instruments and experience fun with music. Soon I had all of those students playing free at the same time. You learn through playing, so I play along with students rather than lecture them.”

Some of Sullivan’s current nurturing projects include students at the New World School of the Arts in Miami, like 15-year-old bassist Carlos Alabaci. “I keep saying that, if things keep up like this, my students are going to be embryos,” Sullivan jokes. “It’s wonderful to see. Playing with Carlos is like playing with a 40-year-old man. He never misses anything.”

Though he’s spent nearly a half-century in Florida and ample time in New York playing with Blakey, Rodney and most recently saxophonist Eric Alexander, it’s clear where Sullivan’s allegiance lies-in his family first, and his adopted hometown second. “I never would’ve left Chicago if I hadn’t come down here,” he says. “Everyone always said, ‘You gotta go get your New York stamp.’ And I’d reply, ‘We lay in wait for cats from New York here.’ I had everything I needed in Chicago. But my children are very thankful, to this day, that they grew up in a family that was together after I moved here. I may have never become famous, but I have that.”