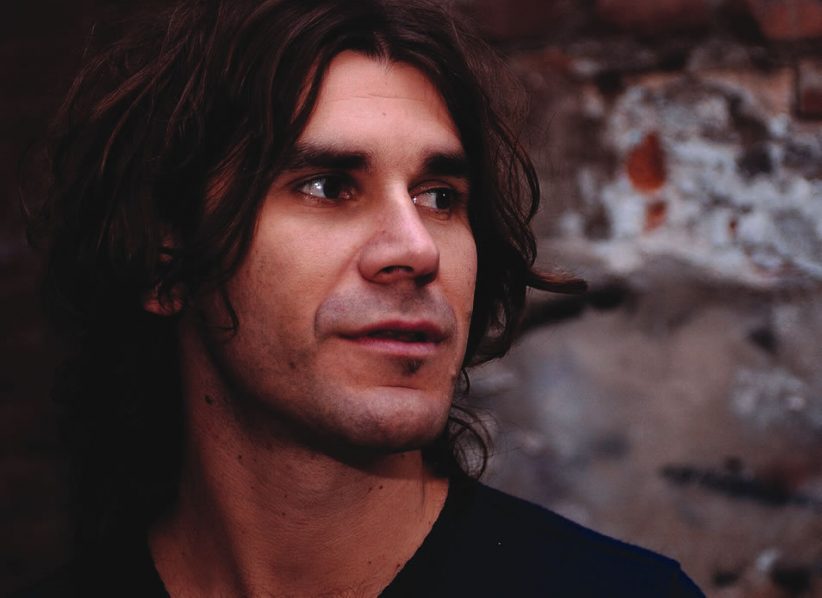 On the edge of the East Village is a white door illuminated by a single blue light. You could easily wander past 62 Avenue C and, if you notice it at all, think the entrance leads to nothing more than an unexceptional residence. But like so many buildings in New York City, its plain façade belies the colorful activities inside.

Behind the white door is Nublu, a nightclub run by saxophonist Ilhan Ersahin, 41. It’s tiny, holding 140 people maximum, but the buzz-worthy venue has already spawned one superstar vocalist, Norah Jones, and one increasingly popular band, Brazilian Girls. Jones sang with Wax Poetics, one of Ersahin’s numerous collectives, for two years after she moved to New York from Texas. Brazilian Girls, whose second album Talk to La Bomb just came out on Verve Forecast, met each other and developed their sound while holding down a residency at Nublu.

After several delays due to distribution problems, ringleader Ersahin is finally leveraging the Nublu name with a record label. Kudu’s Death of the Party kicked things off in March, followed this fall by the self-titled debut by Our Theory (a psychedelic jazztronica record featuring French trumpeter Erik Truffaz), Love Trio’s reggae-steeped In Dub, featuring the legendary Jamaican toaster U-Roy, and Forro in the Dark’s Bonfires of São João.

The label captures the eclectic nature of the club-and the somewhat spontaneous spirit in which the venue was founded. “My aim was not to do a big club; my first aim was to do a little café and have friends hang out and play,” Ersahin says. “One day I just saw this space that was for rent in the East Village. It was a perfect space: the rent wasn’t too expensive, it had a beautiful garden, it had this organic club feel to it.”

Now in its fourth year, Ersahin says the Nublu nightclub “feels like a big workshop” owing to the way bands hold residencies and collaborate with fellow musicians. While much of the music is dance-club-friendly jazz and electronica or groove-oriented rock, the avant-garde composer and bandleader Butch Morris holds his “conductions” at Nublu every Monday night. “I was playing with his orchestra before I opened up Nublu,” Ersahin says. “Butch is a huge influence on all of Nublu and Nublu bands. He’s such an open-minded master. He’s like the hidden master behind the whole New York City downtown scene.” Other nights you might find jazz drummer Kenny Wollesen leading the collective, funk-punk band Kudu, Brazilian modernists Forro in the Dark or, on weekend nights, Ersahin fronting one of his numerous projects, including Wax Poetics, Love Trio, Wonderland and Our Theory.

The club and label’s catholic lineup owes everything to Ersahin’s rangy tastes. “My earliest influences were Swedish jazz and Jan Garbarek,” says the Scandinavian-born son of a Swedish mother and a Turkish father. “But I started as a musician playing all sorts of stuff-more popular sounds of the day: punk, reggae, dub stuff.”

Ersahin moved to the U.S.A. when he was 20, and in the ’90s, he says, “I became more involved with the jazz scene. I also went to school with Brad Mehldau and Chris Potter. I started playing a lot with Larry Grenadier, Jeff Ballard, Ben Street, Kurt Rosenwinkel-I was kind of in that gang. But around ’95, when English groups like Massive Attack and Portishead started coming out with records, it sounded very natural to me because I come from more of a dub-rock background; I wasn’t really growing up with jazz music.”

Finding much of the jazz scene “repetitive” and “boring,” Ersahin started cultivating relationships and throwing parties that reflected his worldly musical vision. It wasn’t until later that he came up with the Nublu tag. “I just thought Nublu was the proper name for the type of music we were doing,” he says. “It comes from the thinking of jazz-the Miles Davis-type thinking-using New York City elements, being open to different types of music.”