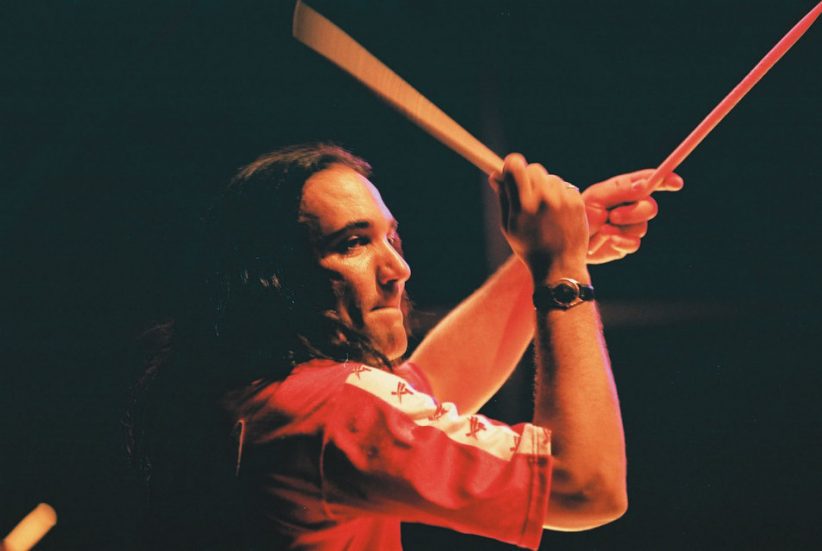 When drummer Horacio “El Negro” Hernandez was 14 years old he went to jail for playing “revolutionary” music in Cuba. “I was playing in the most popular rock ‘n’ roll band in Cuba,” he explains from the safety of a public radio studio in New York. “It was a little kids’ thing, but it was really happening. We’d have parties with 3,000 or 4,000 kids dancing. We were playing at a place on the beach one night when all of sudden the Special Forces came with huge lights and machine guns. They made everyone get on the floor and arrested us for being subversive, against the government.”

Before being released to his parents Hernandez spent three weeks in a Havana maximum-security prison used to house those that challenged the government. He remembers that when the authorities came his band was playing “White Room,” Cream’s classic rock staple written by Jack Bruce.

Fast-forward 25 years and “El Negro” (a childhood nickname) Hernandez is now one of the most in-demand drummers in New York in both jazz and Latin jazz circles. He is no longer considered a subversive, but he is certainly agitating a new direction for Latin jazz with the release of the first CD under his name, Italuba (Universal Latino).

The CD was recorded two years ago in Torino, Italy-hence the CD title, which is a contraction of Italy and Cuba-with three other Cuban jazz musicians: trumpeter Amik Guerra, bassist Daniel Martinez Izquierdo and pianist Ivan Bridon Napoles. The music on Italuba reflects the group’s structured freedom within the clave but with an undeniable contemporary current.

While Hernandez’s name is on the cover he says the group is really more a collaborative unit. “I don’t want to be a leader, I would rather be one of the four,” he says. “Italuba is really the four of us sitting around a table and working on different ideas and different ideas to make this music. The other three members bring to the table the freshness of the very youngbloods in Afro-Cuban music.”

Hernandez was once one of those youngbloods in Cuban music (he turns 40 this year). Born into a very musical family, he started his formal musical training at the famed National School of the Arts in Havana. While he says traditional Cuban son was the lingua franca of his grandfathers and uncles, his father was a jazz DJ, one of the few in Cuba in his day. He says he was hearing Coltrane before he was even born.

After he finished school, he became the house drummer for the legendary EGREM studios in Havana. Hernandez calls the time spent there a finishing school for his later musical life. “I would go from studio to studio doing sessions or rehearsals with all the top popular and traditional musicians in Cuba,” he says. “I became very good at adapting to arrangers who had completely different approaches to the music.” Hernandez says the studio became his second home. “I would sometimes play 20 hours a day. I had a small mattress set up so I could get a few hours of sleep in between sessions.”

The drummer’s breakthrough was becoming a member of Gonzalo Rubalcaba’s groundbreaking Grupo Projecto, which was a jazz-fusion band with rumba roots. It was during their travels outside of Cuba that the world began to take notice of Horacio Hernandez. In 1990, he asked for asylum to the U.S. while on tour in Italy. Bureaucracy kept him there for 3 years, but he never lost sight of his ultimate goal: to set up shop in New York City, the jazz capital of the world.

Since coming to the U.S., Hernandez has played on recordings and tours around the world with the biggest names in jazz and Latin jazz, including McCoy Tyner, Paquito d’Rivera, Roy Hargrove, Rubalcaba and Michel Camilo to name a few. He won a Grammy as part of the team that recorded Santana’s phenomenally successful Supernatural, and he has a respected career as a percussion educator.

Twenty-five years after that fateful rock ‘n’ roll gig, in an interesting twist that Hernandez calls destiny, Jack Bruce is one of the scores of musicians who now consider Hernandez a peer-the drummer plays on the bassist’s latest CD, More Jack Than God (Sanctuary).

“Life is so wonderful, so miraculous that years after [getting arrested] I get a chance to record and play with Jack Bruce,” he says. “That story always says to me that there is a life beyond any wrong that can happen or any bad situation you find yourself in. There is a lot of life out there with lots of surprises just waiting for us.”