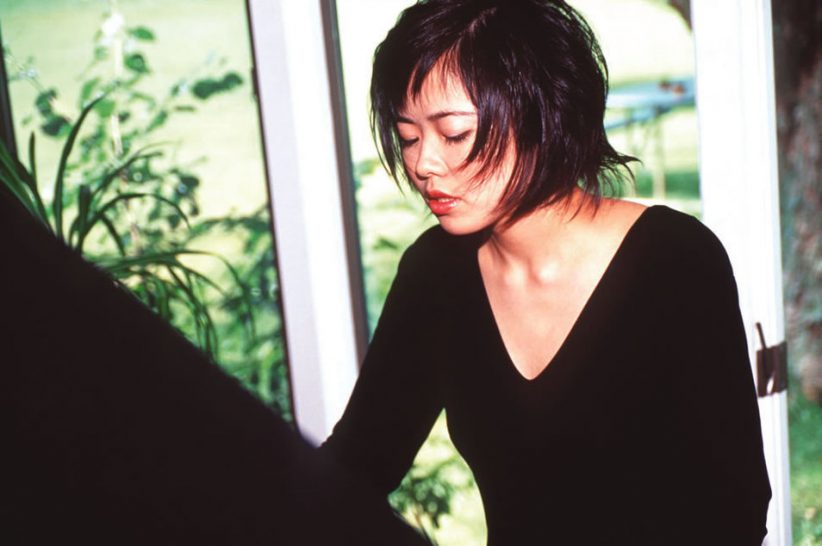 Pianist Hiromi Uehara doesn’t want to put a name on her music, she says, because it’s a rounded combination of elements from classical, rock and jazz that can’t fit any musical square holes. As evidence, “XYZ” opens her debut album Another Mind (Telarc) with a count-off worthy of a hardcore punk band and a blistering tempo to match. Like many of the album’s nine originals, this tune features several distinct and varied sections, including a portion where Hiromi flies over the odd-meter ostinato of bassist Mitch Cohn and drummer Dave DiCenso. It draws as much from King Crimson as Oscar Peterson, to whom she tips her hat in the solo “The Tom and Jerry Show” at the end of the album.

Growing up in Shizuoka, Japan, Hiromi began playing piano at age six and later attended the Yamaha School of Music. There, teacher Noriko Hikida gave her unique instructions such as “play red,” or saying a section of music needed “to sound like dad.” “I could really play from the heart and not just my ears,” Hiromi says. At 17, Chick Corea invited her to perform with him, and three years later, she enrolled at Berklee.

Richard Evans, one of Hiromi’s instructors, passed her demo to Ahmad Jamal, who wound up coproducing Another Mind with him. Along with Cohn and DiCenso, Hiromi’s working trio, veteran bassist Anthony Jackson, alto saxophonist Jim Odgren and guitarist Dave Fiuczynski appear on a few tracks. “010101 (Binary System)” starts with a funky lick, this time on synthesizer, before moving back to the 88s for a fast riff. “Joy” takes on a gospel mood, while “Double Personality” offers nearly 12 minutes of whiplash-inducing changes.

Hiromi graduated from Berklee School of Music in May, with a concentration in orchestration, something she plans to pursue in her writing down the road. “My dream is writing something for orchestra and piano, like a piano concerto. Now I’m really into trio stuff and I want to work on more trio-based originals for the next few albums.”