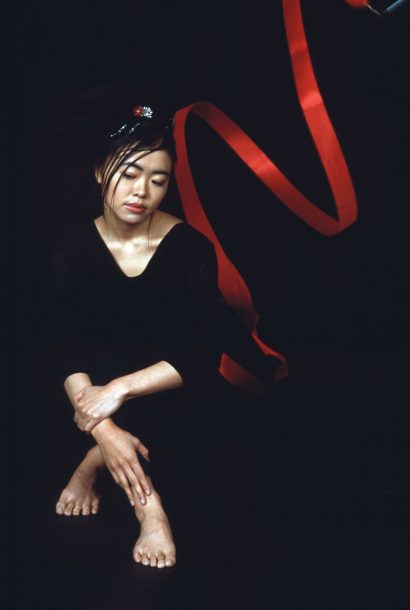 Under postcard-perfect skies, the 2006 JVC Jazz Festival in Newport, R.I. was one of the most satisfying in a long while. That satisfaction was due in small part to the big names there and in large part to the less-known artists playing the legendary festival in the land of mansions and yachts.

This is not meant as a slight to John Pizzarelli, Jane Monheit, Dave Brubeck, McCoy Tyner, Dr. John, Arturo Sandoval, George Benson or Angelique Kidjo, all of whom put on top-notch, crowd-pleasing shows, but the most exciting artists of the weekend-long, 29-concert event turned out to be the newcomers making their Newport debuts. And it was the two youngest bandleaders-trumpeter Christian Scott (pictured) and pianist Hiromi Uehara-who stole the festival and had the small-stage audiences begging for more.

Scott, the 22-year-old nephew of saxophonist Donald Harrison, showed no signs that he might have been intimidated by the storied, 52-year history of the Newport festival. Scott and his young sextet tore through an electrifying set of originals drawn partially from his debut album, Rewind That. Scott’s attack on the horn was by turns brash and mournful, and his sideman concocted an infectious blend of soul jazz, funk and swing that would have made Miles smile. You could see the adrenaline pumping through Scott as he blew holes through “Say It,” which he said was inspired by a race-fueled confrontation in Boston when he was a Berklee College of Music student. Between songs, Scott regaled the audience with tales and finally invited his girlfriend, the bassist Esperanza Spaulding, to join the group for a jam.

Hiromi, who goes by her first name, ranks among the most dynamic pianists in jazz today. She landed a recording contract while still in her senior year at Berklee, and now she has three strong albums under her belt. She put on a hurricane-force set toward festival’s end, rumbling all over the piano’s low end, pounding up and down the 88, and switching to sci-fi sounds on her synthesizer. She rose up and off the bench, contorting and jerking her body, making clear that she felt the music as much as she played it. Like Scott, she focused on her own compositions, leading electric bassist Tony Grey and drummer Martin Valihora on a journey through the bop, blues, rock, pop and funk idioms-sometimes all in the same tune. Her own “Spiral” was a case in point. She introduced it ever so quietly, playing a passage that was almost impressionistic while Grey and Valihora grazed their instruments, and then suddenly the texture morphed, and pop-rock chord changes appeared out of nowhere. Hiromi then banged away, so hard and fast that she just had to lose track of where she was, except she didn’t. It occurred to me that Hiromi would probably play the keys with her fists if she could pull it off-and then two songs later she did!

We got to see the young, much-hyped pianist Robert Glasper in two settings-first with his own trio, and then with his trio supporting the Paris-based trombonist Sarah Morrow. Glasper played powerfully but took his time developing his ideas, and the crowd was thrilled to take the ride with him. His elastic playing on “G and B” drew from African and Latin rhythms, and he threw lots of notes at his solos, whipping up a storm and then letting it subside. In support of Morrow, he reined it in a bit, and Morrow harmonized in unexpected ways while leading the group through arrangements of “Blue Monk” and “Caravan” that were so tricky they rendered the tunes nearly unidentifiable. One only wishes the softer passages hadn’t been marred by the arrival and loud pumping of a septic-service truck, though it was appropriate that Morrow was growling with the plunger at the time.

It was a treat to see violinist Jenny Scheinman with her brand-new group, which put pianist Jason Moran in a supporting role. The quartet, rounded out by the tough drummer Jim Black and bassist Matt Penman, kept the crowd on its feet by switching up the genres. Scheinman often played lovely melodies while Black extracted a harsh metallic sound from his kit and Moran laid down gorgeous blues runs. The set was an exercise in synergy and smart juxtaposition-1920s-style hot jazz tinted with bluegrass, honky-tonk blues tinged with rock licks. Heck, they played a lullaby that swelled into a nightmarish vision. But then they could play it straight, too. They did the obscure Duke Ellington tune “Awful Sad”-which Scheinman declared her favorite song-so authentically that you could close your eyes and imagine yourself in an old saloon rather than by the sailboats of Narragansett Bay.