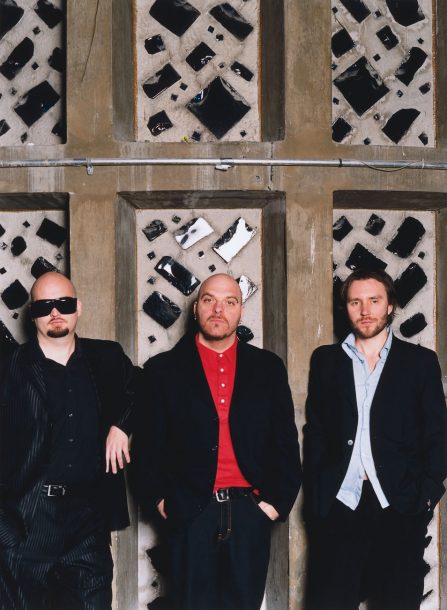 In a special Carnegie Hall concert honoring Village Vanguard proprietor Lorraine Gordon, who at 83 is one of the most provocative and unapologetically outspoken octogenarians on the jazz scene, emcee Jeff Levenson waxed poetic about the little wedge-shaped subterranean room founded by Max Gordon in 1935 as a haven for poets, writers, folk singers, jazz artists and assorted hipsets. “You go down those 15 steps, leaving the wackiness of the real world behind, and you enter some dreamy alternative realm,” Levenson told the audience in summarizing his 25 years of attending gigs at this hallowed space. “It’s like that Technicolor moment in The Wizard of Oz where everything looks different and you sense that you belong,” he continued. “It’s a place where you’re afforded this different kind of reality, it’s a remarkable gift bequeathed by Max and Lorraine. They’ve created a place for guys like me to believe, to dream. And when you descend those 15 steps, you realize that you’re home.”

After Max died in 1989, his widow Lorraine maintained the spirit and character of the world’s most renowned jazz club while putting her own stamp on the venue with pet bookings like The Bad Plus, the Bill Frisell Trio, Roy Hargrove (pictured) and Dr. Michael White’s Original Liberty Jazz Band.

Four key bands during Lorraine’s stewardship at the Vanguard gathered to pay tribute to her feisty legacy with music and personal testimony, directed from the stage to the upper loge where she sat observing the proceedings.

First up was New Orleans jazz educator, historian and clarinetist Dr. Michael White, whose Original Liberty Jazz Band has become a New Year’s Eve institution at the Village Vanguard. After opening with the traditional early New Orleans jazz number, “Shake It And Break It,” White moved his crew into his own Eastern European-flavored number “Give It Up (Gypsy Second Line),” from the group’s 2004 recording on Basin Street Records, Dancing in the Sky. Their take on George Lewis’ slow, earthy “Burgundy Street Blues” was distinguished by some serious testifying on the front line from trumpeter/vocalist Gregory Stafford, trombonist Maynard Chatters and White on clarinet, while the rhythm section of pianist Steven Pistorius, banjo player Detroit Brooks, bassist Mark Brooks and drummer Herman Lebeaux held down the groove in toe-tapping fashion.

Another Vanguard regular, drummer Paul Motian (who recorded a historic live session at the club back in 1961 with the Bill Evans trio), presented a set of subtle textures and nostalgic melodies with his Trio 2000+1, featuring bassist Larry Grenadier, tenor saxophonist Chris Potter and vocalist Rebecca Martin. With Motian alternately cutting up the beat in his inimitable, unorthodox fashion and supplying an alluring undercurrent with Zen-like brushwork, Potter blew robust tones and breathy call-and-response figures behind Martin as her sonorous pipes wafted through ’40s-era nuggets like the melancholy “Everything Happens To Me,” the poignant Jerome Kern-Oscar Hammerstein tune “Folks Who Live on the Hill” and the buoyant Bing Crosby vehicle, “You’re Getting To Be A Habit With Me” (all of which appear on the group’s recent Winter & Winter release, On Broadway, Vol. 4: The Paradox of Continuity).

Trumpeter Roy Hargrove showed flashes of brilliance on up-tempo bop-informed numbers and a real penchant for melodicism on ballads. His exhilarating set featured his current working quintet of alto saxophonist Justin Robinson, pianist Ronnie Matthews, bassist Dwayne Burno and drummer Willie Jones III. Vibist Bobby Hutcherson appeared as a special guest, although his instrument was barely audible in the mix. Hargrove played with a vivaciousness to match his virtuosity, further asserting his place as one of the reigning trumpet kings of his generation with his energetic, slashing style. His band also demonstrated a real command of the Afro-Cuban idiom on the title track to Hargrove’s recent Verve release, Nothing Serious.

The Bad Plus, darlings of Lorraine’s since before they were signed to Columbia Records in 2002, turned in a set that was good-humored, clever, musically accomplished and not without charm (particularly their faithful reading of Burt Bacharach’s schmaltzy “This Guy’s In Love With You,” which they dubbed “This Band’s In Love With You” in dedication to Gordon). Bassist Reid Anderson’s minimalist ballad “Giant” was a highlight of the set while drummer Dave King also contributed the quirky and evocative “Thrift Store Jewels” and pianist Ethan Iverson offered the tempo-shifting opener, “Mint.” The fact that their music-though intricate, technically accomplished and charming for the most part-bore little resemblance to the Village Vanguard’s jazz legacy didn’t seem to matter to this Carnegie Hall crowd, which rewarded The Bad Plus with a hearty ovation.

The evening came to a rousing close with a swinging set by the Vanguard Jazz Orchestra, now in its 40th year as a working ensemble. Originally the Thad Jones-Mel Lewis Orchestra, Max Gordon booked the group for three Mondays in 1966. When Jones left the band in 1979 to move to Copenhagen, where he led the Danish Radio Orchestra, Lewis assumed control of the group and hired trombonist-composer Bob Brookmeyer to generate new material for the ensemble. When Lewis died in 1990, the existing members decided to continue the band as a cooperative endeavor. They continue to play every Monday night as the Vanguard Jazz Orchestra with trombonist John Mosca as director, alto saxophonist Dick Oatts as artistic director, bass trombonist Douglas Purviance as orchestra manager and pianist Jim McNeely as composer-in-residence. They opened with a hearty rendition of Thad Jones’ “Three and One,” then moved into McNeely’s “Hardly Ever,” which appears on the VJO’s new Planet Arts recording, Up From The Skies. Special guest Joe Lovano, a member of the group during the Mel Lewis years, blew some exuberant tenor sax over “Nasty Dance,” a new piece written for especially for Lovano by Brookmeyer. They closed with a burning rendition of Thad’s “Little Pixie,” a “Rhythm” changes vehicle that featured some tight Four Brothers-styled unison work from the sax line of alto players Oatts and Billy Drewes, tenor players Rich Perry and Ralph Lalama and bari-burner Gary Smulyan. Other notable soloists during their invigorating set included trumpeters Terell Stafford and Joe Magnarelli and trombonists Mosca and Luis Bonilla while the stellar rhythm section of bassist Dennis Irwin, drummer John Riley and pianist Jim McNeely provided the glue that held the 16-piece juggernaut together.

This musical love letter to Lorraine Gordon went right up until Carnegie’s union-imposed curfew of 11 p.m., at which point the house lights were abruptly turned on, basically giving the hook to the VJO before it had put the capper on its last number. Other than that rude intrusion, it was a celebratory evening of good vibes and good music. The Vanguard’s grand dame finally got her due on this memorable night.