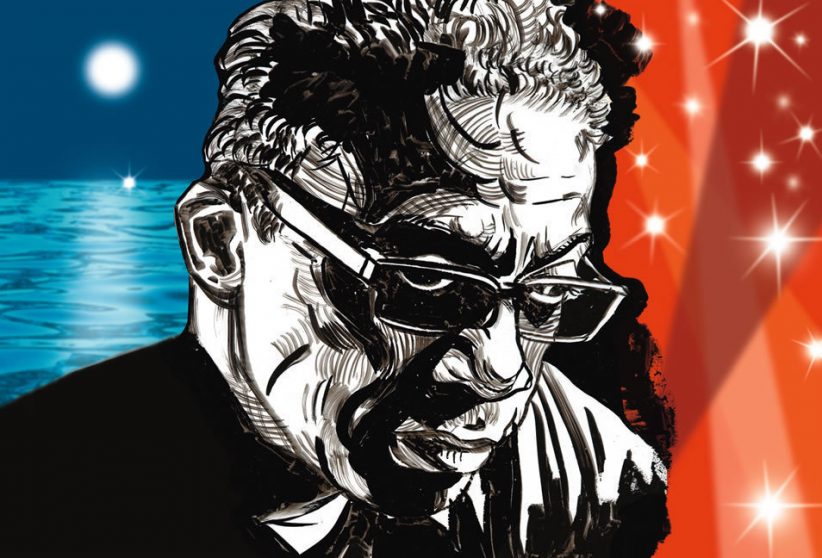 A Herbie Hancock performance will never be insignificant, but this JVC Jazz Festival showcase, coming on the heels of the pianist’s Grammy upset for River: The Joni Letters, seemed to carry additional meaning. Here we have a living jazz master who has crashed the gates of pop music for the umpteenth time since the ’70s, beating out Amy Winehouse and Kanye West-an unthinkable mainstream plaudit for an album of high-jazz sophistication, his best in years. Again and again, the River Grammy is being cited as evidence of newfound marketplace respect for jazz. So, what sounds would Herbie bring to Carnegie Hall? We’d find out in time. But first, guitarist Lionel Loueke, a member of Hancock’s touring band, warmed up the crowd with a trio set, playing music from his Blue Note debut, Karibu.

Loueke, from Benin, has come to epitomize jazz internationalism in the ’00s. So has his entire trio, with Italian/Swedish bassist Massimo Biolcati and Hungarian drummer Ferenc Nemeth, both of whom have released impressive records in recent months (Persona and Night Songs, respectively). Loueke’s absorption of the Brazilian acoustic fingerstyle tradition, and his blending of West African folkloric song with a distinctly Hancock-ian approach to extended jazz harmony, has empowered him to make highly individualized music, as complex as it is accessible. The perennial problem in Carnegie Hall is how to get across this kind of a sound, which, for all its texture and subtlety, relies on amplification. A room designed for 19th-century orchestras doesn’t always take well to drum sets and Fender Twins.