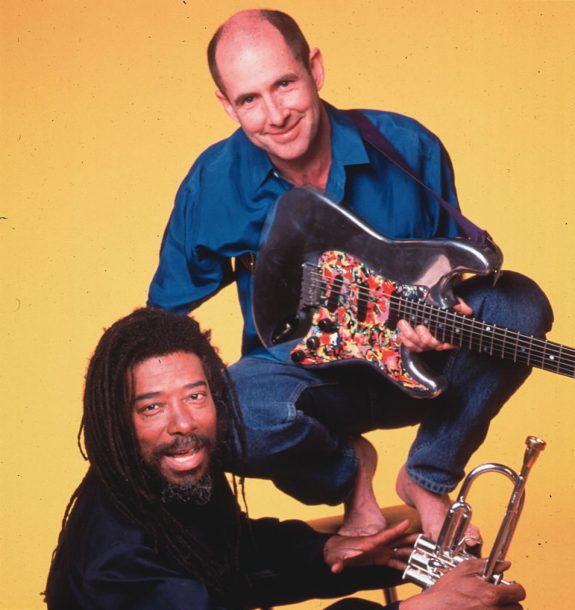 Suddenly, there’s a wellspring of interest in Miles Davis’ notorious electric period. The latest in a series of tributes is Yo Miles (Shanachie), a summing up of mid-’70s Miles by guitarist Henry Kaiser and trumpeter Leo Wadada Smith. This two-cd set-sprawling jams that evolve organically just as the pieces did on Dark Magus, Panagea, Agharta, In Concert, On The Corner and Get Up With It-captures the renegade spirit of Miles’ most provocative music.

With a core band of Michael Manring on bass guitar, Nels Cline and Chris Muir on guitars, Lukas Ligeti and Wally Ingram on drums and percussion,Yo Miles also features a host of special guests including John Medeski on organ, Freddie Roulette and Elliott Sharp on lap steel guitars, Paul Plimley on piano and the Rova Sax Quartet on reeds.

“Originally we were going to do it with just guitars,” explains Kaiser. “That way you could get around having some trumpet player go up against the Miles mystique. But then I saw Wadada doing a solo concert and suddenly realized, ‘Wait a minute, here’s the guy who could really do it!’ I told him about the record we were going to make, focusing on the 1972-1975 period, and he said, ‘That was the most beautiful music Miles ever made. Count me in.'”

The project marks Smith’s first-ever use of electric trumpet, which he took to naturally on “Calypso Frelimo.” Elsewhere, the trumpeter is on his own terms, referencing rather than imitating Miles. “The whole process was a little different than covering tunes,” says Kaiser, who has also recorded and performed tributes to Albert Ayler and the Grateful Dead. “We just tried to understand the Miles system and apply it.”

Yo Miles was a personal triumph for Kaiser, a die-hard Miles fan who witnessed the mid-’70s electric band on 15 separate occasions. Smith is pleased with the feedback he’s gotten on the album, adding, “I’m hoping that Miles Smiles won’t be just an album title.”